Digital cards games are hit with established video game franchises these days. Just look at Hearthstone, Gwent, and The Elder Scrolls: Legends. But one beloved series, Square Enix’s Final Fantasy, is finding success in the physical realm of card games.

The Final Fantasy Trading Card Game has shipped more than 5.5 million packs worldwide. The game has existed in Japan since 2011, but it only recently appeared in Europe and North America last November. The expansion into new markets and languages has extended its reach to Final Fantasy fans around the world. 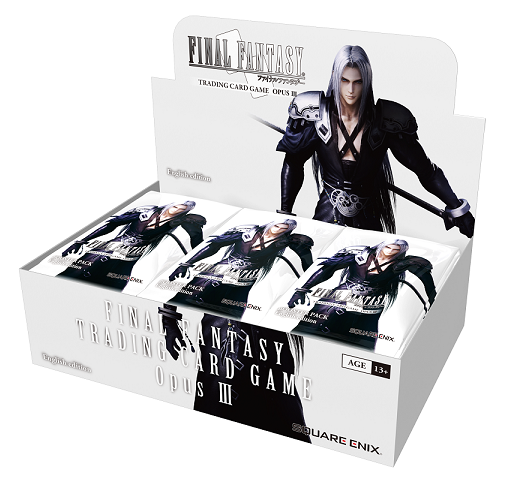 Above: Opus III is the next expansion.

The Final Fantasy card game has two players battling against each other, using resources (either by tapping or discarding cards) to play and attack with characters. Each player has seven health, and every attack depletes ones health. You win by managing your resources and cards so that you can defend yourself from your opponent’s attacks while still having enough juice for your own offense.

Physical card games used to be the norm for gaming franchises, especially after the success of the still popular Pokémon Trading Card Game that debuted in the late ’90s. Before Hearthstone, the World of Warcraft also had its own tabletop card game. While Hearthstone became the bigger success, there’s still money to be made in the booming tabletop business.

The next expansion, Opus III, releases in North America on August 4. It will include two new starter sets, based on Final Fantasy IX (squeeee!) and Final Fantasy Type-0. Cards from its booster packs will feature characters from from across the series.

Square Enix is planning regional championships for the card game, which will culminate in a World Championship that it expects to take place in Tokyo this November.