Nintendo’s Switch Online app isn’t winning any popularity contests. After its launch last week, only 17 percent of Switch owners have installed it, according to market analyst Sensor Tower.

The app’s main draw is multiplayer chat and matchmaking for games like Splatoon 2, which was an instant hit and sold 670,955 copies in just the first three days in Japan, according to Forbes. Nintendo’s Switch Online app has been downloaded 780,000 times worldwide in the past week, receiving a boost on Splatoon 2’s release date.

It received about 400,000 downloads from the Apple App Store and 380,000 from Google Play, and Sensor Tower finds that 72 percent of all reviews in the U.S. gave it a thumbs down. Players in Japan, though, were much kinder, giving the app mostly positive reviews. 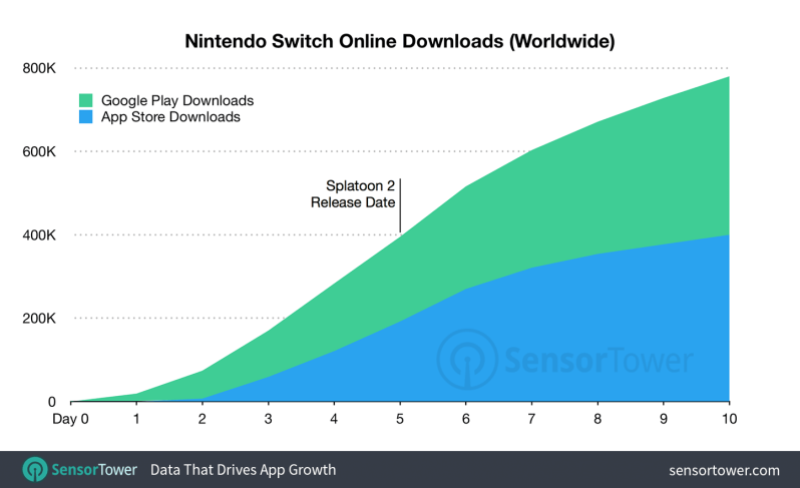 The low download numbers could be because, in addition to a host of technical issues and baffling design decisions, the app is optional. Without it, players can still join multiplayer matches, and they only really need to download it if they want to team up with specific friends and use voice chat.

Nintendo’s had a stellar year so far, and it’s sold 4.7 million Switches. We’ll see if it makes fixing its Switch Online app a priority, or if it will rely on the retinue of local co-op games like Mario + Rabbids Kingdom Battle that are coming out later this year.