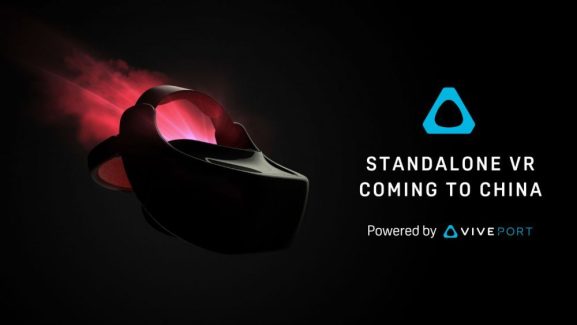 HTC is bringing a standalone Vive VR headset to China.

Earlier this year HTC became an official partner with Google in producing a Daydream-based standalone VR headset under the Vive brand. Today, HTC announced it is producing a similar device for the Chinese market powered by Qualcomm’s Snapdragon 835 chipset. It looks like it will access HTC’s storefront, called Viveport, to get to virtual worlds rather than Google Play.

These standalone systems are designed to be far more convenient than Rift and Vive because they don’t require separate hardware like a phone, PC or dedicated external tracking systems to operate. It is unclear, however, how compelling the virtual worlds will be that you can visit with these standalones.

Where are my hands?

What’s missing from both standalone headsets bearing the Vive brand is Valve’s SteamVR and all that comes with it. Critically, how people will interact with virtual worlds in these standalones is still unclear.

GameFace Labs is working on a cross-over device that is aimed at accessing content from multiple storefronts including Google Play and Steam so that owners can visit a broader selection of available virtual worlds, but the device won’t be available till late 2018 at the earliest. Intel earlier this year showed a standalone aiming for release late this year that offered limited and awkward hand controls and it isn’t clear what virtual worlds would be accessible through the headset. Facebook is working on at least two different standalones — one at a low end that could presumably access Gear VR-compatible virtual worlds aiming for release in 2018 and one at a higher end that presumably would aim at the Rift’s market — but there’s no clear timeline for that second system to hit the market.

Microsoft, meanwhile, is partnering to release a series of Windows-powered VR headsets that require a PC to operate but also include motion controllers. Unfortunately, these controllers may only work well when they are in view of the headset’s sensors.

This means the major tech companies are all racing toward more compelling and easier to use hand controllers which unlock some of the most compelling use cases for VR, like content creation with intuitive movements and aiming a gun as naturally as the real world. The content built for these use cases is why some people are picking up Rift and Vive, but these standalones on tap for late this year and next year might actually be a step backward.

This makes the markets unclear for these initial Vive-branded standalones. What will people do in these headsets that will make them so enticing people want to buy?

“China is the leading mobile market in the world today, and has the momentum to lead the global VR
market as well,” said Alvin W. Graylin, China Regional President of Vive, HTC, in a prepared statement. “Partnering with Qualcomm to deliver an easy to use and more affordable Vive VR system will enable us to make premium standalone VR widely accessible to the masses in China.”

Details on the user experience with the Qualcomm-based standalone Vive are expected to arrive closer to release of the device. We should note also the Google standalone seems to use Google’s WorldSense tracking technology to allow the headset to move freely in all directions while the Qualcomm one may use the chip company’s technology to make that work. Earlier this year we tested a Qualcomm system that incorporated Leap Motion’s hand tracking, which could provide an answer to the input question, and there are some companies working on full freedom hand controllers for mobile headsets so that is still a possibility as well.

“Our intent is to provide a best-in-class VR experience,” Graylin told UploadVR. ” More details to come on purchase models when we get closer to release.”