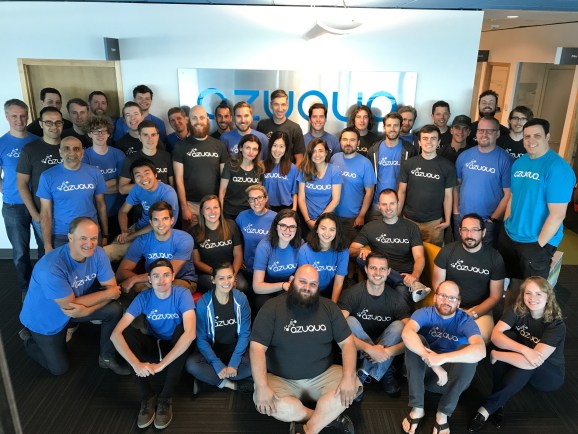 Silicon Valley may be known for consumer products, but Seattle has definitely established itself as Cloud City over the years, powering popular cloud services like Amazon’s AWS and Microsoft’s Azure.

The startup’s drag-and-drop design allows users to connect cloud-based apps across different departments. So if the engineering team uses JIRA and the marketing team works on Google Analytics, they can both manage their tasks within their respective work tools while getting real-time feedback.

“The integration problem is deceptively seductive,” wrote Azuqua cofounder and CEO Nikhil Hasija, in an email to VentureBeat. “Anyone can connect two systems together and call themselves a player.”

According to the chief executive, Azuqua connects more than one hundred and fifty different cloud apps, which include SAP, Marketo, NetSuite, Zendesk, and ServiceNow.

The subscription-based model starts at $250 per month and goes up to $2,000 per month, depending on the size of the company. Custom packages for enterprises are also offered. Airbnb, Charles Schwab, HubSpot, PLZ Aeroscience, and GE are among Azuqua’s 200 customers.

Other startups working on cloud app integrations include Zapier, IFTTT, and SnapLogic.

Azuqua has raised a total of $16.3 million since it was founded in 2013. The startup will use the new money to increase sales and marketing and hire more engineers. Azuqua currently has 45 employees.