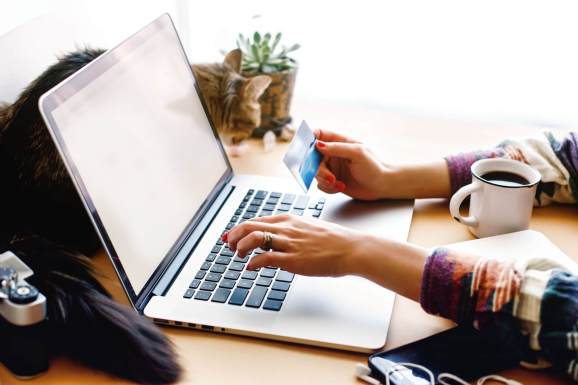 “People prefer to use Messenger to interact with companies,” Facebook VP of messaging products David Marcus said during his keynote at this year’s F8 conference. With over 65 million businesses active on Facebook, this shouldn’t come as a surprise. An estimated 80 percent of these companies use messaging to reach Facebook Messenger’s 1.2 billion monthly active users. When Messenger opened its doors to developers in April 2016, 78 percent of adults were still unaware that chatbots even existed. After a year of growing pains for chatbots, though, new features for Facebook Messenger 2.0 were announced in April. These new elements were designed specifically to scale up the business-and-bot side of its service.

During this year’s F8 conference, Marcus noted the company is working on convincing consumers to open Messenger rather than pick up the phone or send an email. Facebook’s Messenger Platform 2.0 is making this possible with recently added features designed specifically for business. Features like the Discover Tab, Chat Extensions, Smart Replies, and M Suggestions are all designed to help companies gain visibility and reach a larger audience.

“Messaging with businesses is on the rise, with over 2 billion messages sent between people and businesses — including automated conversations — each month,” said Kemal El Moujahid, the product manager for Messenger. “Messenger offers businesses new ways to engage with their community and potential customers. Whether it’s raising awareness for a brand, enabling transactions, acquiring new customers, or delivering superior customer service, Messenger can be a core part of business solutions.”

“Bots are clearly the next wave in customer focused innovation, taking over the mantle from mobile apps. It’s exciting to see a new wave cresting, and helping companies maximize the opportunity,” said Mukherjee.

Rise of bots, rise in sales

During his keynote, Marcus mentioned a number of companies that have seen an increase in sales, bookings, and productivity as a result of Facebook Messenger bots.

Sephora, for example, has seen an 11 percent increase in booking rates through the Sephora Reservation Assistant. Sephora’s goal was to encourage more clients to visit its stores by offering an easy way to book makeovers. There are five fewer steps involved for booking makeovers through Sephora’s Facebook Messenger bot than through its online app, enabling clients to schedule appointments in a matter of minutes.

In as few as three steps, Messenger’s conversational interface allows Sephora customers to initiate a conversation by typing the city in which they wish to book a makeover. The bot immediately shares a list of Sephora locations in that city. The user then selects a store, and the bot instantly displays available dates and times. Appointments are booked in a matter of minutes.

Sephora also reported that its Messenger bot has helped increase in-store sales. The retailer sees an average spend of over $50 from clients who have booked an in-store service via its Messenger assistant.

Accessing SnapTravel through Facebook Messenger is easy because you don’t need to download an app. Users can directly message SnapTravel via Messenger to find a desirable hotel to book. All you have to do is send the bot a private message with your basic travel information, such as your destination, dates, and budget. The bot will then respond immediately with a number of options.

The hotel rates quoted by SnapTravel are similar to what you’ll find on any of the big metasearch sites, such as Kayak, Priceline, or Expedia. This is because SnapTravel is connected to dozens of online travel agents and can find the best possible price currently available on the market. When it quotes a rate, it will also show you the best available rate on Hotels.com for comparison.

Tommy Hilfiger is yet another company finding success with its Facebook Messenger bot. The fashion empire developed an experience where they used a bot for Messenger to help people buy fashion directly from the runway during Fashion Week in NYC. There was an 87 percent return rate for people coming back again to use the Messenger experience, with over 60,000 messages being exchanged. The company noted that 3.5 times more was spent through Messenger than any other digital channels.

For instance, since the implementation of new features like the Discover Tab, businesses are able to have more visibility and combine automated and human chat experiences in a single stream.

“The new capabilities of Facebook Messenger 2.0 greatly increased the customer user experience potential. Companies that can launch a Facebook Messenger bot on the new platform are poised to lock in a first mover advantage,” said Mukherjee.

There are now 100,000 bot developers who have built 100,000 active bots on the Messenger Platform. That’s up 233 percent from the 30,000 bots on Messenger six months after the feature’s launch in April last year. And as more bots continue to be developed, more businesses are sure to see an increase in sales and productivity.

With 1.2 billion active monthly users on Facebook Messenger, it’s easy to see the value businesses can gain by having a Messenger bot. Brands are now capable of reaching the entire Facebook world.