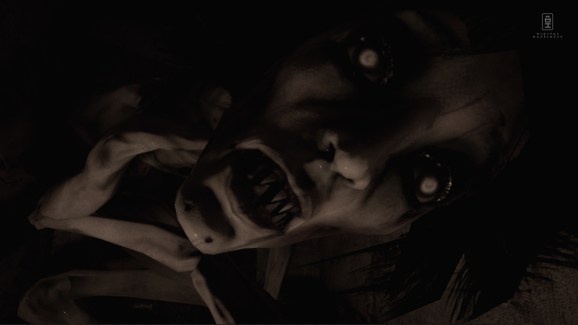 Bandung, West Java, Indonesia. To be honest, I had to look it up on Google maps to eyeball its location south of the capital, Jakarta. It’s not, to be fair, a location where you might expect a game development studio to be pushing gameplay ideas and technology, but such is the global nature of the industry, nor should it come as any surprise.

It’s from this home base, in 2013, development studio Digital Happiness released its horror series DreadOut, and from where it is now bringing some of those gameplay scares to VR with DreadEye.

The original game followed Linda and a group of hapless kids facing ghosts and other spooks in a haunted high school. Armed with? A cell phone camera. The odds are not stacked in the kids’ favor. Now imagine taking some of those ideas and strapping them into a VR headset where exploring the dark, stylized rooms is so much more intense.

Rachmad Imron, CEO and Founder of Digital Happiness, reveals some of the challenges of developing games in Indonesia, as well as his hopes for the future of the industry there.

How did the studio get started and how has it developed and grown?

Digital Happiness was founded in 2013 along with my partners. We came from a small animation studio mostly doing client services projects, but since my partners and I loved video games so much, and have a real passion to make them, we decided to pivot into the video games business.

Back at the start we were a four-man operation, and now we have grown to 18. 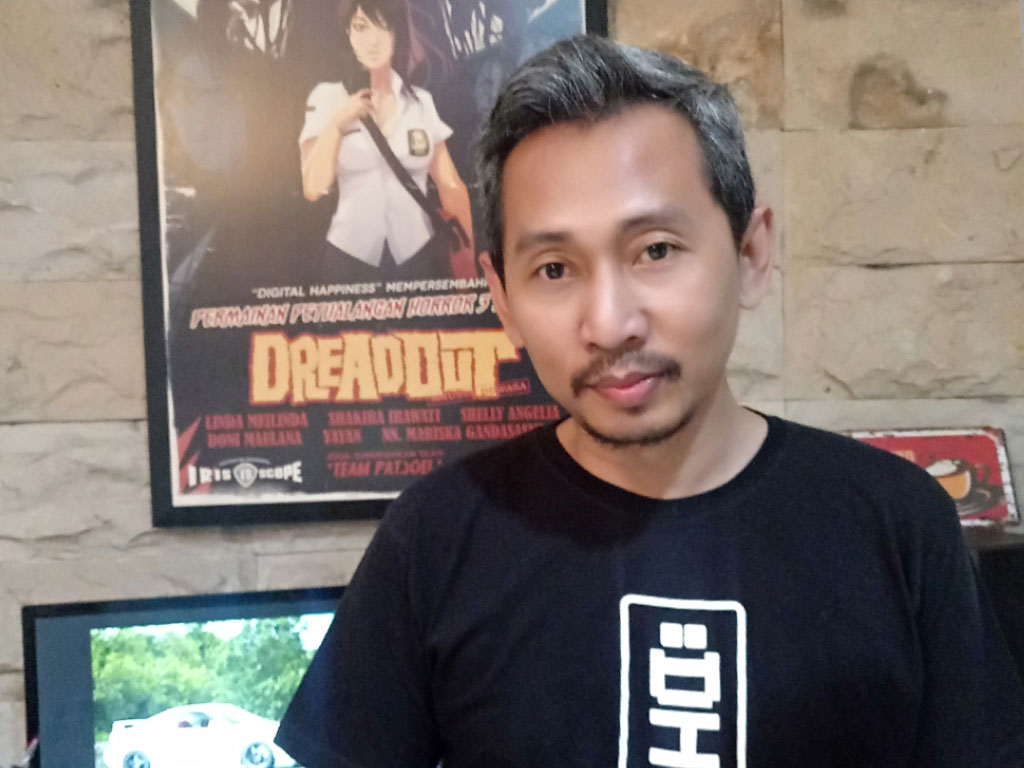 Above: CEO/Founder Rachmad Imron in his office in Bandung, Indonesia.

What were the initial ambitions of the team?

Since it’s almost impossible to compete head-to-head with other global studios given their experience, one of our initial ambitions was to add our local diversity into our game to give greater value globally. Hopefully, it can become our style and distinguish our studio from others.

What is the current state of the Indonesian games industry? How many studios?

Indonesia has always been a target market of the global game industry given it’s the fourth largest population in the world. (Based on the AGI (Indonesian Game association) Despite having more than a hundred local game developers across our country, some 97 percent of money is spent on foreign products.

And the funny thing is that the PlayStation SDK (software development kit) and Xbox One SDK can’t be shipped to our country, so if an Indonesian game developer wants to port its games to those platforms, we need to deal with foreign publishers. That is very challenging.

Yes. Some of the universities in Indonesia have added game development programs to their curriculum over the past three to five years. Most of the major big name universities support programs.

How important was crowd-funding (Indiegogo) to the development of DreadOut?

Recently our government formed the first Indonesian Agency for Creative Economy (BEKRAF) and started to support local game developers through their grant programs. Back in 2013, it was nearly impossible. So, crowdfunding was the only option to fund our development. At the time, we were also one of the first batch of games that graduated from the Steam Greenlight program.

To be one of the first batch from Steam Greenlight was quite challenging, and a successful crowdfunding program was one of the main considerations for getting their approval (even if they didn’t explicitly say that was one of the requirements!).

A crowdfunding campaign also has its own perks. It introduced our video games to the public. At that time, we were just some unknown developer from an unknown country with zero experience trying to make our dream game.

As we became the first Indonesian video game developer that was fully funded through crowdfunding, more local developers asked how we did it and followed our footsteps, and were successfully funded, too. That was quite a humbling experience. 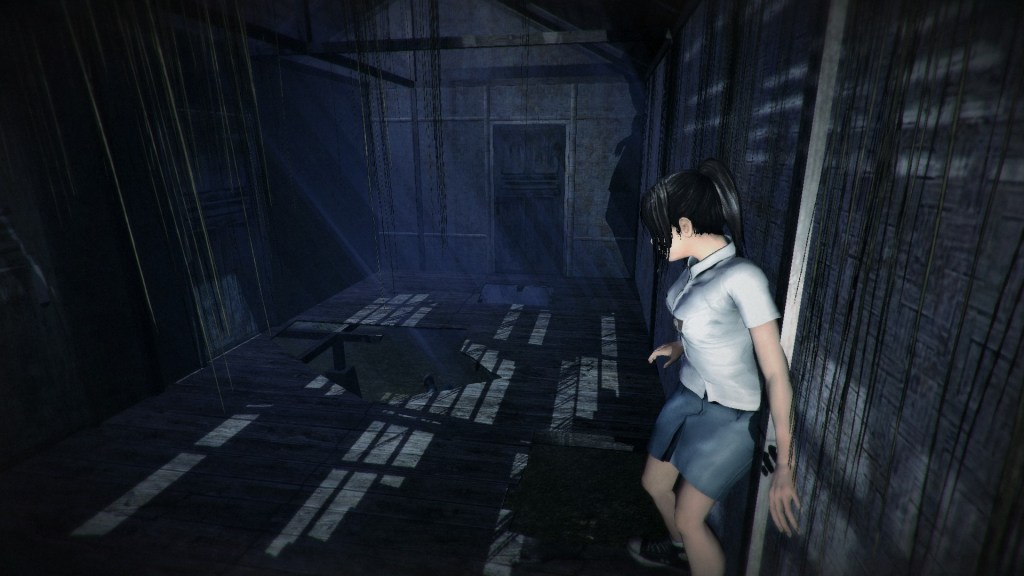 Above: The original DreadOut release provided many lessons in the vagaries of video game development.

What were the main things that you learned as a studio releasing your first game?

We thought that we knew everything about video game development in the first place, but we were so wrong! We didn’t know anything before DreadOut was released. That is the main thing we learned, and we learned the hard way!

What were some of the inspirations for DreadOut?

DreadOut is actually our love letter to the Silent Hill and Fatal Frame franchises. Both games are our main inspirations since we loved and were inspired by those games. Also, we love J-Horror (The Ring and The Grudge series) and our own local 80’s horror movies based on myth and ghost legends from across our country.

What did you learn NOT to do in the future after your experience with DreadOut?

Don’t go over scale, over budget, and underestimate.

Moving into VR, how did you learn the technology and programming for this new platform?

We are learning on both PC- and mobile-based hardware. For the software, the continuous community support and forums really help us to learn developing in VR faster. Since the principal of VR is three-dimensional space, and our previous games are also in 3D, the transition from general programming and design from traditional PC games to VR games is quite smooth.

Basically, VR is a new playground for us and there are many aspects that make us excited. Even though we have experience making DreadOut in the past, developing it in VR is like walking into a new territory. And that is where the fun begins! 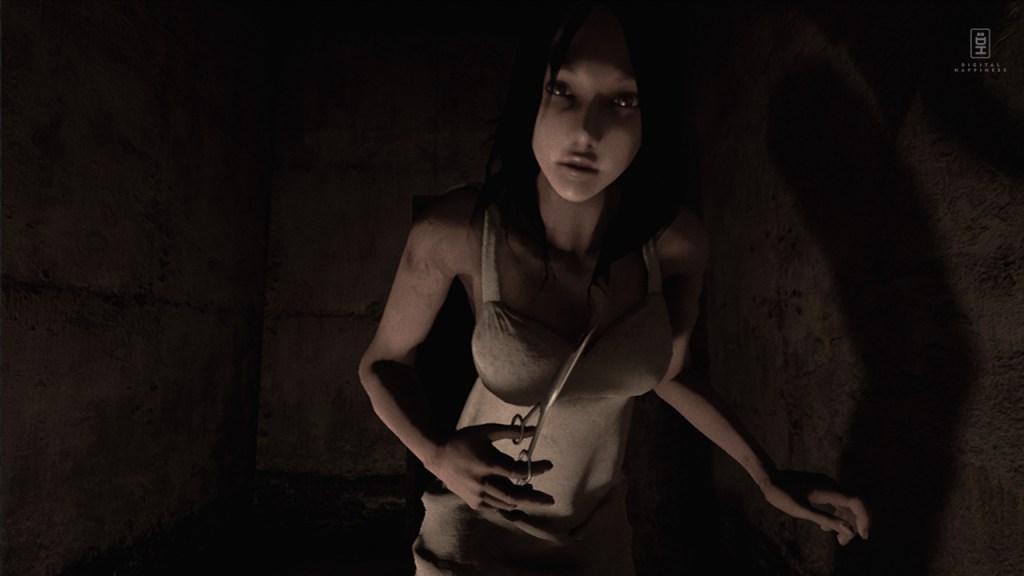 Above: Some characters, like the scissor-wielding boss from the original game will snip away in DreadEye VR.

For DreadEye VR, what changes are you making to the gameplay?

VR is all about the experience. But since we had to switch to another engine for DreadEye VR, almost all of our previous gameplay mechanics, 3D models, and animation must be scrapped. To find a good alignment with VR we are trying to bring a lot of the horror experience from DreadOut that fits into the very different VR experience.

So hopefully even with the different kind of gameplay, our players can still experience the same (if not more) horror in the game.

Does working in VR change how you tell the story of the game or how you present the characters?

Yes, absolutely. Both storytelling and the way we present our characters need to change whether we want them to or not. Since the level of immersion is quite high in VR, the player can jump straight into the world, so it’s very different from traditional third-person or first-person games, for examples. So, we need to find a different way to tell our story. That’s required if we want a smooth experience for the VR games. 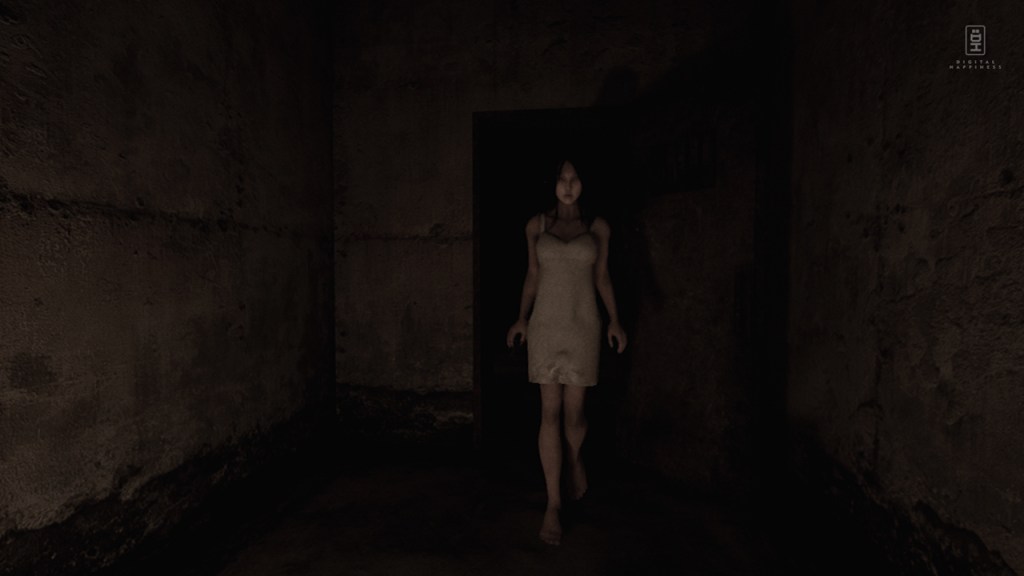 Above: The stylistic nods to the Silent Hill and Fatal Frame games are quite apparent.

What do you see as some of the challenges facing gaming in VR as a whole?

There is a mix of fun and frustration, actually! We started experimenting on Oculus DK1 until recently getting HTC Vive, which was really challenging. But some of the problems now are less annoying, like motion sickness for example. Today’s VR-ready PC hardware is mostly capable enough to play and deliver a smooth experience. Personally, I think the VR experience is almost perfect, but the biggest challenge is finding great working gameplay mechanics.

Another big consideration is the market. The VR market is not as big as other regular traditional video games yet.

With the potential audience of VR, yes, VR developers need to make a profit, and yes, that sometimes worried us all. But we believe that VR is still at the development stage. Let’s see if AAA developments like FallOut VR, or even when Spielberg’s movie, Ready Player One, lands in theaters, that can be huge and further drive the general market into VR.

At Steam Dev days last year, Valve claimed there are 1,000 new VR users per day. We’re still optimistic that VR is on the right track, even if we also feel that we have to do a lot of education for our target market.

What are some other games that members of the Digital Happiness team play for fun?

It’s obvious (as I write this interview) most team members are playing DOTA2 regularly—especially on the weekends—while occasionally playing Bloodborne and the Souls series on console.

Where do you hope to see Digital Happiness five years from now?

Still having the same fun developing with the team, and being able to engage the majority of the potential market in our own country.