Game developers are turning to outside vendors for backend services, but there is always a danger they could get locked into one with bad results. So Heroic Labs is announcing the formal launch of its Nakama 1.0 open-source real-time game servers to help with this.

The San Francisco-based company has developed server that provides typical backend services such as live events, leaderboards, and other features that game developers would rather not have to code themselves, said Heroic Labs vice president of product Alim Jaffer in an interview with GamesBeat. 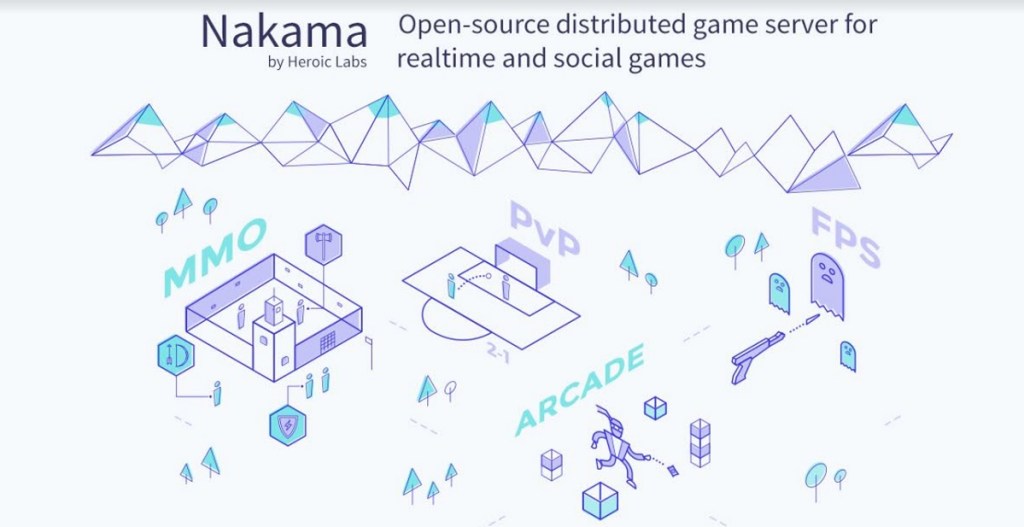 Above: Nakama offloads game servers without locking in developers to vendors.

“It’s a big milestone for us,” Jaffer said. “We wanted to change the status quo and democratize the industry.”

Companies such as Playfab and GameSparks offer backend infrastructure for game companies. But that means that studios and small devs might get locked into a solution that could change in the future if the backend company has some kind of business disruption, Jaffer said.

He said Nakama has been battle-tested with millions of active players with a variety of developers including V2 Games in Vancouver (Pac-Man Bounce, Draft Rivals), which will use Nakama for an upcoming casual game with a large, globally recognized intellectual property.

The source code can be found on GitHub and is free to download and run. Studios can run the server locally for development and use the very same server in the cloud for production for massively increased productivity and reduced time to market for social, competitive, and live games.

Heroic Labs can monetize Nakama by offering additional services. For developers who do not wish to operate their own infrastructure and deal with backups, security, updates, and other server maintenance necessary to keep high uptime with large player bases, Heroic Labs offers an enterprise ready Managed Cloud where their engineers will run servers for studios.

Jaffer said that developers who build their own game servers may use four engineers working on the problem for 18 months. With Nakama, that can be reduced to one engineer working for a much shorter time.

Heroic has 10 people in San Francisco, Vancouver, and London.