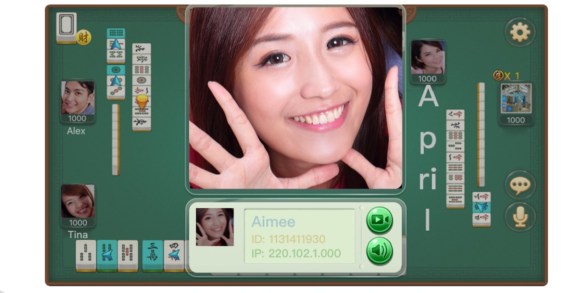 Agora.io has created a platform for game developers to add real-time voice chat to their mobile games on iOS and Android. The new Agora Mobile Gaming (SDK) brings competition to a market paved by Discord, the Silicon Valley company that has amassed tens of millions of users for its Discord gaming voice chat platform.

The Santa Clara, California-based Agora.io has opened the SDK up to all developers, and it hopes to challenge Discord by targeting the Asian market for testing. (The company will focus on the global market). The company said integration is easy, requiring developers to insert only a couple of lines of code into their games to add live voice chat.

As part of a beta launch in Asia, Agora.io is now in a number of popular mobile games such as Werewolf, Xiaomi Mi Combat, and Snake Off. Agora.io said that millions of players are using the games’ voice chat functionalities, with user penetration rates ranging from 30 percent to 100 percent.

Agora.io’s SDK is compatible with game engines such as Unity, Unreal, Cocos, and SpriteKit. It supports 1-on-1, group and one-to-many voice chats with an unlimited number of participants. It uses a proprietary 32kHz ultra-wideband voice technology for optimal voice quality. It targets low latency of 76 milliseconds on an end-to-end basis for transmissions. It supports 180-degree spatial sound, in-game voice commands, and sound effects. It also aims at reducing device battery drain.

“Gaming is one of the fastest-growing industries but game developers need to stay ahead of trends in order to remain relevant and competitive,” said Tony Zhao, founder and CEO at Agora.io, in a statement. “Social and mobile gaming experiences will be at the core of tomorrow’s top hits, so we’re giving developers the tools to give their users exactly what they desire, in this case in-game voice chat.”

Zhao (a founding engineer at WebEx) started Agora.io in 2014, and it has processed more than 7.5 billion minutes of communications across voice, video and interactive broadcasting to date. Agora.io is backed by venture capital firms Morningside, SIG, GGV Capital, ShunWei, and IDG. It has raised $25.9 million to date.