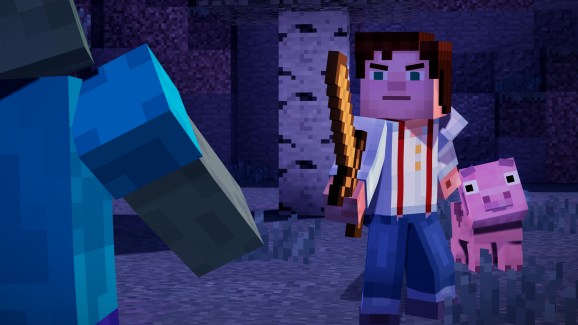 Minecraft: Story Mode is one of the games that launched under Bruner.

Telltale Games announced today that the first season of Minecraft: Story Mode is coming to the Nintendo Switch on August 22. Meanwhile, the second episode of the second season is hitting PlayStation 4, Xbox One, PC, iOS, and Android on August 15.

Telltale has been creating episodic, story-based games for some of the biggest brands in entertainment, including Batman and Game of Thrones. It also works with smaller brands, like the comic series The Wolf Among Us, which Telltale has announced a second season for.

Minecraft is another top-tier property, with the block-building game having sold more than 121 million copies. While Minecraft itself has no real story (it’s an open world game that promotes exploration and crafting), Telltale’s spinoff features an interactive narrative.

The first season debuted in 2015, but its move to the Switch shows that Telltale is beginning to show support for the system, which has become a hit since its March debut. Telltale has not announced any other games for the Switch yet, including Story Mode’s second season, but we could see more if this first season performs well.

The Switch version will be available physically and digitally. It comes in a Complete Adventure package, meaning you get all eight of the game’s episodes.