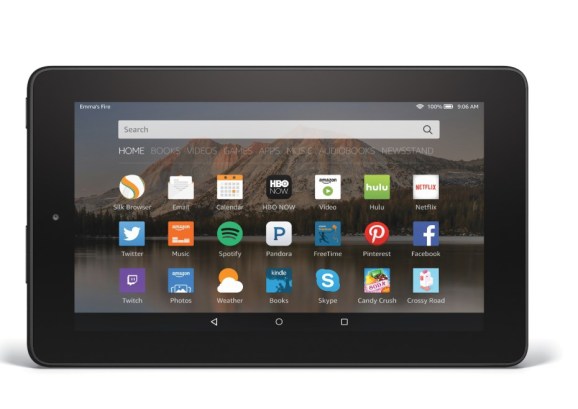 Vungle and Amazon are working together on user-acquisition campaigns to the online retailer’s Fire tablets. In doing so, it is bringing attention to the little-noticed growth of Amazon’s devices. Market researcher IDC said that adoption of Amazon devices increased 1,200 percent in 2016. This could help developers improve their monetization and reach on Amazon devices.

The Vungle SDK for the Amazon Appstore will be available in September.

“Fire tablet users are a rapidly growing and sought-after audience. With Vungle’s support for Fire tablets, our advertisers can now tap into this valuable user base,” said Vungle CEO Zain Jaffer. “We have made a strategic investment in our support for the Amazon platform, and Vungle is the first video performance marketing platform developers can use to monetize their apps across all major app platforms: Fire OS, Android, iOS and Windows.”

The support means that publishers and advertisers can reach both gamers and non-game consumers with relevant, targeted advertising on more devices around the world.

At least one developer I spoke with said they weren’t that excited about moving their games over to the Fire tablets, and that means running ads on Fire isn’t that attractive.

I asked why Jaffer thought support for the Fire tablets was important. He replied, “Amazon is a growing force in advertising. It made nearly $1.4 billion in advertising revenue last year and is expected to reach $1.8 billion this year. While that’s only a fraction of the ad market right now, our customers tell us that the Amazon Appstore has great user value. In fact, for many it represents an important part of their overall revenue. We expect this will continue to increase.”

He added, “Additionally, Vungle complements Amazon’s existing business in several ways, which will benefit both companies and our mutual developers. Any chance to work with them more closely is an exciting opportunity for us, and it opens more doors for our advertising and publishing partners.”