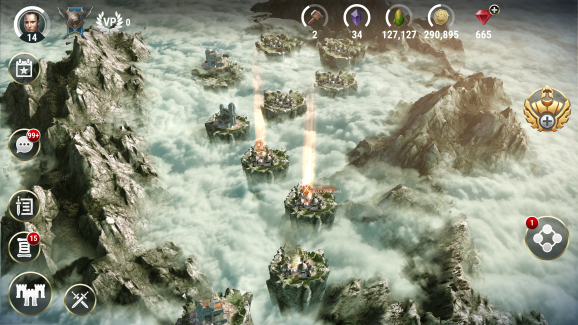 Earlier this month, social game developer Zynga shut down Mafia Wars, the mobile reboot of the original web game that soft-launched back in April. In a call today with GamesBeat, CEO Frank Gibeau says that the reason was because it wasn’t meeting performance expectations. On the other hand, the publisher is continuing its commitment to the mobile action strategy title Dawn of Titans, which despite great player reviews is still somewhat middling in the Apple App Store and Google Play charts.

“One of the benefits of the mobile business is that if you put a game out like of Dawn of Titans that’s high quality, that has intellectual property that’s really interesting and compelling but it doesn’t quite find an audience or it doesn’t quite have a feature set that really sparks to create an audience — in mobile you can take the time to keep innovating on the game, to keep building on the game until you get it to a place where it does find that audience and it does pop,” said Gibeau.

Zynga’s strategy changed to creating “forever franchises,” a term that Gibeau coined to refer to long-term games that the studio continues to support and build out such as Zynga Poker and Words with Friends. Live services is also a big priority, such as in its racing title CSR2, which saw a 14 percent increase in revenue and 18 percent increase in bookings in Q2. The success of CSR2 is due in part to its social events and partnerships with the cinematic debut of the popular movie The Fate of the Furious and luxury brand Lamborghini.

Gibeau says that they’re at a place now where they feel that they’re talking to players about what features they want from Dawn of Titans and there’s room for improvement. Moving forward, Zynga will add upgrades and in-game social events such as Alliance vs. Alliance PVP gameplay.

“We wish we were farther along, but we remain committed to the [Dawn of Titans] franchise,” said Gibeau, “and if you look at the performance that CSR2 is having — and that’s from [developer] NaturalMotion as well — we know that it’s possible to make a hit product there. It’s just going to take us some more time and some more learning in order to get us there, so we’re going to stick with it and continue to focus on turning it into a long-term franchise.”

Mafia Wars, which is a reboot of the 2010 web title, died after three months in soft launch. Gibeau said that it missed too many of the goals that the studio set, such as how many players it would attract, and it would have taken too many resources to get the new title to a place where it would be successful. Instead, Zynga opted to shift around its team to focus more on existing games.

Dawn of Titans spent about two years in soft launch and released worldwide last year. It’s grossed about $21 million so far and it’s also about to launch in China through a partnership with publisher NetEase. The Chinese games market is huge and expected to grow to $35 billion by 2021. It’s clear that Zynga is choosing to prioritize what could eventually grow to be an enduring franchise over something that isn’t necessarily a sure bet.