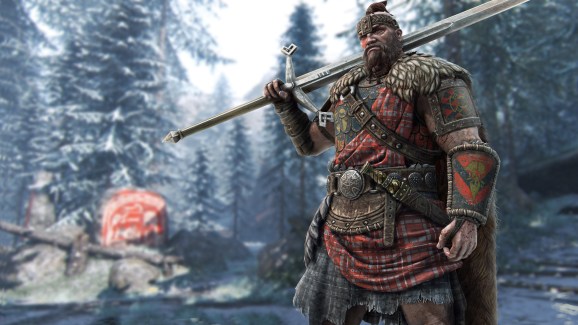 The Highlander in For Honor.

For Honor is one of the most successful games of the year. It’s been the third best-selling title of 2017 so far in the U.S., and now Ubisoft is releasing a major content update that can keep its players engaged and happy.

For Honor’s third season, dubbed Grudge & Glory, is coming out on August 15 for PlayStation 4, Xbox One, and PC. Ubisoft is calling it the fighting game’s biggest update yet. It adds two new characters, the Gladiator for the Knights and the Highlander for the Vikings, and two new maps, Sentinel and Viking Village. The update also introduces 1-vs.-1 duel tournaments.

“Competing in tournaments will allow players to vie for higher rankings, which will reset each season, and win exclusive tournament rewards,” Ubisoft detailed in a press release sent to GamesBeat.

The maps and gameplay updates will be free to all players, but the characters will first be available to those who bought For Honor’s season pass. Others can purchase them starting on August 22.

For Honor offers a unique take on the fighting game genre by having team-based battles. Its roster includes warriors from three groups: Vikings, Knights, and Samurai. Most fighting games focus on 1-vs.1 battles and named characters, while For Honor has freer movement and class-based heroes. It mixes in elements of other genres, making it a one-of-a-kind experience in its field.