GamesBeat: As far as the environment for VR in Europe, what is that like compared to the states or China or other places? How would you describe the European VR market?

Palm: In some cases it’s nonexistent. Daydream hasn’t been released in some pretty big countries – Sweden, the Netherlands – where there’s still a lot of interest. I still think VR is very much driven from the west coast of the U.S. China has a big interest in VR, and they tend to believe in mobile VR quite a lot. They have a lot of hardware manufacturing. But they haven’t been so eager to invest in software development.

I was recently there to speak at an event for a very successful streaming video company. It was interesting to hear them talk about how important it was to not just copy things, but to create original IP. That’s something I hadn’t heard so much out of China before. I’ve heard that going to Taiwan, though. In the beginning they come to the market as followers, and then they realize they need creativity, to build their own thing from scratch. That’s a healthy realization. It’s going to be interesting to see if they’re able to create IP that can come over. We haven’t seen that so much, traditionally.

GamesBeat: Have you figured out a strategy to make the funding last until you’ve got a better market?

Palm: We said from the beginning that this was a long-term bet. We wanted to make sure that the investors we got on board also felt that way. We’ll keep being small and lean. We’ve been successful in that effort so far. 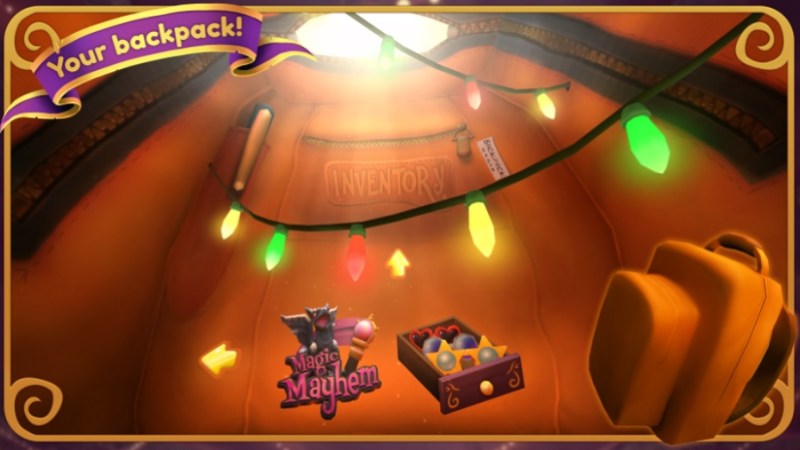 Above: Wonderglade is a mobile VR carnival game.

GamesBeat: If you had advice for startups out there, what would that be?

Palm: Persistence is always very important. Going into VR, you need a long-term approach. It’s hard to make money along the way. You can’t think the first couple of projects will break even. There are so many exciting things to be done, but a lot of things still have to be figured out around monetization and retention. One thing we’re focusing a lot on is retention right now. Unfortunately, that’s not only a software thing, but also partly hardware – getting players to come back and feel like they’re getting proper value and feeling excited about going back to the game again.

Some of those things will be much easier once we have really social VR games, where you can hang out with your friends. It becomes much more meaningful at that point. But it’s a bit of a Catch-22. It’s much more expensive to work on multiplayer experiences. It also becomes another level of complexity that often bleeds through to the user. They have to know they’re on a good internet connection. A lot of issues revolve around dealing with unfortunate events, like if you drop out in a session.

GamesBeat: As far as the way the hardware is moving forward, do you see things you like as far as what you expect from the next generation?

Palm: One concrete example—I’m very excited that Microsoft is joining hardware manufacturing with their mixed reality headsets. That’s very good. They’ve traditionally been great at reaching a mass audience. They’ve started innovating again. For some time it felt like their innovation was a bit stagnant. Now they’re doing a lot of good things.

GamesBeat: It feels like 2018 will have more things to talk about on the hardware front.

Palm: I’ll still be surprised if we see a lot of developers making money in the consumer market. I was talking about this in my talk a bit. It’s going to take a company that does it completely right, like Apple did when they changed everything. And even though it feels like it now, that didn’t happen overnight.

GamesBeat: There was a still a gap between the iPhone and then the App Store and then getting to something like Candy Crush.

Palm: Rovio and Angry Birds was the first real commercial success, I would say, when that became a really strong IP. That was 2010. It typically takes longer than you’d expect. There were a couple of premium games that did okay before that. But it wasn’t like you could sustain a company on iPhone revenue early on. VR is the same thing. You’ll see a successful platform first, then a couple of games doing okay, then somebody will have the full breakout hit.

A lot of things that weren’t there on mobile, though—there were a lot of problems with getting paid, for instance. The payment mechanism wasn’t in place. All those things are much smoother now. Everyone has their account connected to some sort of digital wallet. The social components, people becoming open to getting pinged about joining their friends in a game—I definitely think VR and AR have the potential to happen much faster than on the mobile side.

GamesBeat: A lot depends on the platform owners there.

GamesBeat: They seem to still be willing to support and invest in the whole ecosystem.

Palm: That’s very good. That’s also what happened with Nokia. They invested a lot of money in games. A lot of those game companies built up a lot of knowledge that proved to be useful. Rovio and those guys, my company, we all got support. 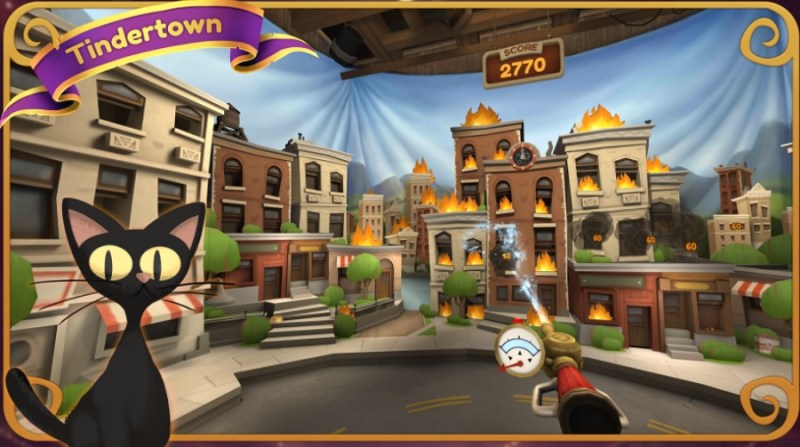 Above: Wonderglade is a collection of mini VR games.

GamesBeat: Do you sense that investors are also seeing the same things? They’re focused on the long term?

Palm: I hear a lot that U.S. investors are skeptical about VR right now. I kind of feel that’s a bit of a classic—when we came out in 2015 and talked to a lot of investors about VR, it felt like they all agreed we’d have this curve where at first people are super excited, then it doesn’t go as fast as everyone wants it to, and when the first numbers come out they won’t be overwhelming. I definitely think a lot of smart people know that it will take time, but that it’s going to happen.

GamesBeat: A lot of people have suddenly been distracted by Ethereum. The quick money people are moving toward blockchain and ICOs and all that.

Palm: That’s one aspect of it. Is it better to invest in something that can get your money back quicker than something that still has some years to go? But it’s fantastic to see—I chose a career in gaming because I was passionate about it. I really liked playing games. Now we’re in an era where making games might turn out to be one of the most important things you can do. You can have a profound effect on humanity building virtual worlds — creating environments where people can learn new things, or go in and create new things themselves.

GamesBeat: Tim Sweeney was talking about how he believed the metaverse would be doable in the next few years. The elements are there, including the blockchain for payments, better graphics, and social layers. What he was worried about was whether these would be owned by one particular company, or if you eventually get to some kind of open standard.

Palm: In either case, whether it’s open or not, we’re going to see a lot of new jobs being created inside of virtual worlds. That’s very good these days, when a lot of traditional work is going away.

Palm: Yeah, that’s a great example. It’s hard for us to understand. Our parents’ generation won’t believe it even when they see it. I remember my parents had a cartoon from Gary Larson, the Far Side, on the fridge. It was a kid sitting at his computer, and his parents were dreaming about classified ads. “Can you save the princess? We pay $50K a year plus benefits!” That was a joke back then. Now it’s a reality.