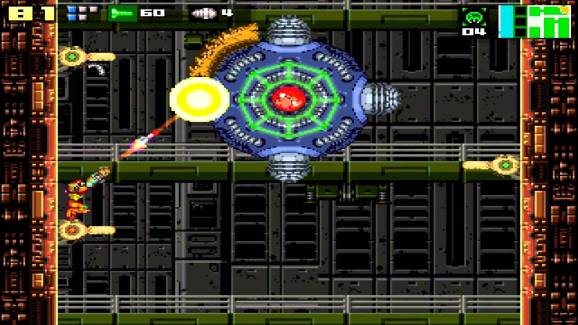 The guy responsible for updating the Game Boy Metroid last year is now working on one of the biggest upcoming games in that genre.

Last year, Nintendo put a stop to the development and distribution of the fan game AM2R, which stands for Another Metroid 2 Remake. But a cease-and-desist order didn’t keep Milton Guasti from pursuing a career in games. He revealed over the weekend that he is now working at Moon Studios, which made Ori and the Blind Forest. Guasti is designing levels for Ori and the Will of the Wisps, which is the follow-up to one of the best Metroid-style games ever made.

Guasti revealed this after celebrating the one-year anniversary of AM2R on social media. While that game is no longer available on the Project AM2R website for download, fans are still distributing it using BitTorrent and other file-sharing services. This has given plenty of people the chance to experience AM2R, which takes the original Game Boy visuals and mechanics and updates them to look more like Super Metroid.

It's a special day for another reason. I'm now part of Moon Studios, I'll be working on level design for Ori and the Will of the Wisps.

This is likely good news for Ori fans as well. The first game was a beautiful, modern update of the exploration and upgrading mechanics that games like Super Metroid and Castlevania: Symphony of the Night popularized. At E3 (the Electronic Entertainment Expo) gaming event that took place in Los Angeles in June, Moon Studios announced Ori and the Will of the Wisps is in the works for PC and Xbox One. And adding in a bit more Metroid expertise could potentially make the sequel even better than the original.

In the meantime, Nintendo is doing its own update of Metroid II remake called Metroid: Samus Returns. This should come out September 15 for the 3DS. And while Nintendo did what it could to prohibit the release of Guasti’s AM2R, the publisher will almost certainly have to deal with comparisons when fans and critics get their hands on Samus Returns.