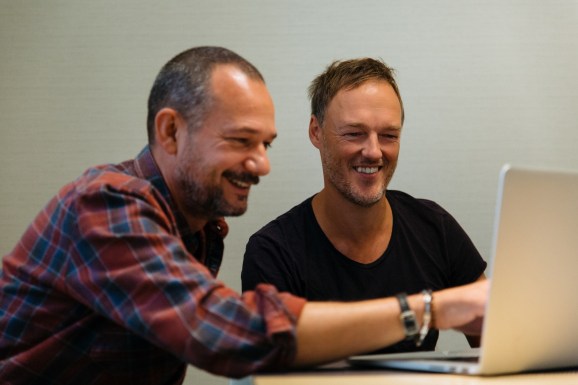 A new Ubisoft office is opening in Stockholm, and its lead is Patrick Bach, the former general manager of Electronic Arts’ DICE studio that makes games like the Star Wars shooter Battlefront.

Earlier this year, Ubisoft opened up two new offices in France and Germany, and it now has over 30 studios worldwide. It already put down roots in Sweden when it acquired Massive in 2008, the development house for the action role-playing game The Division. Its latest project is a game adaptation of Avatar in partnership with Fox Interactive and Lightstorm Entertainment. Ubisoft Stockholm and Massive will be working together on future projects.

It’s common for Ubisoft’s studios to collaborate. Five groups worked on Assassin’s Creed: Syndicate, which Ubisoft Quebec published. And the viking-samurai-knight brawler For Honor was also developed in conjunction with several other studios.

The Nordic region is home to some of the breakout hits in the games industry. Minecraft developer Mojang calls Sweden its home, and Supercell (Clash Royale) and Rovio (Angry Birds) live next door in neighboring Finland. Every year, the Stugan accelerator program offers an injection of fresh talent into the market from indie developers, with mentorship from companies like virtual reality pioneer Oculus and indie publisher and Stockholm native Raw Fury.

Ubisoft’s Mario + Rabbids Kingdom Battle is due out later this month on August 29, and it’s also working on several new titles for 2018, including Far Cry 5 and the VR thriller Transference.