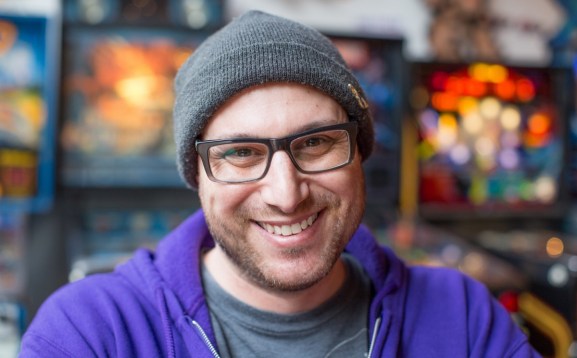 RumbleMonkey has created a platform that let gamers play their favorite games for real money winnings. So far, it is supporting competitive play for real money in Hearthstone.

It’s based on the notion — as embraced by everything from gambling to prize-based esports — that competition gets more interesting when the stakes are higher, said Jacob Rapoport, CEO of Seattle-based RumbleMonkey, in an interview last week at Casual Connect game event in Seattle.

“This is a way to democratize esports,” Rapoport said. “It removes barriers.”

While big game publishers and leagues dole out prizes to celebrity esports players at the top of the heap, RumbleMonkey addresses those who are amateurs and want to make the transition to making a living.

The platform is currently in closed beta and it is working in Hearthstone. Rapoport said that Hearthstone, and many other games, are games of skill. That means it is ok to play for real-money prizes without it being classified as a game of chance. Games of chance are considered gambling and subject to gambling law restrictions. Most of the states allow games of skill, Rapoport said.

“We are not supporting gambling or wagering,” Rapoport said. “You can think of it more as a micro-tournament. You put in an amount you are comfortable with. Our system would handle the entire escrow transaction, observe the game, record the game events, check for consensus, perform the settlement, and upload that data.”

When you add real money to the mix, it can get more interesting. At the PAX East trade show event, players lined up for a chance to play.

The system is fairly simple. Players download RumbleMonkey, add funds, select an opponent, compete, and (upon winning a match) collect. The system is cloud-based and works on the Mac and PC. Players can download it to free. During its beta period, the company has limited the maximum prize per match to $4. In the future, prizes will be set by the players.

At the moment, the company isn’t taking its own cut from the winnings from entry fees. Over time, the company will take a cut, albeit a smaller one than is typical. More games are on the way, in terms of integrating RumbleMonkey into them to enable skill-based real money prizes.

Over time, RumbleMonkey plans to develop original games in-house and work with outside developers to bring more competitive games to the platform. Rapoport said the feedback has been overwhelmingly positive.

Rivals in some ways include esports startups like Matcherino, Smash.gg, Battlefy, WorldGaming, and Face-It.

Paul Maritz, former Microsoft executive and former CEO of VMware, is the lead investor. The company isn’t saying how much it has raised so far, but Rapoport said the company is in the midst of raising a new round. And in that, he is not alone.

“It feels like 2017 is the time of esports investment,” he said.