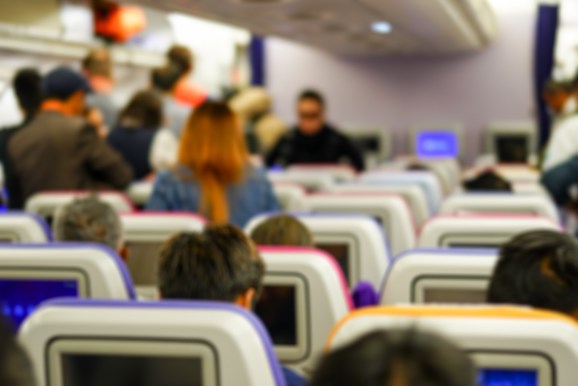 Would you step into an autonomous plane?

That’s a good question to ask this week, now that UBS has announced the results of a survey that says only 17 percent of us would fly in a pilotless aircraft. It is a frightening scenario … until you realize planes are highly automated already.

Even those who have accepted that the future of technology will be heavily dictated by artificial intelligence routines, there’s always a slow adjustment. AI is like the old analogy of a frog that’s set in a boiling pot of water: It jumps out immediately. Yet, start with a cold pot and turn it up slowly and the frog feels perfectly fine, even toasty warm. Whether you believe AI will show up someday and hit the off switch on humans or not, there is going to be a transition period as we adjust to autonomous everything.

And it is fine. We’re all fine. Someday — maybe by 2035 — we’ll look back at passenger jets and scoff at those antiquated, stone tablet-wielding, horse-and-buggy humans who demanded that a pilot greet them at the cabin door, even in 2017 when autopilot is fully operational on every flight. How quaint that is. We need to feel like humans are in control. We need to feel like technology is not marching toward an inevitable future where it knows way more than we do.

So let’s get this out of the way: In 2025, you will fly in a plane that is not piloted by humans. You may not have a choice. The savings from letting autopilot do everything will be astronomical. Flights will be safer, because honestly flights already are safer. Humans might still serve us coffee, though. Hopefully it’s from Starbucks.

AR will drive the evolution of automated cars In the next 7 years, true augmented reality will not become mainstream anywhere except the automotive industry — and here’s why. Despite the explosive growth, AR software and content is now mostly created for small-screen devices: smartphones and tablets. True AR presumes that virtual objects will be integrated with the real environment and visible at […]
Read the full story

IBM’s new tool boosts deep learning speed, but only for its hardware IBM unveiled a new technique today that’s supposed to drastically reduce how much time it takes to train distributed deep learning (DDL) systems by applying a ton of powerful hardware to the task. It works by optimizing data transfer between hardware components that run a deep neural network. The key issue IBM is trying to […]
Read the full story

5 ways drones will automate our future Technology stands ready to change our world more completely than perhaps we’re ready for — and drones may well lead the charge. Don’t be fooled by the drones you can buy today. Many of them are little more than glorified toys for adults. If you’re interested in drones, but you’ve been holding out, you’ve likely […]
Read the full story

When bots fight, who settles it? There has been a tiny, yet fierce, war raging behind our technology: the bot brawls. For years, bots on Wikipedia have been staging fierce incursions against each other, undoing each other’s work in a continuous cycle of competing raison d’êtres. These skirmishes went widely unnoticed by humans until a few months ago. Anyone can submit […]
Read the full story

Chatbot or human? There’s only one thing that matters Conversations about chatbots helping humans in the workplace always brings up the same range of issues. We often end up discussing the place artificial intelligence will have in our lives. We (very) often talk about robots taking over completely. Some mention ‘the Singularity’ in a frightened tone, while others scoff at it. Whatever the conversation, it always […]
Read the full story

How bots augment human productivity Not many people have an assistant anymore. That’s why I’m so pumped to have a new helper — her name is Amy, and she is awesome. Amy only has a couple of years of work experience, but she is super friendly and responsive. The main thing that Amy helps me with is scheduling meetings. Conference […]
Read the full story

Andrew Ng’s Next Trick: Training a Million AI Experts Andrew Ng, one of the world’s best-known artificial-intelligence experts, is launching an online effort to create millions more AI experts across a range of industries. Ng, an early pioneer in online learning, hopes his new deep-learning course on Coursera will train people to use the most powerful idea to have emerged in AI in recent years. (via MIT Technology Review)
Read the full story

Using Artificial Intelligence to Motivate Employees While some are worried that artificial intelligence is going to lead to job losses, Iris Tsidon, CEO of Okapi is using AI for operations. Following the trend of Alexa and Siri, Okapi has created a personal assistant for employees within an organization. Iris’s experience as a seasoned HR executive showed her what people need within an organization to succeed and she set out to create it. (via LinkedIn)
Read the full story

Rise of the racist robots – how AI is learning all our worst impulses There is a saying in computer science: garbage in, garbage out. When we feed machines data that reflects our prejudices, they mimic them – from antisemitic chatbots to racially biased software. Does a horrifying future await people forced to live at the mercy of algorithms? (via The Guardian)
Read the full story

Teenage Whiz Kid Invents an AI System to Diagnose Her Grandfather’s Eye Disease When 16-year-old Kavya Kopparapu wasn’t attending conferences, giving speeches, presiding over her school’s bioinformatics society, organizing a research symposium, playing piano, and running a non-profit, she worried about what to do with all her free time. (via IEEE Spectrum)
Read the full story