Advanced Micro Devices is shipping a 16-core Ryzen Threadripper central processing unit (CPU) that the company says takes the speed crown away from Intel for the first time in a decade.

AMD said the world’s fastest CPU is the AMD Ryzen Threadripper 1950X, which runs at a base speed of 3.4 GHz and a boost speed of 4 GHz. It comes in with a Cinebench benchmark score that ranges from 2,900 to 3,100, depending on the system and its overclocking, or how much it is revved beyond the usual spec. Those are varied scores, but they show that AMD is competitive with Intel for the speed crown for the first time since 2006. (Another 100 reviews are expected to hit today from overclockers, and AMD expects even better results).

By comparison, the 10-core Intel Core i9-7900X is rated over 2,000 on Cinebench, with variations depending on overclocking. It’s a good comparison since both chips are shipping in the market and they are priced at $1,000 each. On some measures, AMD says that it has 38 percent better performance at the same price point as Intel, based on the Cinebench results.

“We should have the world’s fastest PC desktop processor,” said Jim Anderson, senior vice president and general manager of AMD’s computing and graphics business group, in an interview with VentureBeat. “I’m a processor architect. On a personal level, it is pretty exciting to deliver that.”

Of course, it’s not clear how long AMD will hold this title. Intel has scheduled a processor introduction event for August 21, and it plans to launch the Core i9-7980XE Extreme Edition desktop processor for $2,000 each. That chip has 18 cores and 36 threads, and is a variant of Intel’s fastest Xeon processors for the data center. Intel says it will ship that processor on September 25. The 16-core i9-7960X Cinebench score is about 3,200, and the 18-core  i9-7980XE is not yet rated.

If the AMD processor is indeed faster than the i9-7900X, and it is likely slower than the i9-7980XE, then AMD should have the speed crowd for exactly 46 days. The last time AMD was that close to Intel, it was shipping the Athlon 64 X2 dual-core chip in 2006.  But that’s a tremendous accomplishment for AMD, which has a stock market value of $12.1 billion compared to Intel’s value of $172 billion. AMD’s resources also pale in comparison to those of Intel, the world’s biggest chip maker. 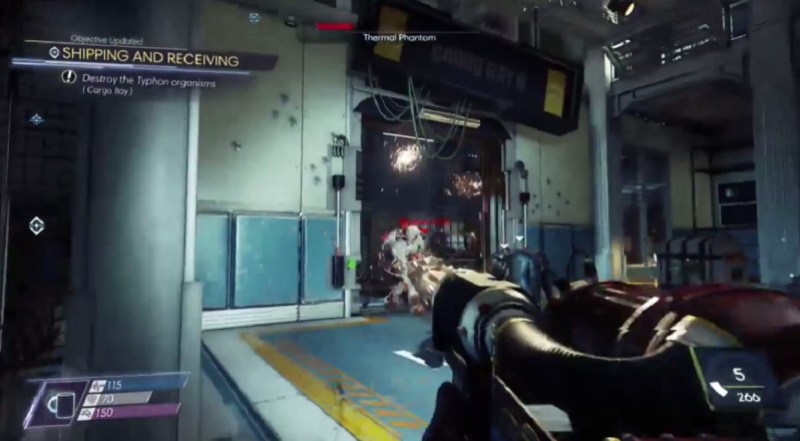 Above: Prey running in 4K on the AMD Threadripper CPU with Radeon Vega Frontier Edition GPUs.

There has been stagnation and very little innovation in the market in the last few years,” Anderson said. “With Ryzen and Threadripper, we have some real innovation we haven’t seen in a long time.”

Threadripper, AMD’s Ryzen consumer chips, and its Epyc data center chips are based on Zen, a new computing core that the Sunnyvale, California company spent almost five years developing. Zen cores can process 52 percent more instructions per clock cycle than the previous generation, which means the same size chip can get a lot more work done.

This architectural renewal has given AMD a rare moment of advantage over Intel, which has not made a similar architectural advance.

“We feel good about our competitiveness in pricing and performance per watt,” said Anderson. “It’s not so much about having the title of the world’s fastest chip. It’s more about our end users. That is who we build the product for, and we bring an incredible level of value.”

AMD is launching a 16-core and 12-core Threadripper chip today, and it will launch a 8-core Threadripper at the end of the month. Anderson said the company is happy with the level of supplies coming for the new chips. Later this year, Anderson said AMD will launch its code-named Raven Ridge chips for notebooks, and it will have commercial and low-end combo CPU-graphics chips next year.

Among the big customers for Threadripper, which is aimed at gamers, is Dell’s Alienware division, which announced preorders on July 27 for its Area 51 Threadripper system. Asked if they thought they the AMD-based Area 51 would run circles around anything else in the market, the Alienware people said yes — for the moment.