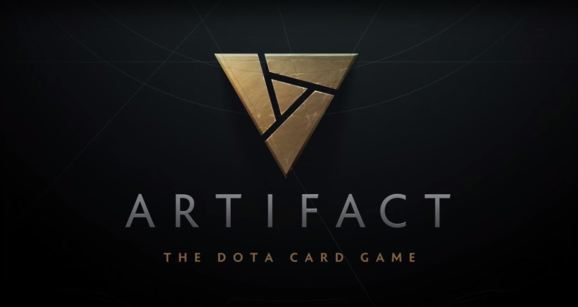 Depending on your point of view, Valve’s news this week is either one heckuva tease or a knife in your Half-Life-lovin’ soul.

Late Tuesday night, the publisher of worldwide hits such as Counter-Strike: Global Offensive and Team Fortress 2 announced Artifact, a digital card game (think Magic: The Gathering, but as a video game). We don’t know much more about it, but we are aware of this: If it follows the path of Dota 2 (from which it’ll draw its lore), Blizzard’s Hearthstone will soon have a big-time competitor in its rear-view mirror.

The digital card game market is growing; market research firm SuperData estimates it could be worth $1.4 billion by 2017’s end. And Hearthstone is on top, making as much as $40 million a month off selling card packs, expansion bundles, and three hero skins. And Blizzard is going to see a surge in cash starting today when The Frozen Throne expansion launchesand players buy thousands of packs of new cards.

But Blizzard has nothing like Steam’s Community Market. This is where those who love games like Dota 2 and Team Fortress 2 make and sell cosmetic items, like hats for player characters and guns skins for Counter-Strike. It’s Valve’s bread-and-butter, too. Imagine how a card game could plug into this marketplace — alternative art for cards and heroes, for example.

Or even … trading collections? People already buy, sell, and swap Steam Trading Cards (which you unlock in your games on the platform). What if I could trade cards from the packs I get in Artifact? I see potential good and harm here — people selling premium cards at absurd prices, others giving away tons of valuable cards for nothing to their friends. Valve has already seen a controversy with skin-trading in Counter-Strike: Global Offensive, and Washington state even investigated it for gambling. Blizzard and just about every other company making card games (like Bethesda and Elder Scrolls: Legends, which just hit mobile last month and I’m reviewing right now) don’t offer this — though those on Steam, like Elder Scrolls, could enable support if their publishers wanted to do so. Valve has the potential to turn the market upside-down with this, even if it doesn’t put Artifact on mobile and tap into an even more lucrative market.

Are players ready for that?

For PC gaming coverage, send news tips to Jeff Grubb (who’s on vacation this week) and guest post submissions to Rowan Kaiser. Please be sure to visit our PC Gaming Channel. You can also enter our Intel-sponsored contest for an iBuyPower Snowblind gaming rig here.

P.S. Is it madness … or mad genius? Hellblade: Senua’s Sacrifice skirts that line.

In the world of fantasy video games, you are nothing until you get your own digital card game. That’s why Dota 2, Valve’s multiplayer online battle arena that is in the middle of a $24 million tournament this week, can finally consider itself one of the big boys now that the publisher announced its spinoff […]

RumbleMonkey lets Hearthstone gamers compete with each other for real money

EXCLUSIVE: RumbleMonkey has created a platform that let gamers play their favorite games for real money winnings. So far, it is supporting competitive play for real money in Hearthstone. It’s based on the notion — as embraced by everything from gambling to prize-based esports — that competition gets more interesting when the stakes are higher, said Jacob […]

Kongregate, an indie game publisher that GameStop recently sold to MTG, is doubling-down on PC and console games from indie developers by setting up a $10 million publishing fund. While Kongregate has focused on web and mobile games in the past, it has shifted more emphasis into PC games lately, and this new fund will […]

AMD and Intel are in a CPU arms race, and Intel announced the latest products in its Core-X series to ensure it is keeping up with AMD’s Threadripper. This second-wave of chips all come in Intel’s new i9 configuration, and they start at 12 cores in the $1,199 i9-7920X and go up to 18 cores […]

A Dota-themed digital card game is coming in 2018. Valve made the announcement today at the 7th annual Dota 2 competition The International, the biggest tournament in esports. Artifact is the new #Dota card game from Valve. Check out our teaser we just revealed during The International. #TI7 https://t.co/ODoct5vkZL — Artifact (@PlayArtifact) August 9, 2017 I’ve […]

Carnegie Mellon University’s Entertainment Technology Center became famous in part because of The Last Lecture. Computer scientist Randy Pausch and Donald Marinelli, a professor of drama, started the graduate school that combines entertainment, technology, and video games in 1999. Pausch contracted cancer, and he died in 2008. But before he did, the beloved teacher gave a final […]

How Valve could change the card game genre with Artifact

The biggest surprise so far out of The International wasn’t a wild play or a surprise upset, but the first game announcement from Valve since 2013. Artifact is a digital Dota card game coming in 2018, and we know almost nothing about it. But from our experience with Valve and tons of other card games on the market, we can make informed guesses about what form Artifact will take. (via PC Gamer)

Meeting PlayerUnknown, and the Fiction that Inspired the Year’s Biggest Surprise Hit

There’s a particular moment of pure, bloody chaos in Battle Royale where a group of teenage girls slaughter each other in the blink of an eye. Before that moment, they were the best of friends, hiding out in a desolate lighthouse. It was their makeshift home in this temporary hell. A hell where everyone was pitted against one another to fight to the death until only one remained. (via US Gamer)

Despite pressure from competing platforms, Steam continues to be the home of PC gaming. Numbers released from this year’s Casual Connect in Seattle reveal that the company has added 1.5 million new users every month for the last 18 months. (via Polygon)

West of Loathing is a silly Wild West RPG for PCs from the developers of the browser-based fantasy MMO Kingdom of Loathing, which was equally silly. To the untrained eye, West of Loathing looks incredibly simplistic, with its stick figure art and monochromatic palette. But it represents a huge jump for Asymmetric Publications, who developed the game. (via Gamasutra)