Optic Gaming took the top prize in The Call of Duty World League World Championship, the official esports tournament for professional Call of Duty players with a total of $4 million on the line.

Fighting it out in Orlando, Florida, Optic Gaming outplayed Team Envy in two separate final matches on Sunday. Optic Gaming, a five-time finalist, won $600,000, or the biggest single chunk of the $1.5 million prize for a first-place finish.

The esports competition was about settling who is the best at the Call of Duty: Infinite Warfare, Activision’s flagship military shooter. Optic was behind in the brackets, so it actually had to beat Team Envy twice.

In the first “best of five” battle, Optic showed its dominance.

In the very first match, Optic Gaming beat Team Envy in a Hardpoint battle, where you have to hold a piece of ground. That ground shifts around to different spots on a map on a timer, and the first team to 250 seconds held wins. Optic grabbed the early lead, and it held off Envy as it tried to come from behind. Optic’s players — Scump, FormaL, Karma, and Crimsix — did a better job with aerial kills, where a soldier jumps into the air, hovers, and shoots one or two enemies from above.

It’s really something to watch, if you’re a Call of Duty fan. They were, of course, far quicker than I was at predicting where the enemy would be, getting to the right vantage points, spotting the enemy, and dispatching them with precision. They all seem to have superhuman reaction time. 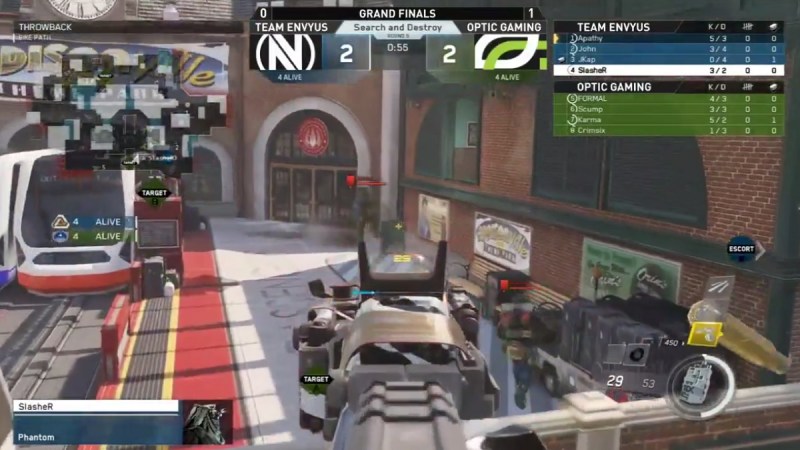 The second match was a Search & Destroy battle on a map dubbed Throwback. In it, you have to eliminate the defending team or detonate either one of two bomb sites. Players only get one life per round in a series of fights. Envy — whose members included JKap, John, Apathy, and SlasheR — won the second match, as it kept on tilting the odds in its favor by getting the first kill on the map.

The third match was an Uplink battle, where one side has to take a drone and throw it into an Uplink goal while the other side tries to stop it. The Throwback map was the back drop for the match, where Optic dominated 5-2 in the first half. During an open mic part of the action, the Optic team was constantly chattering, with players saying “Go right, go right!” or “Go for ball!” or “I got the ball!” With each kill, the crowd roared. Optic closed out the match with a 9-2 victory.

The fourth match was a Hardpoint battle on Scorch. Optic grabbed an early lead, and Envy tried to make a comeback a number of times. The battle came down to a matter of seconds. But Optic held off Envy. That gave Optic a 3-1 victory in the first “best of five” battle. 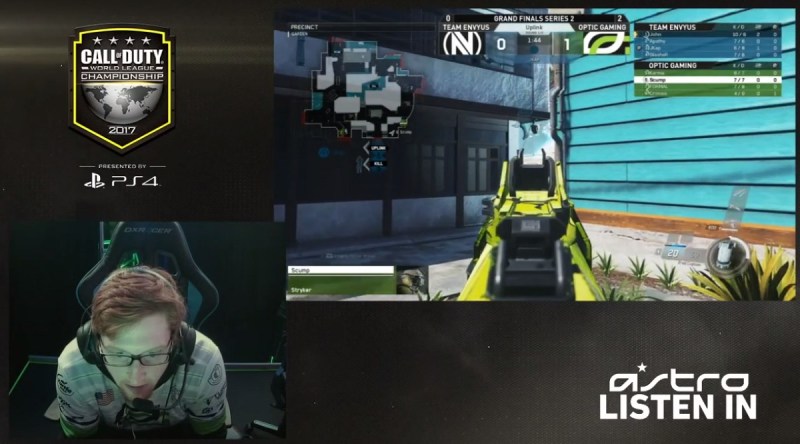 Above: Scrum of Optic Gaming plays in the final CWL Uplink battle.

Just after Optic beat Envy, the teams went at it again. The second “best of five” started on the Throwback map in a Hardpoint battle. The match was close, but Optic took it as both Karma and FormaL had big kill streaks.

The second match was a Search & Destroy battle on the Crusher map. Optic took an early 2-0 lead, getting first kills and following through on them. Envy came back to tie it. The match was a nail biter, tied at 3-3. But then Optic staged a great comeback, winning 6-3. Fans jumped up and down, shouting, “Let’s go Optic!” over and over.

The third and final match was an Uplink battle on the Precinct map. The match started even, at 2-2. Crimsix dunked the ball to make it 3-2 at the end of the first half. FormaL jumped in the air to steal a throw from Envy just as it was about to go into the goal. Envy tried to regain the lead, but they rain out of time. 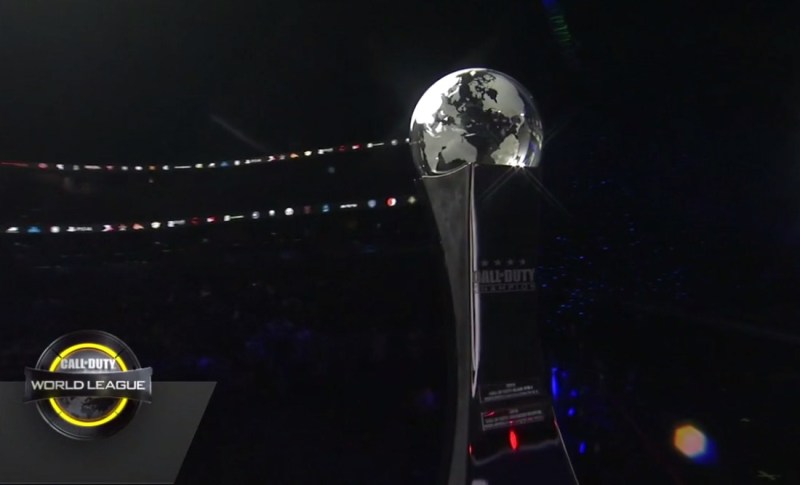 “It’s a little bit heavier than I thought,” Scump said, after the win, as he held the big trophy.

The tournament was grueling. 32 teams played a total of 78 matches in the final tournament. The season kicked off in December, and the finale places at the Amway Center from August 9 to August 13. Throughout the whole season that culminates today, the CWL will have given away a total of $4 million in prizes, the largest amount to date.

The player community has grown 400 percent in the past year, said Rob Kostich, the executive vice president and general manager of Call of Duty at Activision, in an interview earlier this week with GamesBeat. Finalists came from Asia, North America, and Europe. 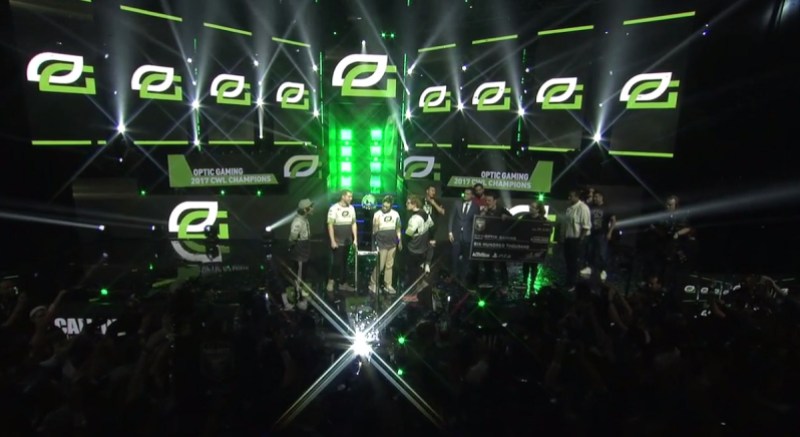 Above: Optic Gaming wins the CWL.