Microsoft today announced it has acquired cloud orchestration startup Cycle Computing. The company said it plans to integrate the startup’s high-performance computing (HPC) technology into Azure. Financial details of the deal were not disclosed.

We asked Microsoft what will happen to Cycle Computing’s non-Azure customers. “We will continue to support Cycle Computing clients using AWS and/or Google Cloud,” a Microsoft spokesperson told VentureBeat. “Future Microsoft versions released will be Azure focused. We are committed to providing customers a seamless migration experience to Azure if and when they choose to migrate.” 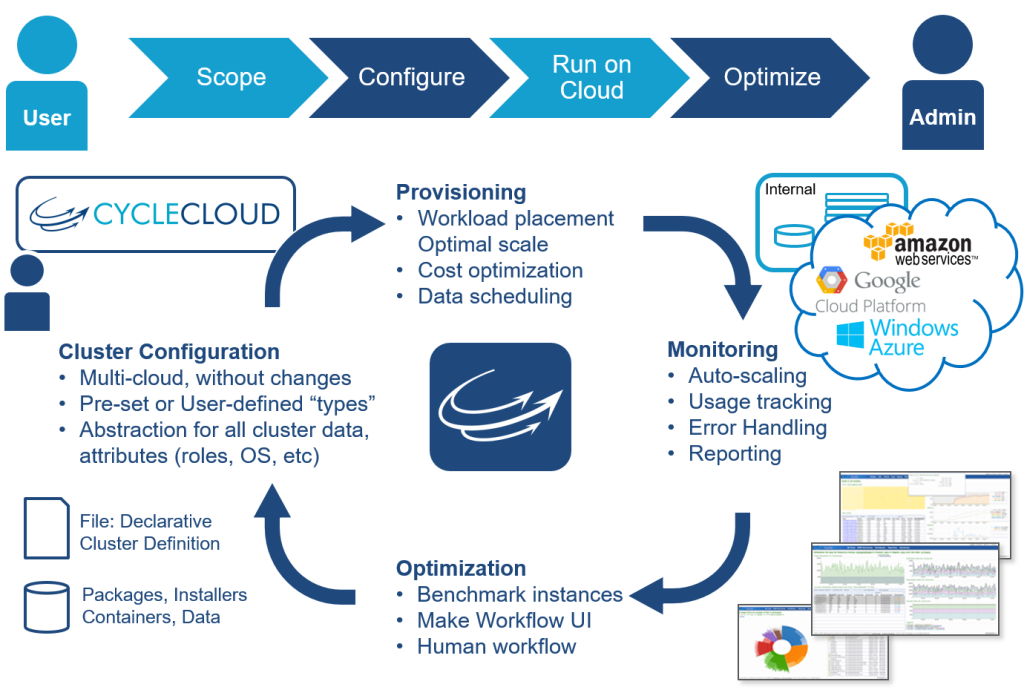 Had it not been for the acquisition, Cycle Computing was on track to manage 1 billion core-hours this year, growing at 2.7x every 12 months, with a customer base that spends $50-100 million annually on cloud infrastructure. In explaining why joining the Azure team makes sense, Stowe cited Microsoft’s global cloud footprint and market reach but also pointed to the tech giant’s Big Compute/HPC team as having “delivered pivotal technologies, such as InfiniBand and next generation GPUs.” Cycle Computing’s technology for managing Linux and Windows compute and data workloads will become part of Microsoft Azure’s Big Compute team.

Microsoft describes Cycle Computing as “a leader in cloud computing orchestration” that has “years of experience with the world’s largest supercomputers.” The acquisition is part of the company’s strategy to make HPC and other Big Computing capabilities accessible to more companies by putting them in the cloud, letting companies run massive workloads at scale without the overhead. Microsoft says it wants to make Big Computing more readily available (the expensive technology has traditionally only been accessible to the most well-funded organizations) so that “your compute power is no longer measured or limited by the square footage of your data center.”

In this vein, Microsoft hopes Cycle Computing will help customers accelerate their movement to the cloud and take advantage of the cloud’s most performant and compliant infrastructure available. Specifically, Microsoft cites Cycle Computing’s “depth and expertise around massively scalable applications” and its technology that can “enhance our support of Linux HPC workloads and make it easier to extend on-premise workloads to the cloud.”

Cycle Computing was founded in 2005. The startup was bootstrapped, meaning it did not take on VC funding (apparently its journey began with an $8,000 credit card bill). In his announcement, Stowe thanked Cycle Computing’s existing customers and employees, as well as the company’s advisors, supporters, vendors, ISVs, and partners.