Pinterest has announced that its 175 million users can now zoom in on any pin to get a closer look at the details contained within images and GIFs.

Given the mobile-first ethos of many online consumers, it’s somewhat amazing that this wasn’t already a feature, as it can be difficult to see the detail of photos on smartphone screens. The new pinch-to-zoom feature will be rolling out now on iOS, with the Android app following sometime in the future.

The move comes a year after Instagram, another popular image-sharing network, introduced pinch-to-zoom for photos and videos. Pinterest said that this is one of its most requested features. 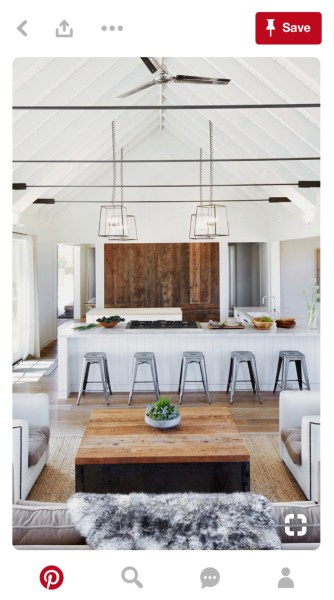 Pinterest has been doubling down on its visual search efforts of late, after having first introduced a tool to enable users to find visually similar things inside of Pins back in 2015. It debuted Lens last June to allow users to snap a photo with their mobile camera to find themes and pins related to their image. The company recently opened Lens to everyone in the U.S., and then opened things up to include a neat recipe search tool.

Pinterest said that visual searches have grown 60 percent year-on-year and it will continue to invest in improving its image-based smarts. The company added that it’s working on ways to integrate real-time object detection so users can initiate a visual search on an item while they’re zoomed in.

Other updates rolling out this week include a new refreshed visual search icon, which is now located at the bottom right corner of Pins on mobile screens. Pinterest also said that after adding visual search to its Chrome browser extension back in March, it’s now letting anyone use the feature, regardless of whether they have a Pinterest account.