Sledgehammer Games has unveiled the new multiplayer map of Gibraltar for Call of Duty: WWII, the first-person shooter coming November 7. It also showed off the new social hub that will invite players to linger in its community.

The company unveiled the new map at the Gamescom convention Cologne, Germany. I played it, as well as a couple of rounds of the previously announced Ardennes, War, and Pointe Du Hoc multiplayer maps. I’m happy to report that I held my own against the influencers — online personalities who gain followers through streaming games and other activities.

In the map, you can maneuver through a vertical or horizontal space. The rock of Gibraltar was fortified by British Prime Minister Winston Churchill to withstand assaults. It was riddled “like Swiss cheese” with tunnels that led to all sorts of chambers, such as hospitals and garages, said Michael Condrey in an interview with GamesBeat.

“It was a huge endeavor to build out the Rock,” the co-Sledgehammer CEO said. 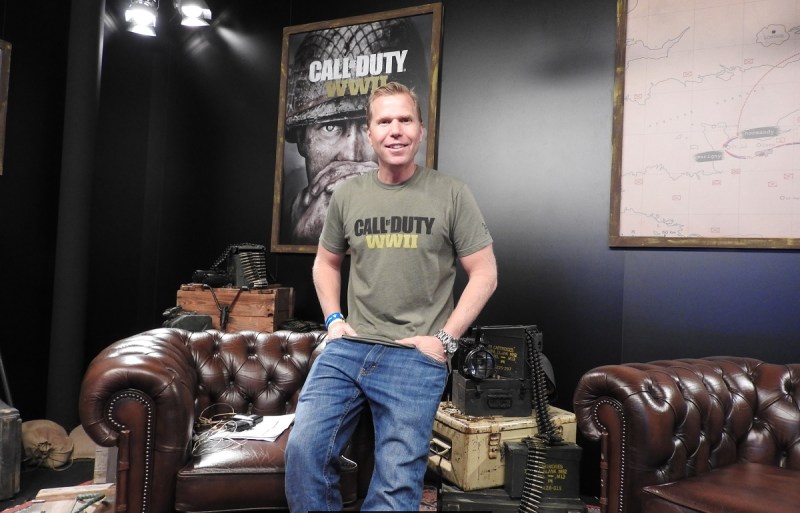 Above: Michael Condrey, co-CEO of Sledgehammer Games, at Gamescom 2017.

As I moved through the map, I looked over ledges and sprinted into circular gun emplacements. The action was fast, and the draw distances were tight. It wasn’t a map for snipers, but it was a good place to pull out a submachine gun and spray bullets around corners. The multiplayer battle isn’t based on a historical battle, as the Rock was never a place where the Allies and the Germans squared off for real. The Axis bombed it, but it never had any infantry combat.

“It has a wide flanking route and an elevation change, so it gives you different ways to approach threats,” Condrey said.

Sledgehammer also showed a video that showed the new social hub for WWII. Dubbed Headquarters, it is set about three days after the Normandy D-Day invasion, when the Allied forces set up huge camps and logistics stations throughout the beachhead. 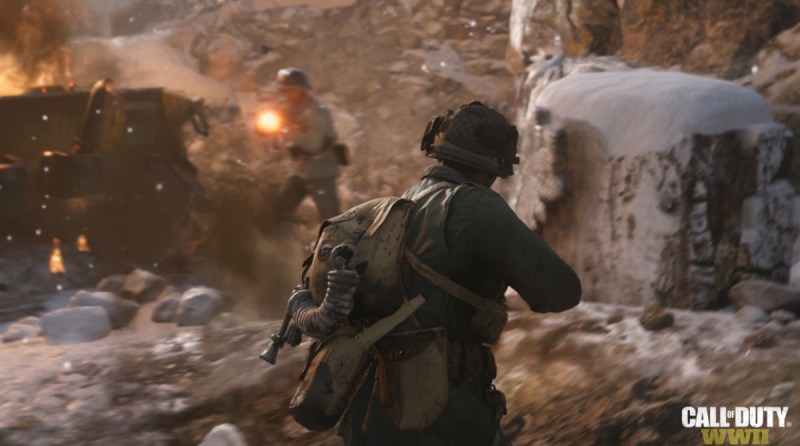 “This is not just about the war,” Condrey. “It’s a social place. We know there are players who don’t want to do just nonstop gun-on-gun action. You can get rewards for how much you participate in Headquarters.”

Condrey said the Headquarters drew inspiration from World of Warcraft, where players would gather and socialize in a large space.

“This is something that Call of Duty hasn’t had before,” he said.

Condrey said he hopes the hub, which can hold up to 48 players, will bring together players for longer social conversations. You can check out leaderboards of all kinds here. The players can engage in practice sessions, testing Scorestreaks, or the big rewards that you get if you get a certain number of kills in a row during multiplayer.

“We have only a few opportunities to use the rare Scorestreaks, and if you practice how to use them, you’ll know what to do when you earn them,” Condrey said. “This way, you won’t waste it.”

You can also challenge friends to 1-on-1 matches in a practice area where other players can watch. And you can fire a wide variety of weapons at a testing ground and compete with others to see who is the most accurate with the weapon, Condrey said.

Condrey showed me how you can choose a Division and a basic skill. That enables you to determine what kind of soldier you will be. The Airborne division gets a noise suppressor, while the Expeditionary force gets shotguns with experimental incendiary shells. You can unlock different uniforms and personalize your weapons.