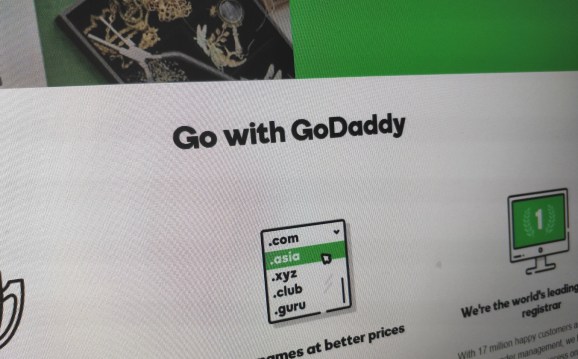 GoDaddy said CEO Blake Irving will retire at the end of 2017, with the company’s current president and chief operating officer, Scott Wagner, replacing him. Irving will also step down from the board next June.

Irving, 58, became GoDaddy’s CEO in 2013 after serving as Yahoo’s chief product officer. At the time, GoDaddy was grooming itself for an IPO and trying to shake off years of controversies under the leadership of its founder, Bob Parsons.

Notably, GoDaddy endured costly boycotts in 2011 after its sustained support for the Stop Online Piracy Act (SOPA), a proposed anti-piracy legislation that critics viewed as draconian. The company was also known for lavish Super Bowl commercials that many saw as sexist. Around that time, investors such as KKR and Silver Lake Partners bought a majority stake in the company, leading to Parsons’ exit as CEO and, later, board chairman.

Under Irving’s management, GoDaddy ditched the racy commercials, steered the company past its controversies, and prepared it for an IPO. Since debuting at $20 a share in April 2015, GoDaddy’s stock has more than doubled to close at $41.87 a share Tuesday. Analysts are forecasting the company to post a profit of 33 cents a share in 2017 following five straight years of net losses.

GoDaddy also kicked out Stormfront, the website of white supremacists and Nazis.

“After more than three decades in technology, I’ve decided it’s time to retire and begin the next phase of my life,” Irving said in a statement.

Wagner also joined GoDaddy in 2013, after a 13-year tenure at KKR, where he served as a partner and was a key member of the team that invested in GoDaddy in 2011.

GoDaddy shares, which closed Tuesday’s official trading session up 1 percent, was down 0.5 percent in after-hours trading.