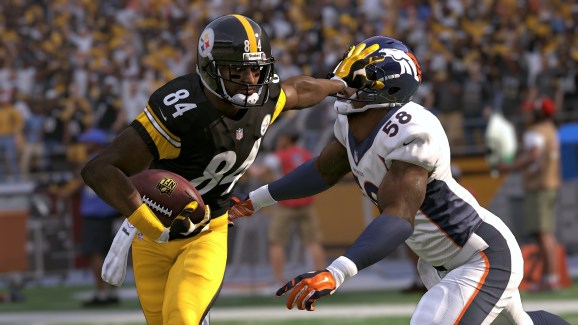 Although a lot of this year’s Madden hype revolves around Longshot, chances are you will return to a familiar favorite once the story mode runs its course.

Madden NFL 18’s franchise mode remains virtually unchanged from last year’s iteration. I haven’t noticed a single difference between the two, which means there are a few delightful exploits to take advantage of on the way to the hall of fame.

Before getting into the meat of this guide, which should give you all the tools necessary to dominate in your solo exploits, here is a quick rundown of how I made it.

First of all, I only play on the highest difficulty. Sports games are easy and should be treated as such. I also use 12-minute quarters. While other games have devised realistic systems that allow you to play with the real-life quarter length, Madden has not. I find that 12 minutes allows for the same amount of plays found in a regular NFL game. If you do 15, you’re going to throw for 600 yards and five interceptions.

Next, it’s important to note that Madden has one true exploit: While other sports franchises (FIFA, NBA 2K) punish your speed, agility and similar rankings for making a larger player, Madden does not. That’s not to say a 7-foot tall running back moves as quickly as one standing 5 feet 7 inches, but they would technically have the same ratings. Some positions can use this, and I will show you which.

And finally, always create your player as an early round draft pick. You will start with the skills necessary to do well as a rookie. The “increased physical attributes” you get as a late-round pick aren’t worth it. The difference between a speed statistic of 90 vs. 94 isn’t worth the all-around value of starting as an early pick.

Here are my specific breakdowns for most created player positions in Madden NFL 18.

Make him tall, as in 6 feet-6 inches or larger. This will allow you to see over most of the lineman when dropping back, and you’ll still be able to move quickly because the game doesn’t punish you as much for size.

You may want to check the offensive line of the team you wish to play for before creating your player. Adding a lineman or two to shore up any deficiencies may help. If you do this, make sure you select the “active roster” option rather than the “real roster” one when starting the franchise mode, or your changes may not save.

The Denver Broncos is an excellent team to consider, as it needs a quarterback and has two great wide receivers.

Start out the first week by leveling up short, medium and long accuracy and buying the “brace vs. all” trait, which helps you not fumble when you get hit.

When playing, there are a few things to consider.

You will throw interceptions. The All-Madden difficulty makes the opposing defensive backs into monster, so sometimes you just will throw picks. You will also take sacks, as this difficulty turns your offensive linemen into marshmallows.

But you can take advantage of a defense before the ball is snapped. The traditional way of calling plays means you select running plays on first down. Don’t do that. Try using a play-action or short pass.

Once you’ve picked a play, take a look at the safeties — the defensive players in the very back. There should be two of them. If there’s not, then one is likely blitzing or in coverage. Audible to something deep, and throw it in the direction the single safety is not — especially if you see that wide receiver’s cover guy up really close to him.

You should also take a look at what the defensive ends, the guys on the outside of the line opposite your line, do after you snap the ball. If they’re trying to rush to the outside of your tackles, stay inside the pocket created by your line. If they try to move inside, you’re probably going to be able to run it to the outside. If you have 10 yards or so in front of you, run it. Passing is always risky, even if your guy is wide open. Running for the first down is a sure bet.

When you do throw it, make use of Madden’s different passing options. Flicking the left stick forward while tapping a receiver’s button will execute a long ball perfect for deep routes, while holding the button is better for quick passes like slants and screens. If you can see where the defender is, flick the stick away from that player. Your receivers will drop a lot of passes. That just happens on All-Madden difficulty.

It’s important to note that your running back will be a complete idiot during this playthrough. He will never be good for more than a few yards. I like to complete 50 or 100 yards of passing before going to the running back, as the defense will no longer be primed to swallow him whole.

Quarterback allows you the most control in the game. It’s not a bad place to fall back on if you start to get frustrated with Madden’s horrible AI.