What I mean by that—I’ll give you an example. I once had a conversation with a founder of a company, a western company, years ago, just at the dawn of Facebook games. He said, “Sure, I know about free-to-play games.” This was before there had ever been free-to-play games in the west. “That’s that strategy for monetization where you make more than you ever would have made off a packaged-goods game.” I said, “Well, no, I think it’s different than that.” They said, “No, I’ve studied this. I’ve been to Korea.”

The thing about free-to-play games is it didn’t start off as a strategy for monetization. It started off as truly making the game free, and then the idea is, you can buy a few items in the game if you want to make the experience better. It wasn’t strategic. What you want to do, in a truly multiplayer online game, on any device, is give a compelling experience for someone to come back over and over again. If you don’t have that, you don’t have a business at all.

The mistake that’s easy to make is to assume, “Oh, this user base will always be here, so I can crank up the monetization in order to achieve whatever near-term goals I have.” Which are often driven by venture capital – see growth, show growth. A lot of M&A is driven by rates of growth.

GamesBeat: When a game is growing, you can set monetization at a certain threshold to pay for your overhead. But when that growth changes, the game stops producing the income you thought was coming, and so now you have to consider changing the pricing in order to pay for that overhead in servers. Maybe that equation changes with the size of the audience over time, and that explains why companies get more draconian with their pricing policies.

Mahoney: Again, with the caveat that we’ve made every mistake that there is to make, what we’ve learned along the way and why we’re so focused on tying up with great developers and working hard on live operations and taking our knowledge around the world—the number one thing is longevity. You have no business unless a person is going to stay and keep coming back. In order to do that you have to give them an experience that’s better for them than all the other experiences they’ve got, and there are a lot of those in the entertainment business.

The companies that don’t focus on that have no sustainability. By definition they don’t have much business value. It may look like they have business value. A game company executive in the online games business, at any given time, might feel the temptation to crank up the monetization, which essentially means drawing a lot of revenue forward. It draws revenue forward because you may kill retention, and if you kill retention you have no future. It feels counterintuitive to people who don’t spend much time in the game. 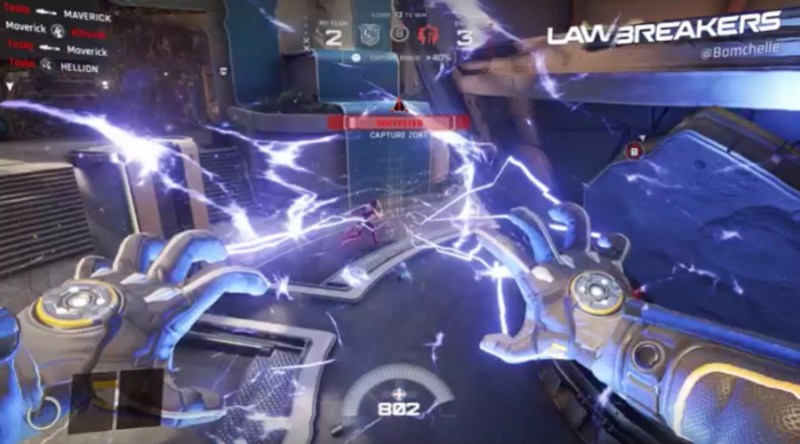 Above: You can electrify enemies, Palpatine style, in Lawbreakers

GamesBeat: LawBreakers just launched. I was wondering how that was going, and how it fits into these discussions.

Mahoney: Last week was a big week for us. We announced earnings, where we grew significantly in basically every region. It was our best Q2 ever. Number two, we launched Dark Avengers 3 in Korea two weeks ago, and that’s off to a great start. We launched LawBreakers. We launched Titanfall: Assault on mobile. We have more games in the pipeline in each of our key regions.

LawBreakers specifically—what we don’t know today is how we’ll do over the long term. But early returns are good. We have a user community responding very positively to the game. The debate you may have seen online, some people are talking about, “Does this look like Overwatch and how does this compare to Overwatch?” You spend 30 seconds in the game and you know it’s nothing like Overwatch, beyond being a first-person shooter.

Mahoney: The most important thing is the reviews there are very good. That’s a reflection of the great work the development team did. We want to support teams like that, because we know over time that if we do that well, it’ll benefit us and benefit the gaming community. There need to be more developers like Boss Key and Cliff in the world, working and taking huge creative risks. LawBreakers really is a huge creative risk. I have enormous respect for him and his team that runs very deep in our organization. We want to do more of that.

Titanfall: Assault is another good example where we’re trying something that hasn’t really been tried heavily in the past. We think we have a terrific realtime strategy game on a mobile device that has a lot more depth than most mobile games. The team behind it is really strong. It’s the Particle City team that’s partly owned by Respawn. Titanfall is a great franchise. Gamers like me want to live in that world and take it with us in our pocket. We think it’s a compelling experience, and players seem to like it a lot.

Mahoney: They’re very sincere about the “#skilledaf” thing. That’s been an underserved market for a long time. It’s a group of people that haven’t had something directed toward them. I kind of consider that a crime. But it’s not to everybody’s taste.

My advice would be, there are some very good tutorials. Play those. They’ve done a really good job of teaching people how to play a character. I also watch a lot of it on Twitch, because it’s pretty compelling viewing when you see somebody who’s playing well. It’s such a skill-based game, and it’s designed to be a skill-based game. You have to aim well. You have to avoid damage.

If we do our job well—we feel strongly that a couple of things have to happen. One, you have to have this core ability to make a game well and make a game last, which means you have to serve your community. We have this strong capability for doing this in several parts of the world. We’ve been working hard behind the scenes to increase that capability in other parts of the world, specifically in the west.

Then we’ve been working hard with what we consider some of the best developers in the world to combine that capability with their capability around making a really strong game, and supporting them in a way that—because they’re pushing the creative envelope, they may not find as much support as they’d like to have, but they’re moving the industry forward. We plan on taking more creative risks and supporting them in bigger ways than before. Those sorts of risks need a voice. There’s not enough of them. 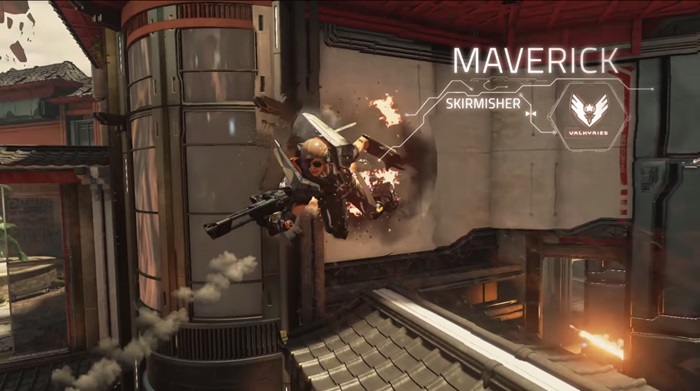 GamesBeat: Does getting good early results justify more investment, or is this such a long-term thing that that’s not a factor?

Mahoney: In online games, our theory is that it’s not a hit until it’s been growing for several years. This is not a short-term game. There are numerous good examples of monster hits today that were nothing for the first two years. Nobody paid attention to them. In the west an early example was Maple Story. It came from Korea, where it had a very similar pattern. In Korea it started off small and built up over time. League of Legends came on later. As we were talking about before, it impressed very few people until everyone saw what a great game it became over time. While everyone was looking at something else, it was quietly doing its thing.

This concept of a hit-driven business – “We have to have a hit!” – is not necessarily healthy all the time. Our view is, we have to take a long, committed view in each region if we want to have the kind of success we’ve had in our earlier regions, like Korea, China, and Japan.

Our business looks very complex, because under the hood it really is very complex in execution. But there are some core principles that we keep coming back to, that are really important. It sounds simple, but it’s easy to forget. Those are things like longevity – the idea that you launch a game and it’s just the beginning of your relationship, not the end. Quality and differentiation really do matter when you’re talking about new games. These are easy things to talk about, but they’re incredibly hard to do. It’s easy to get distracted by other things. But these strike me, as someone who’s been in the industry a long time now, as some of the core truths. We think there should be more companies pushing these ideas. We wish there were.

If you look at some other industries, like television—you grew up in the U.S., right, in the ‘70s and ‘80s? When I explain to people in their 30s the kind of junk TV we grew up on—like, look at YouTube and check out the Love Boat or Fantasy Island. These were awful shows. It probably explains some of why we have such a messed-up political situation now, because we all grew up on this junk food.

TV has gone through a revolution. Even five years ago, compared to today—we have Netflix, Amazon, and HBO coming out with an insane amount of wonderful content. The best actors never wanted to go to TV before. Same thing for screenwriters and directors. Now they all end up in TV first, and the big screen is an afterthought. It’s improved the whole TV industry.

That’s very possible in the games industry. You have people who are in a position to really make investments in games and support developers that way. Developers are creators. If they get support and people are willing to take creative risks, we’ll have a much healthier industry.

GamesBeat: Have you seen it in some of your games, like more persistent games?

Mahoney: In all games you see a variety of—when I was growing up playing arcade games, getting on the high score list was a big deal. That’s a proto version of self-expression. “I got my initials in the top five!” Ranking highly among my friends—it hasn’t really been exploited or delved into much at all, but it’s an interesting idea. You get snippets here and there, but every time you get it, it seems pretty compelling.