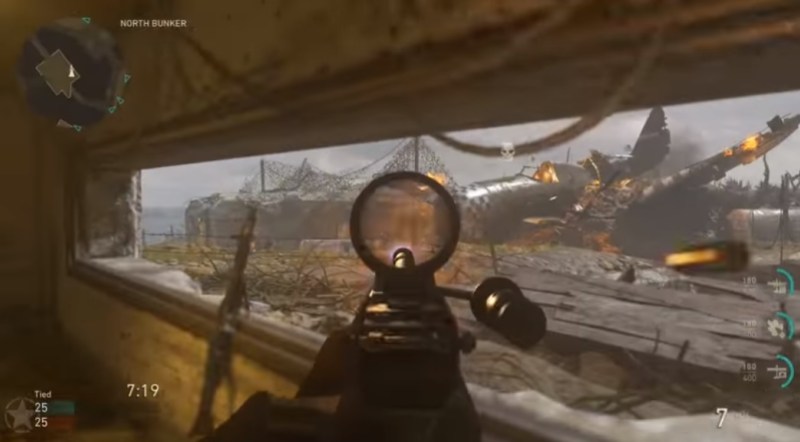 GamesBeat: Did you pick some of these ideas up from Call of Duty Elite?

Condrey: No, it came more from — I really love the cities in World of Warcraft. You go on all these quests and you come back to the cities and you see people just being organically social, hanging out, showing off, trading. People would ride in on their epic mount and you’d think, “Whoa, who’s that guy?” They’d mail each other to meet at the auction house. All these things formed the community aspect around this large social space. It’s something Call of Duty hasn’t had before.

We know there are people who want to be with their friends, who maybe don’t want to play competitive Team Deathmatch or Domination as much, but they want to go and master the emblem editor. There are leaderboards for all kinds of things. There’s a social score. Unlike your K/D—we want to change people’s behaviors. In Headquarters, the more things you do to contribute to the community, the higher your social score, and the more rewards you get. At some point we hope to see people asking, “Hey, what’s your social score?” instead of asking about K/D, because it means you’re just an awesome member of the community.

GamesBeat: Are you able to learn better because you’re fighting against humans in that social area?

Condrey: The 1v1 is player-versus-player. The competitive firing range, you’re playing against other players.

GamesBeat: So in some ways it’s better than a tutorial that just pits you against bots.

Condrey: Right. At the studio, Brian and I and a bunch of other guys will jump on the firing range and see who can get the most shots, the highest accuracy. That spirit of social competition is part of Call of Duty. You can get up to 48 people simultaneously in the firing range. It’s cool. We know a lot of players want to come together and experience it in different ways. Organic things start to happen. People start hanging out. There are little Easter eggs to find, different ways to express yourself. All that comes together. We end up with a pretty neat space, the first true social space for the franchise.

GamesBeat: Is there a theory that that makes the game stickier, so people come back more generally? The time spent in the whole game increases.

Condrey: A couple of things are important. One, you want your experience to end on high notes. When I think about the types of activities I enjoy — I’ve grown up with brothers. I was in a fraternity. I enjoy the competitive spirit of things like fantasy football or pickup basketball. But I also like hanging out with my friends and just having a social space.

I don’t want the last experience of your night to be just looking at your latest K/D. I want you to be able to go somewhere and enjoy being part of the community. You can celebrate and have some fanfare. Prestiging is a great example. You’ll spend nearly 30 hours to prestige, and right now, there’s no fanfare. You don’t do anything with your friends. You just go home and press X. But now, with Headquarters, you prestige in front of the whole community. It’s a big celebration. Fireworks go off. The general comes out and congratulates you. It’s a high moment. That’s proper fanfare.

That and this idea that if we can drive a new type of behavior, this social score that inspires people to work together in the community — yeah, you’ll come and hang out for a few minutes and party up. Maybe you’ll jump into Zombies, come back and jump into MP, come back and show off some emblems you created, or head down to the firing range. It’s a bunch of things that will change how you want to play and what brings you back.

For new players, we’ve all known—it’s no secret that when you play Call of Duty for the first time as a new player, you can be intimidated. You’re not really sure how to become proficient. Maybe you start on the firing range. We have this great onboarding now, the first time you start in Headquarters, where it teaches you about the game. It sends you on some missions to get experience. As that all comes together—we hope players will find a way to start their night there or end their night there. 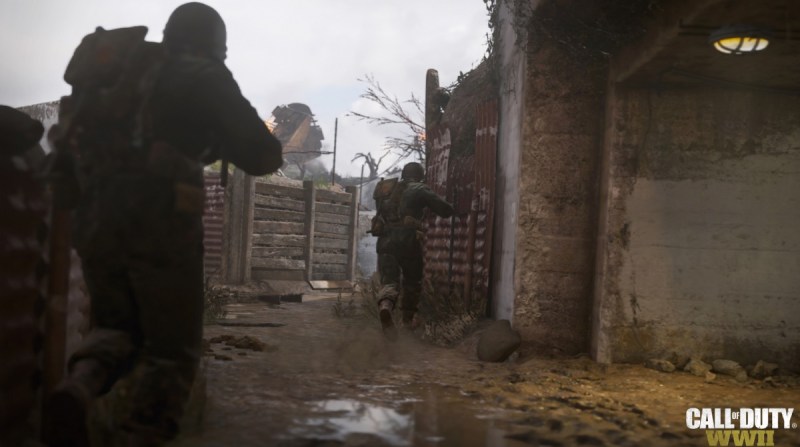 GamesBeat: Did you think about adding spectating? That happens a lot outside the game on Twitch now. There’s a bit of watching 1v1s going on now.

Condrey: Yeah, there is. We know people like to be recognized for doing well. Headquarters is full of leaderboards. Every Headquarters has 48 players and there will be many instances of them around. Each one will have leaderboards for all the people in that community. You’ll know if you’re the best at TDM, or if you have the best accuracy on the firing range, or the most kills in 1v1, or the top social score. You can spectate and message. There’s a whole system of quick chats to connect and talk.

GamesBeat: Do you still do clans separately?

Condrey: Right. This is going to feel like a proper, living, interactive social space. 48 players was a stretch for us. It took a lot to get to that. The setting is D-Day plus three, three days after D-Day, where the Allies have taken the beaches and set up an operational space. It feels very full of people.

There’s a classic photo from Life or Time Magazine showing Normandy beach three days after the landing. Because the harbors had all been bombed, that became where they brought in all their operational supplies  — thousands of troops and vehicles, hundreds of thousands of pounds of food and ammunition, it all came in through Normandy and they set up a base there. If you look at Headquarters now, you can see the inspiration from that photo. It’s the historical motivation. You can see it here. These were all the Allied operational forces coming in. We’re trying to capture the spirit of this massive force.

There’s a theater where you can spectate other events happening. There are recreational areas. We have a bunch of things we hope will keep people coming back.

GamesBeat: Are more of the maps smaller, on a scale like six players versus six players?

Condrey: The traditional Call of Duty maps, the small to medium designs, quick to engagement, that’s still where we find the most enjoyment as players. War mode has non-traditional layouts, though. It’s still six on six, but it’s this asymmetrical, linear experience where you push through objectives. That’s a ton of fun. It pushes teamwork in a different way. It’s a different flavor. We have several maps coming in addition to the one you saw at E3. It gives us some unique opportunities.

Condrey: No, but we’re definitely going to unveil two German maps this week at Gamescom.

GamesBeat: Have you thought about doing a Dunkirk map, now that it’s so much more famous?

Condrey: We had talked about Dunkirk and the beginning of the war. We talked about the eastern front. For now, though, it’s 1944 and 1945, D-Day to the Rhine, the Battle of the Bulge, Hurtgen Forest. There are a couple of other European locations that are not in the campaign, but they all generally take place in the European theater.