Cyan has a double dose of news about its Obduction thriller. The game is debuting on the PlayStation 4 today, and the company has cut a deal with Hollywood’s Legendary Pictures to add a backstory to the award-winning adventure puzzle game.

Legendary Pictures’ VR division will work on fleshing out the narrative experience of Obduction in partnership with Spokane, Washington-based Cyan, which is run by Rand Miller, the co-creator of the original Myst and Riven games. Obduction is now both a VR and 2D screen game.

(Robyn and Rand Miller, co-creators of Myst and Riven, will come talk about the lessons of the past at our GamesBeat 2017 event on October 5-6 in San Francisco.)

Cyan is selling the PS4 version and PlayStation VR version together in a bundle for $30. It also includes exclusive new content, such as a new screen, which reveals a new area: a mysterious Russian submarine inside a large cavern.

I asked Rand Miller what he thought about Obduction’s art style, game mechanics, and themes compared to the original Myst. Here’s what he said:

I feel like Obduction succeeds in providing that same kind of feeling that Myst provided a couple decades ago — where players are dropped into the middle of a world and story and become part of both. That was such a unique feeling in Myst, and we really wanted to capture it again.

As for the style and art — it’s very different, and very similar. Different in that it’s no longer single static snapshot linked together to paint the world, but a world that you flow through in three dimensions in real time. Different in that our art director and the artists that worked on Obduction have their own voices that give Obduction its own unique personality. Similar in that it’s once again a somewhat surreal world with alien and familiar elements juxtaposed in ways that hopefully encourage players to discover more about what it all means. And similar in that we really worked to try to make the story, the environment, and the puzzles support each other and make consistent sense.

The one similarity in theme is the idea of being snatched away from your comfortable surrounding and plopped into unfamiliar circumstances. We always considered that with Myst, we wanted the player to act like it was them — that they were having this experience — not playing a role. Obduction continues with that premise. Even though the story and environment are very different, that theme remains the same — this is you, what would you do? 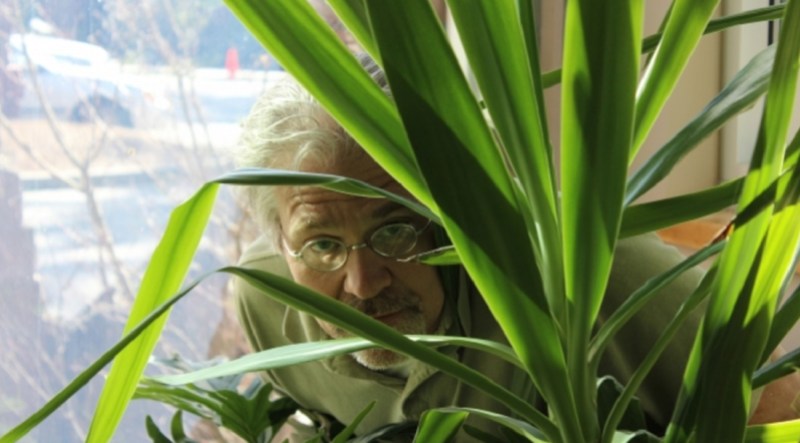 Above: Rand Miller is co-creator of Myst at Cyan.

The new content also includes greater insight into the backstory of the characters and places and two new music tracks composed by Cyan software and audio engineer Hannah Gamiel.

“Legendary has always been driven by a passion to empower great storytellers to tell great stories, no matter the medium,” said Ethan Stearns, the vice president at Legendary VR, in a statement. “Having successfully developed innovative story worlds across film, television, comics, live experience, and virtual reality, Legendary is thrilled to have an opportunity to continue pushing back the narrative boundaries of storytelling by bringing our brand of elevated, fully immersive VR to the gaming space alongside a groundbreaking studio like Cyan, who has truly revolutionized the computer gaming experience for its fans.”

The PS VR version was made possible in part by a partnership with Legendary VR, a division of Legendary Pictures, the Hollywood studio best known for the The Dark Knight trilogy, 2014’s Godzilla, and recent blockbuster Kong: Skull Island. Legendary has the rights to make a TV show based on Myst. 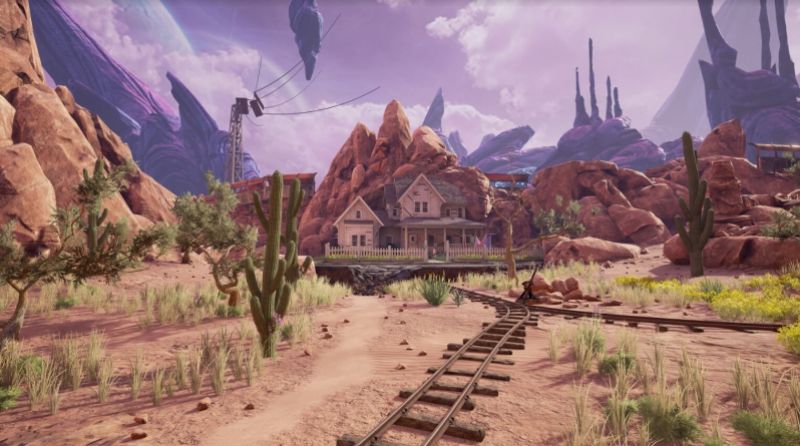 Above: Obduction is a mysterious puzzle game.

“We already had a great relationship with Legendary Pictures as they have the options for a Myst TV show,” said Rand Miller in a statement. “Now as they expand into VR for both interactive and entertainment, it’s very exciting to be working work with them on the road map ahead.”