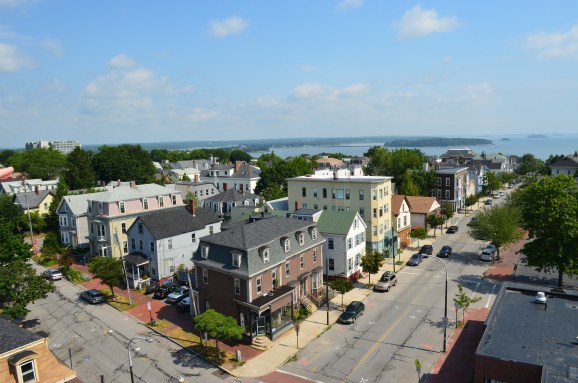 CashStar, a payments platform for retailers based in Portland, Maine, announced today that it has been acquired by California-based competitor Blackhawk Network for $175 million in cash. The deal is one of the largest acquisitions for a Portland startup in the past several years.

CashStar’s platform helps companies, mostly retailers, sell digital gift cards and manage customer loyalty programs. Its current client list includes many retail giants, like Starbucks, Sephora, and Dunkin’ Donuts, as well as some tech names, like Uber, who came on as a client in 2016. The company had raised $50 million in venture capital funding in total. CashStar currently has 175 employees, most working out of its two offices in Portland and Waltham, Massachusetts.

CashStar has been a notable player in the Portland startup community since it was launched in 2008 by David Stone, a former American Express executive and serial Portland entrepreneur, and Steven Boal, the CEO of Quotient Technology (formerly Coupons.com). Stone left CashStar in 2013, while Boal had served as chairman of CashStar’s board until the acquisition. Current CEO Ben Kaplan will remain with the company.

According to Maine startup blogger Whit Richardson, CashStar’s $175 million acquisition is the second largest in several years, surpassed only by Putney, a pet pharmaceutical company that was acquired in March 2016 for $200 million.

The cluster of nine-figure acquisitions bodes well for Portland, though it’s still missing a billion-dollar company. However, considering that Portland’s population hovers around 60,000, the level of startup success it’s seen recently isn’t bad, considering that it’s competing with Heartland cities with 10 times its population.