A Final Fantasy fighting game is a great idea. The series has had tons of memorable characters. Putting them together in a brawler should be great fan service. And in some ways, Dissidia Final Fantasy NT is just that. But as I learned by playing the fighter’s beta on PlayStation 4, it’s also a disaster of poor design decisions.

NT, which comes out for the PlayStation 4 on January 30, is the third game in the Dissidia series. The other two came out for the PSP, Sony’s first portable system. The gameplay in NT, which is based on an arcade version of the series that only came out in Japan, is similar to its PSP predecessors … which were themselves confusing.

Attacking isn’t as simple as attacking

In most fighting games, characters have health (or HP, meaning hit points). You attack them to deplete it. In Dissida, characters have health and another resource, Bravery. You have HP Attacks and Bravery Attacks. Bravery Attacks increase your Bravery while depleting the gauge of whoever you hit. What exactly is Bravery? It’s a number that indicates how much damage your HP Attack will do. 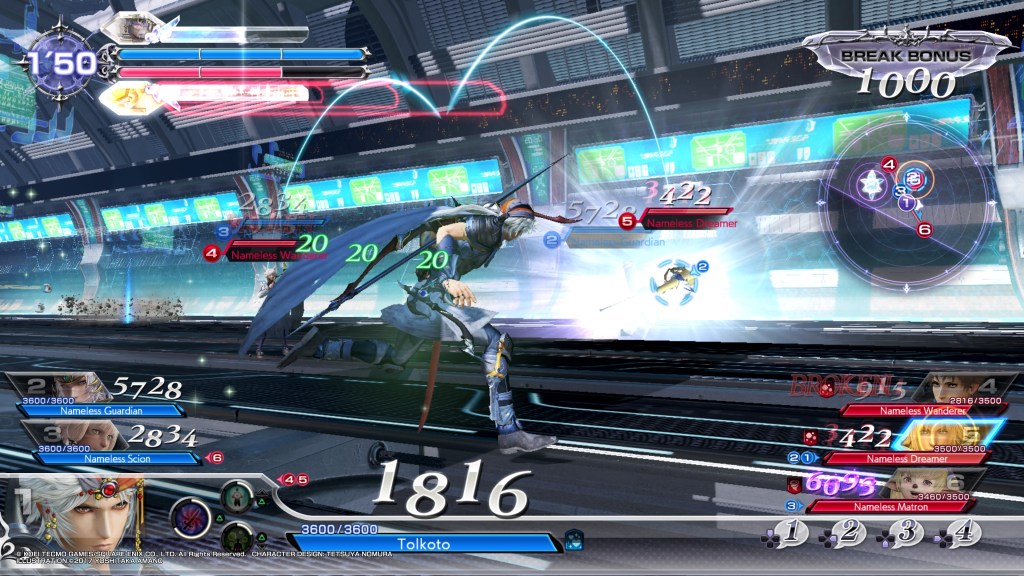 Above: Things are happening here, I think.

So, you need to hit people with Bravery Attacks to increase your Bravery so that your HP Attack can kill them. It’s … a little convoluted. But, you know what? That’s fine. The fighting game genre is crowded. You need to do something to stand out, and introducing new mechanics and ideas is one way to separate yourself from all of the Street Fighter and Tekken clones.

And that’s why the PSP Dissidia games were fun despite being so unorthodox. But NT takes things further. Instead of 1-on-1 bouts, it features 3-vs.-3 fights. This means that the user interface has to display a ton of information at any time.

How do you gracefully present so much info — health, Bravery, cooldowns, player positions, and more — without cluttering up the screen? You don’t. Just look at this screenshot from NT’s own video tutorial. 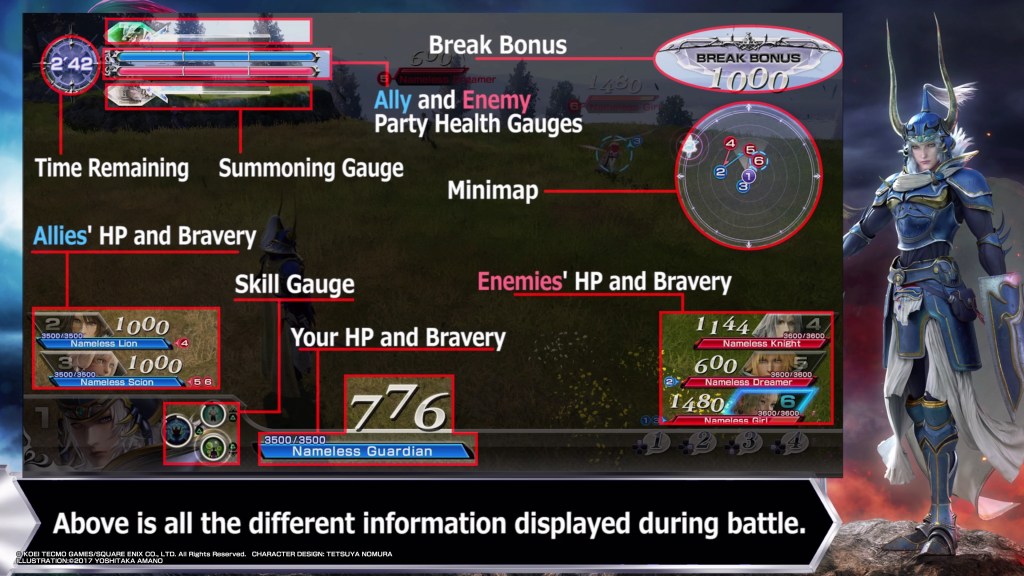 It’s terrifying. I want to scream. It is an abomination. If a game needs to display this much information to the player at all times, something has gone wrong with its fundamental design. Remember, you need to keep track of all of this while fighting three people alongside two other players.

And this isn’t some kind of strategy game or deep simulator. It’s a fighting game. You might think that Square Enix has added all of these systems to make it feel more like a role-playing game. You know, like Final Fantasy. But Dissida doesn’t feel like an RPG. It’s still a fighting game, just one overburdened by nonsense.

But I wish that Dissidia NT was either simpler or found a more eloquent way of displaying all of its information. Again, this is the third installment in the series. The experience should feel refined, not more convoluted than ever.

Maybe after extended practice, getting a firmer grasp on NT’s mechanics will offer a rich and rewarding fighter experience. But I’m worried that this mayhem of numbers and meters will become overwhelmed by its own attempts to stand out. It’s easy to imagine that most PlayStation 4 owners who try NT will become frustrated long before they learn how to properly play it.