At its IFA 2017 event today, Lenovo took the wraps off three refreshed laptops, its new Windows Mixed Reality headset, a Home Assistant Pack for its tablets, and a Star Wars augmented reality experience. The message was clear: Lenovo wants to be a part of the voice assistant and augmented reality trends.

The Chinese computer maker, which recently lost the top PC spot to HP, isn’t doing this all on its own. Lenovo is leaning on Amazon, Disney, and Microsoft to make sure it isn’t left behind. Competition is fierce in these new spaces, and Lenovo is smartly taking a multi-pronged approach to see what works best.

Cortana for laptops, Alexa for tablets

For Lenovo’s latest laptops, touch is standard. Having embraced the touch input trend, the company is now looking at voice input for its laptops and tablets. The Yoga 920, coming exactly 12 months after the Yoga 910, puts a big emphasis on voice recognition. Cortana support in a Windows 10 laptop is nothing new, but the Yoga 920 takes it a step further by being able to recognize voice commands in standby mode and from up to 4 meters away. As for specs, you can expect Intel’s eighth-generation processors (up to the Quad Core i7), a nearly bezel-less 4K IPS touchscreen in a 13.9-inch frame, a weight starting at 1.37 kg (3.02 lbs), 8GB/12GB/16GB RAM options, 256GB/512GB/1TB SSD storage options, two USB Type-C ports, and one USB 3.0 port. Like other Yogas, the 920 can switch into four modes: laptop, stand, tent, and tablet. 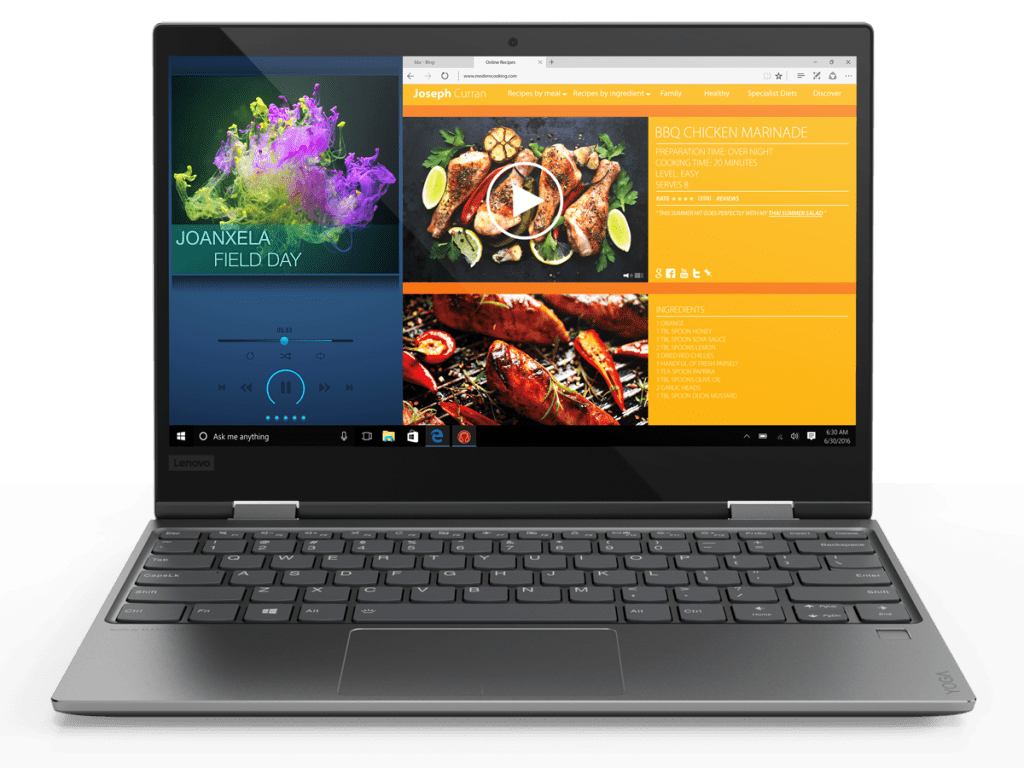 Next up is a 12-inch version of the Yoga 720, which the company describes as its “most portable and compact Yoga 720 model yet” at 0.62 inches thin and 2.53 pounds. Unfortunately it’s still stuck on Intel’s seventh-generation processors. 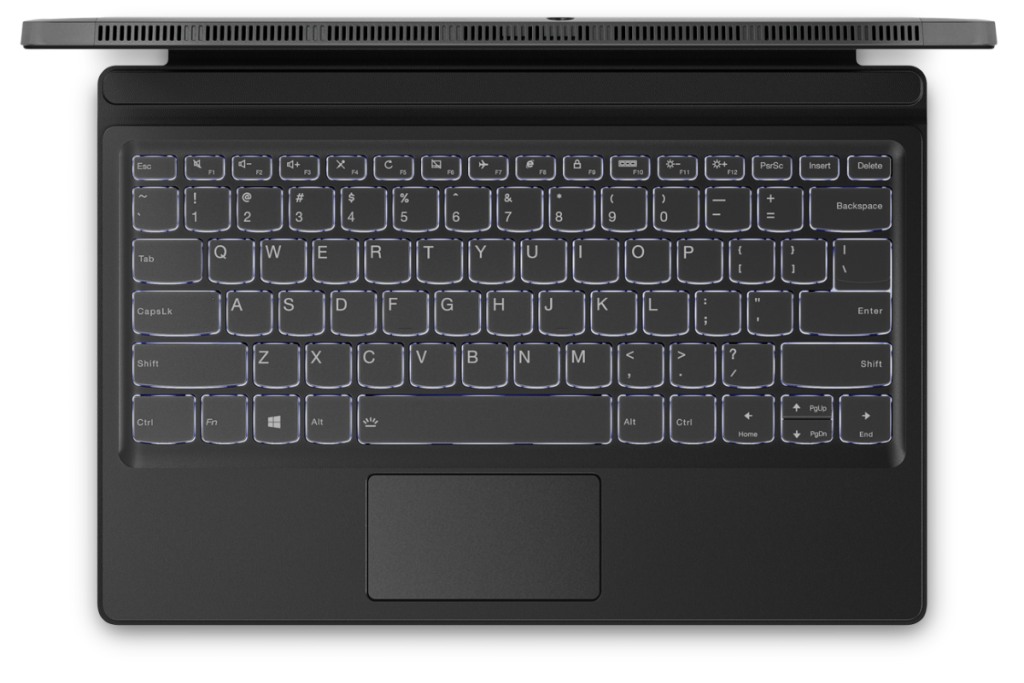 The detachable Miix 520 has been blessed with Intel’s eighth-generation processors as well. This is Lenovo’s latest Surface Pro competitor, and just like Microsoft, Lenovo is happy to offer optional LTE for those who want to pay more.

The Miix 520 starts at $999.99 (keyboard and Lenovo Active Pen 2 included) and ships in October. Europeans can get it in November starting at €899. 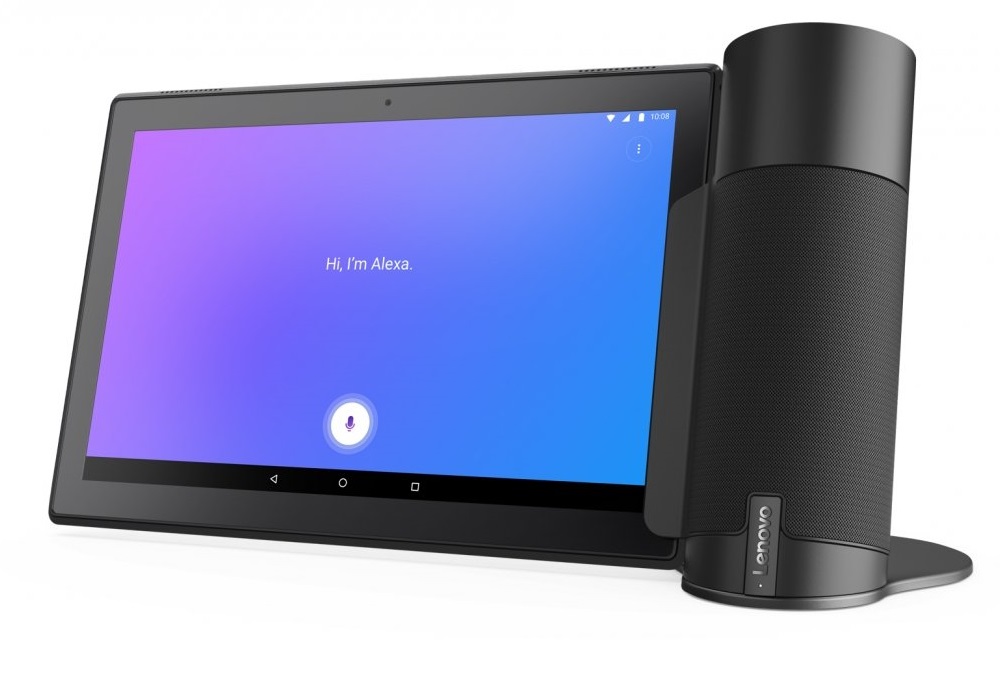 The Home Assistant Pack brings Amazon’s Alexa to Lenovo’s Tab 4 Series tablets. You can use your voice to access the news and weather, check your calendar, shop online, play a song, or control your smart home. The pack, which basically turns your tablet into a smart speaker, consists of a Home Assistant app, a three-watt speaker, and far-field voice detection with two microphones (search and hear your results from up to three meters from any direction, Lenovo promises). All you have to do is insert your Tab 4 into the Home Assistant Pack, and the tablet’s screen will switch to the Home Assistant Interface.

The Home Assistant Pack starts at $79.99 and ships in October.

The Lenovo Explorer headset features inside-out positional tracking, like all Windows Mixed Reality devices, meaning no external sensors are needed. Just connect the built-in Y-cable to your computer USB port and HDMI output. The headset is adjustable with cushioning and fitted with a flip-up visor. It lets you move around in an area of up to 3.5 by 3.5 meters, where you can “hop, lunge, or crouch” without worrying about having to “continually reorient yourself as you move around.” There are four different types of input options: Motion controllers, an Xbox controller, keyboard and mouse, or voice commands through Cortana. 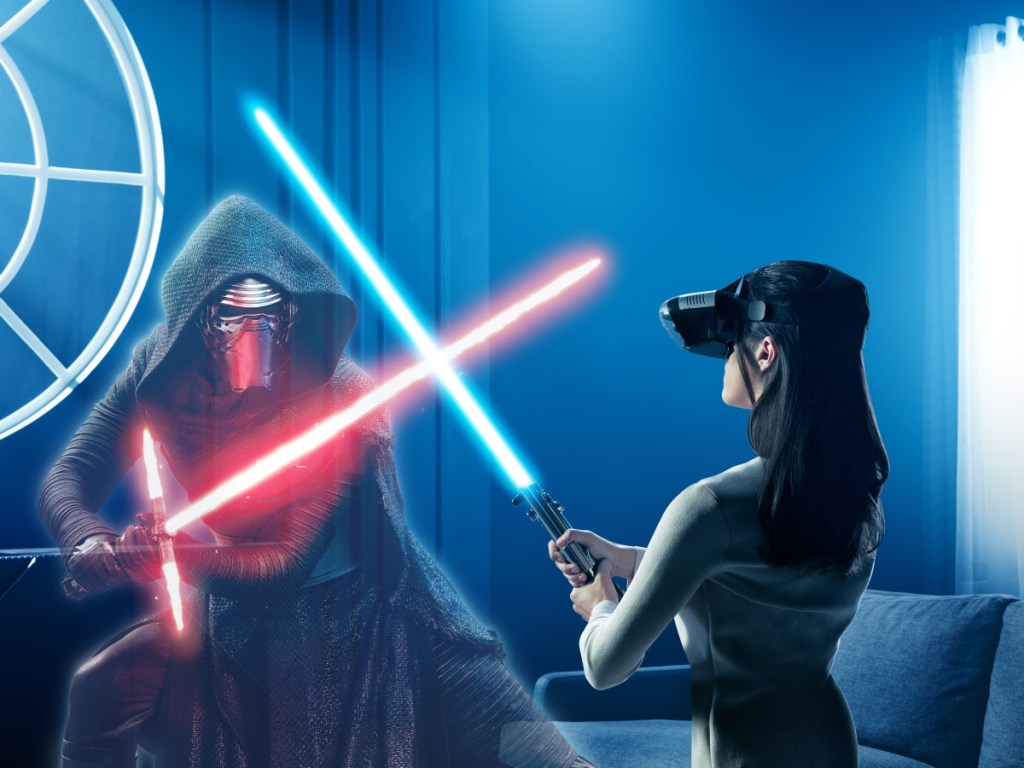 Disney’s Star Wars: Jedi Challenges is a new augmented reality Star Wars experience consisting of a smartphone-powered Lenovo Mirage AR headset, Lightsaber Controller, Tracking Beacon, and hours of Star Wars gameplay. The Star Wars: Jedi Challenges app is available for Android phones and Apple’s iPhone. Lenovo promises the headset will provide “full gaming immersion over uninterrupted stretches of time with an optimal level of comfort.” The included Tracking Beacon consists of cameras to track the user’s location, unlike the aforementioned Lenovo Explorer. The Mirage headset pairs with the Lightsaber Controller, which acts as both a controller and pointer in augmented reality.

Star Wars: Jedi Challenges will be sold for $199.99 only at Best Buy in the U.S. come November.