The battle for survival is on in Disruptor Beam’s newest mobile game, The Walking Dead: March to War. The free-to-play multiplayer strategy game is out today on iOS and Android.

Based on Robert Kirkman’s popular comic book and TV show The Walking Dead, March to War sets its skirmishes in a desolate Washington, D.C. Locations from both, such as Sanctuary and Hilltop, will also make an appearance. Players can team up against each other as they manage resources, recruit characters from The Walking Dead cast, and build and defend their base.

Disruptor Beam has tackled hugely popular intellectual properties before, such as Star Trek and Game of Thrones. Thanks to its successes, the development studio raised $8.5 million earlier this year to continue funding its social-games empire. Now it’s adapting The Walking Dead using the same formula. 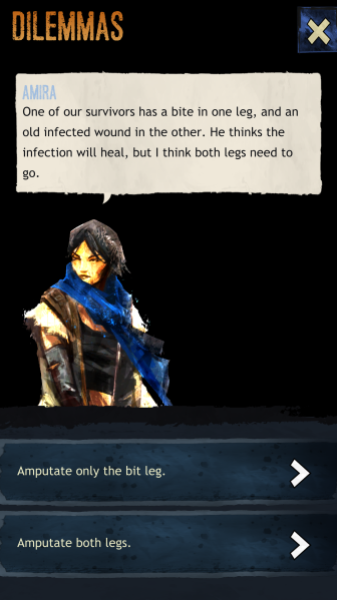 CEO Jon Radoff says that his studio looks for a couple of things when it decides to develop a game from an existing IP. The first is to make sure the fan base and community is large enough to boost the game’s profile. Tapping into tens of millions of existing fans helps cut through the noise in the app stores, which have grown increasingly crowded.

The mobile market grew 32 percent year-over-year in Q2 2017, reaching $12.2 billion, and its revenues have now surpassed game consoles and PC. A lot of developers are fighting for a slice of what’s become one of the largest markets for gaming; according to Pocket Gamer, the Apple App Store saw 2,700 game submissions this month alone.

In addition to looking at the existing fanbase, Disruptor Beam also seeks out IP with rich source material.

“We put a lot of detail into the story, the storytelling, the portrayal of characters, the realism of the environments,” said Radoff in a phone call. “We look for big expansive worlds that are a vast tapestry for hosting game experiences. When you look at Game of Thrones and Star Trek, these are examples of things that are worlds first and foremost, or in the case of Star Trek, a whole universe.”

The last piece of the puzzle, Radoff says, is the IP holders themselves. Disruptor Beam wants to work with companies who are already community-focused and thinking about how a game can help engage fans.

“In the case of HBO [with Game of Thrones] and [Skybound Entertainment with The Walking Dead] and CBS with Star Trek, we found in them companies that not only owned valuable IP, but really had a vision for how they could continue to expand a franchise and keep fans engaged every day out of the year,” says Radoff. “Games have this amazing power, unlike anything else, to bring people into an experience every day, multiple times a day, and keep you in it in a way that no other form of media does.” 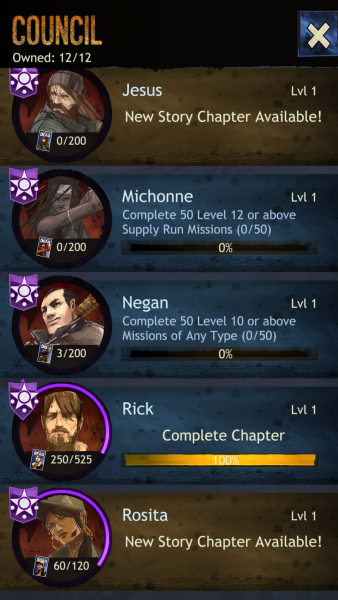 Live operations is a big part of Disruptor Beam’s strategy. Radoff says that it’s made over 200 content updates for Game of Thrones: Ascent since its launch in early 2013. They’ve been mining old Star Trek episodes for Star Trek: Timelines, which will also be getting new content from the upcoming Star Trek Discovery. The approach to The Walking Dead‘s content updates will take a slightly different tack.

“Walking Dead is a different kind of game, because it’s actually more focused on the conflict between the players,” said Radoff. “A lot of content we’re drawing upon is based on this part of the story that’s shared by the TV show and the comic books, around the March to War, which is feudal combat that starts to emerge between the different factions in Walking Dead. There, the live operations are geared more toward providing involving worlds that shift the conflict in one way or another over time.”

March to War will be focusing on the comic book as opposed to the TV show, highlighting the way Kirkman explored ideas like tribalism. Disruptor Beam has had to choose between interpretations of one IP before — Game of Thrones: Ascent, for instance, was based more heavily on the TV show rather than author George R.R. Martin’s books. Radoff says that, no matter what direction they decide to go in, they try to stay authentic to the core of the IP.

“One thing we have learned is that you can’t be all things to all people,” said Radoff. “Even the most successful mobile games have 50 percent day one retention, which is a great number on the positive side, but it means that half the audience didn’t even stick around to the next day. You have to choose who your fan is and then do a great job at delivering an experience for them.”

Radoff says that they engage with the fans on a grass roots level, attending conventions such as Star Trek Las Vegas, Walker Stalker Con, and the Penny Arcade Expo (PAX). According to him, most other mobile game developers don’t have much of a presence at conventions. 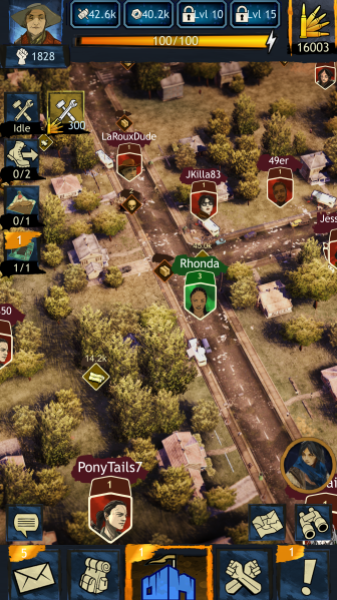 “We’ve been to PAX several times, particularly when we were in development on Star Trek: Timelines,” said Radoff. “One of the most valuable things we were doing was going to PAX and showing the game while it was in development to the general gaming audience, which frequently includes Star Trek fans, and getting feedback from them about what they liked and using that feedback to evolve the game.”

Aside from getting feedback, the convention scene also reinforces one of Radoff’s ideas about why it’s important to make their games social. He says that fans will travel from all over the country to attend these events because they want to share the experience with other folks who love the series as much as they do.

“They’re there with other people who are thinking of this IP as a hobby,” said Radoff. “They’re enjoying that hobby alongside other fans and connecting with other like-minded people who love the same stuff they do. That’s a unique experience that you can’t get out of a consumption experience, or even a single-player game.”