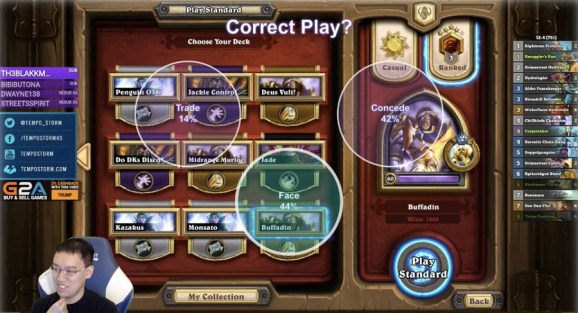 Social video platform Twitch announced that it will enable its broadcasters to customize their channel pages with interactive experiences. That means broadcasters will be able to add things like polls, music, games, and Streamlabs’ loyalty and tipping platform to their livestreams.

The Extensions, which are coming soon (Twitch didn’t say when), can plug into a live video feed on Twitch. The new customization options could enhance growing the relationship between creators of livestreams and their communities. This could lead to better engagement, more dedicated fans, and new ways to monetize them.

Twitch’s partner, Streamlabs, has launched a new Loyalty Points app on the Extensions platform, which rewards fans for coming back to a page. It has over 20 extensions that will be available soon, including Streamlabs’ loyalty, music, polls, and games (See the video below). Muxy (an analytics company that provides information about your stream’s popularity) is providing overlays and leaderboards, and Amazon is providing its Gear on Amazon app.

In the video, Streamlabs showed that it is pretty easy for broadcasters to add extensions to a page. You can set a poll simply through a drag-and-drop menu, and set parameters such as when it will end. You can also take requests to play music. You can give away prizes to your audience, and the Streamlabs app will randomly pick a winner. All of these things could keep people watching your stream longer, and that translates to more advertising money or, if you use the Streamlabs app, gift money in the form of tips from your audience.

“Twitch is a platform where communities create, share, and interact with the content they love,” said Ryan Lubinski, product manager for extensions at Twitch, in a statement. “With Twitch Extensions, we’re taking interactivity to the next level by empowering our developer community to create customized interactive content, directly integrated with the Twitch platform, opening up a whole new world of creator-viewer interaction.”

Third-party developers can begin building extensions for creators today, starting from Twitch’s updated Developer Portal at dev.twitch.tv. Developers will have access to free asset hosting and fanout messaging on the Extensions platform, making getting started easy. Extensions will be showcased in a lightweight Extension Manager accessible to all creators.

“As thousands of developers already know, the opportunity to build a business helping creators earn a living on Twitch is expanding rapidly,” said Kathy Astromoff, vice president of developer success at Twitch, in a statement. “Today, we’re inviting developers to help us innovate on one of the most-watched interfaces on the internet: the Twitch channel page.”

Twitch says it will share more at TwitchCon in October, and it did not say exactly when the extensions are going live.

Examples of extensions that are ready include the Destiny Armory Overlay by Grab Games, where fans can dive into Destiny gear, view details on perks, get class info, and more information incorporated into the stream. The Gear on Amazon app is an Affiliates program that lets fans support their favorite creators. The Amazon support isn’t surprising, as Amazon acquired Twitch for $970 million in 2014.