A few years ago, gamers had a good laugh when they learned that a Chinese chicken meat company bought Digital Extremes, the maker of Triple-A games such as The Darkness 2 and Warframe. Then, when the company bought Splash Damage in 2016, people did a double take again.

Alex Xu, the CEO of Leyou, was the guy behind that. He was the chief business officer at Perfect World, a Chinese role-playing game maker that acquired Cryptic Studios and publishes titles, such as Neverwinter. To do more deals, he left Perfect World and acquired control of a shell company in Hong Kong. It so happened the shell company was a chicken meat supplier, and Xu planned to use it as way to buy more companies. He exited the chicken business, and he is fully focused on publishing triple-A games. Xu will be a speaker at our upcoming GamesBeat 2017 event in San Francisco on October 5 and 6.

Xu’s company, Leyou, sees a big opportunity in publishing free-to-play games on the consoles — like Warframe and Dirty Bomb. The consoles don’t have as many users as mobile devices or the PC, but they do have very committed audiences. And games like World of Tanks have shown that you can run a free-to-play game on the consoles because a larger percentage of players are willing to pay for something. Warframe has been going strong for years now, and it will help Leyou expand into the West. I caught up with Xu at the Devcom event in Cologne, Germany.

Digital Extremes has a Warframe booth at PAX West, the big fan show in Seattle this weekend. That shows that Leyou is willing to spend money to raise its profile among Western gamers. And if Xu gets his way, we’ll be seeing a lot more Leyou games in the West in the future. 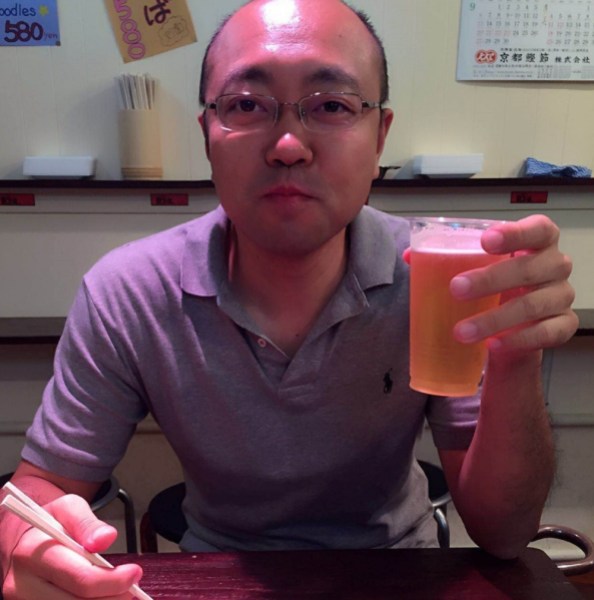 Above: Alex Xu is the CEO of Leyou, owner of Splash Damage and Digital Extremes.

GamesBeat: Tell us how you got started.

Alex Xu: Once upon a time, it was big news when a Hong Kong chicken meat processor acquired a triple-A game studio like Splash Damage. A lot of people were asking questions about that, why a chicken company was buying game studios. That was my start. I didn’t have any chance to explain that.

Back in 2013, when I was at Perfect World as chief business officer, we were trying to do cross-partnership deals. Perfect World was one of the early Chinese game companies that tried to do some Western operations in the U.S. We acquired Cryptic Studios, the makers of Star Trek Online and Neverwinter, and Runic Games, the maker of the Torchlight series. We did a lot of those deals. We had experience in working with Western studios. Perfect World was trying to talk with any Western studio doing online games, multiplayer games, trying to get them join Perfect World’s platform and bring in more online game players.

Then, we come to the point where we were talking about merging together with Digital Extremes.

GamesBeat: But it wasn’t easy to do?

Xu: But in early 2014, Perfect World already had some plans to go private off the Nasdaq. We were trying to find another way, instead of using internal funding, to do the acquisition. I was forced to find some other ways to do the acquisition and still keep the possibility of Perfect World doing a buyback in the future. That wasn’t easy. Whenever a studio gets sold to someone else, in most cases, it’s hard to buy that back. You have to pay multiple times the valuation in the future.

A Hong Kong-listed company could serve that purpose. If you don’t do any promotion in the market and attract eyeballs from investors, you can make it very quiet. I was able to find a shell company. Previously, they were in the chicken industry, supporting KFC or something, but they were almost out of business. They were still listed, but that was all. We leveraged that company to acquire Digital Extremes step by step, by issuing bonds or new shares, whatever. It’s very complicated. That took almost a year. We signed the deal in 2014 and partially finished it by 2015. It was 100 percent finished in 2016.

During those two years, Perfect World was doing the privatization and relisting A shares on the Chinese domestic financial market. We were also talking to Splash Damage. We kept finding more good targets to acquire but still by using the Hong Kong-listed company. Back then, the company had a different name, but after the acquisition of Digital Extremes, we changed the name to Leyou. It’s an independent Hong Kong-listed company. We’ve been able to get rid of everything related to chicken. It’s just a game company now, holding Digital Extremes and Splash Damage.

Last year, when Perfect World was trying to acquire the whole listed company back, there were some difficulties. It didn’t happen. Now, there’s a new owner of the Leyou group. They did a general offer to take over the whole shell company from the previous shell owner. It’s now owned as an independent company, and they hired me as a CEO because I’m the guy who made the deals happen. I’d already left Perfect World to work for Qihoo 360. They hired me away from Qihoo 360 to join Leyou as CEO. 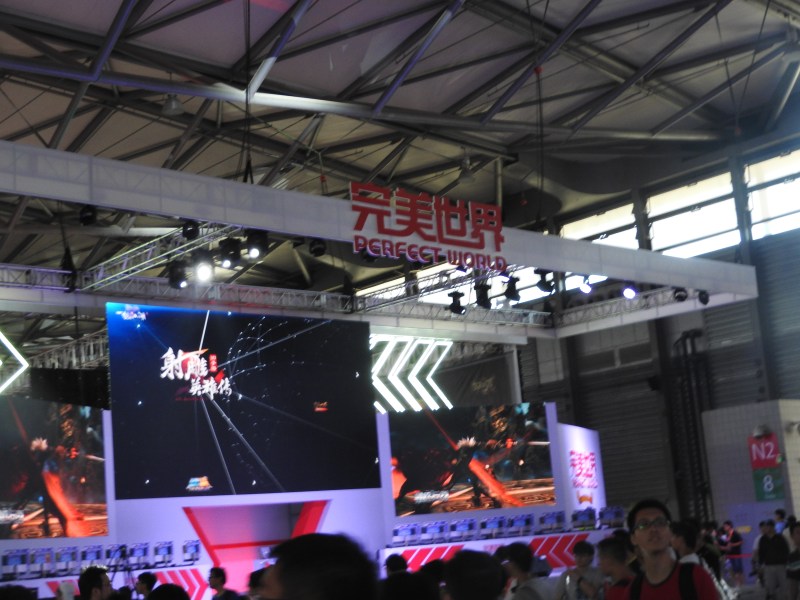 That’s the whole story over three years. We’re an independent company holding two triple-A game studios in the West. The strategy is very clear. From the beginning, it was about trying to help Western triple-A studios do online multiplayer games for the worldwide market — not only for the Chinese market but built from scratch for the worldwide market, especially targeting PC and console. We see the biggest opportunity on console.

In PC and mobile, 60 [to] 70 percent of the revenue, the majority of revenue, comes from item trading, free-to-play, continuous live operations, the game-as-a-service model, as opposed to the premium model, paying per download. But on console, still, almost 100 percent of the revenue comes from premium. A bigger and bigger percentage is coming from online, but it’s still premium. You pay before you play. But, we’ve seen more and more games on console, even premium games, building a longer life cycle by putting more efforts into live services after sales. Premium games on console are selling more content, more items, and greatly lengthening their lifespans. People are becoming more engaged with one game because they love it, and they want to keep playing together in multiplayer modes for a longer time. That’s changing the premium world as well.

Still, most developers in the West, especially triple-A developers, are scared of doing a game that starts from scratch as free-to-play. There are different reasons. They’re investing huge development costs in games, hundreds of people working for many years. They’re doing very high-quality games. It seems reasonable to charge up front. It’s an easy way to generate money. They still don’t know how to design a game, too, for a long life cycle, how to make players happy in that context. People hate the pay-to-win model, and that’s mostly come from Western developers or a few Asian developers who don’t know how to design a game in the right way for a Western audience.