Few projects are as ambitious as Royal Blood, a massively multiplayer online fantasy role-playing game for smartphones and tablets. Gamevil plans to release the title later this year, and it’s already clear that it represents a big bet on an original intellectual property in the $46 billion mobile games market.

Massively multiplayer online games caught on in Asia in a big way — and nowhere more so than South Korea. And it’s no surprise that MMOs on mobile devices are also taking off in that country. Seoul-based Gamevil is an underdog in the market, as it must compete with rivals, such as Netmarble, which has scored a huge hit with Lineage 2: Revolution, a mobile MMO that generated $176 million in its first month in South Korea alone, and it has since gone on to top the charts in many Asian countries.

Kyu Lee, president of Gamevil USA, gave a talk about making Royal Blood at the recent Devcom event in Cologne, Germany. He said the team, dubbed Lean Studio, has been working on Royal Blood for two-and-a-half years. It has more than 100 people working on it, and so, I guess you could say it’s not a lean studio anymore. 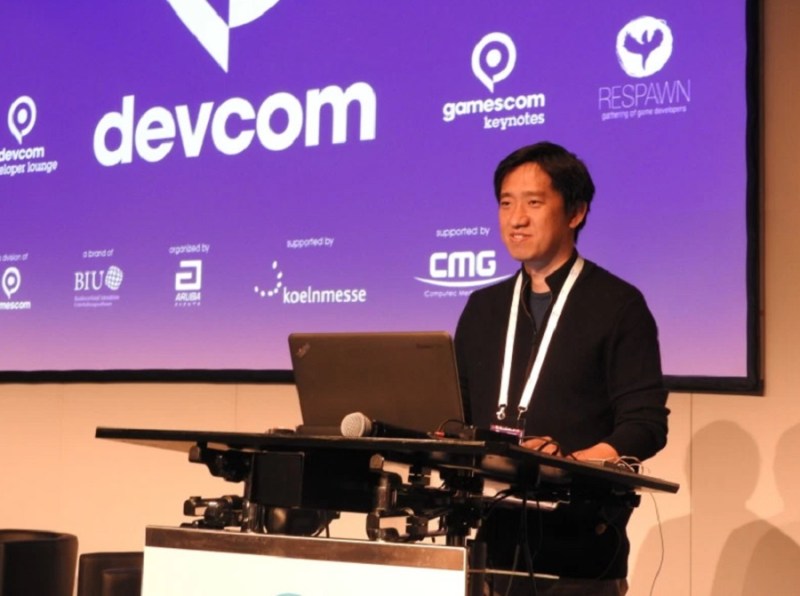 Above: Kyu Lee, president of Gamevil USA, speaking at Devcom.

Lee said that the company decided to invest heavily because it saw a pattern in the South Korean game market. One action RPG after another was coming out. Each represented a sizable investment. But the game would last for so long before another action RPG knocked it out. It was a continuous process.

“We felt this was the time to make a big bet on MMORPGs,” Lee said. “We weren’t the first to think of this. Lineage games have taken the top positions in the market. Those companies have been developing those titles for a while. You may see another four or five games coming this year. Ours will be one of them.”

With Royal Blood, Lee said the team tried to make a “true MMO.” The game has four main characters, including a mage and a bard, that you can play at the outset. You can modify your fighting stance, enabling different types of play styles. You can play it alone or in a group. Gamevil wanted the Unity-based title to feel full of people and play as if it were a living world. You’ll be able to band with lots of players to make the game into a more social experience. 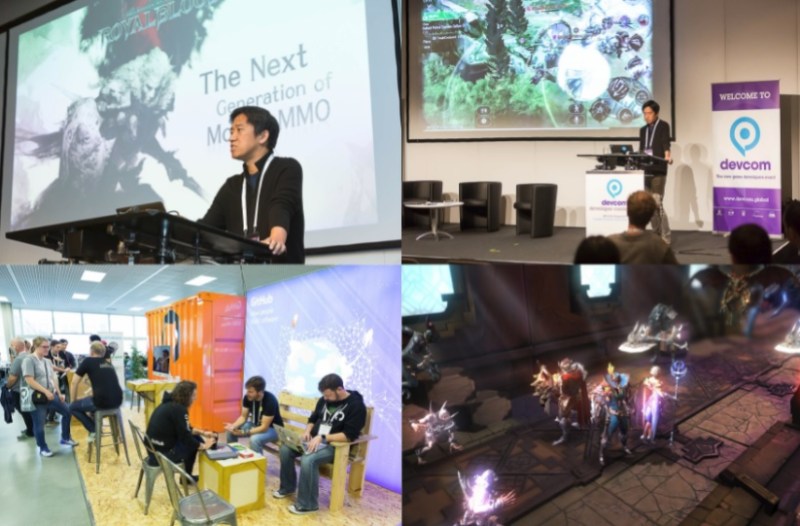 The title has a lot of quests, where players can join together on a mission. They can be short or long. On the bigger realm-versus-realm battles, players can battle each other in separate areas. They can conquer territories in huge battles. Successful players will win Lord points, and that will help them earn rare items. As many as 100 players can fight each other in the realm-vs-realm battles, and that could help the game stand out from the Lineage games, Lee said. More than half the staff are artists. It’s a big bet for Gamevil, which has only 450 employees.

Gamevil tried to take some of the best networking technologies from the PC. But it’s not a PC game, Lee said. File sizes have to be a lot smaller. The graphics had to scale up or down depending on a person’s particular smartphone. The game will run on the iPhone 6 and up and on the Samsung Galaxy S4 and up. The team chose Unity because the developers were more familiar with it, but they had to create a lot of custom work on their own, Lee said. 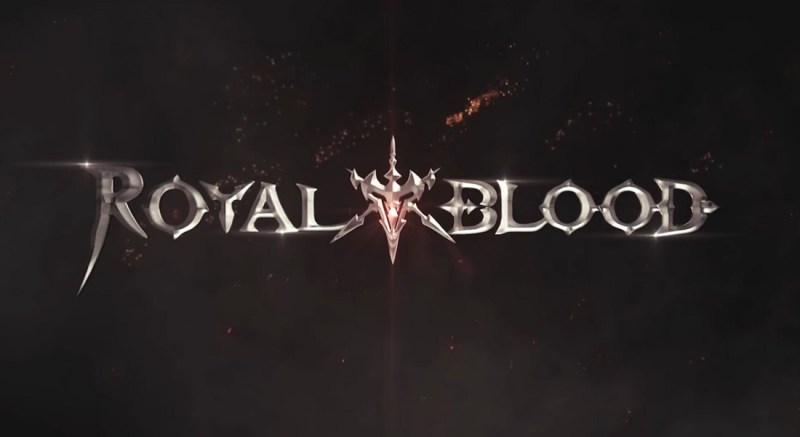 Above: Royal Blood has a team of more than 100 people working on it.

Looking at Gamevil, it’s easy to see how mobile games have come a long way. Gamevil started in 2000, making games for Nokia cell phones. It eventually adapted to the smartphone business, and it made a bid to invest in U.S. game companies to expand its worldwide reach. It merged with rival mobile-game maker Com2us in 2013.

MMOs grew up on the PC, but the power of mobile phones has intensified. And it’s now not surprising to see games with high-end graphics running on mobile. Lee believes MMOs have reached a tipping point on mobile devices, where they may soon become the preferred platform for these types of games.

“A lot of Western audiences haven’t been exposed to these categories,” he said. “MMOs have become one of the highest forms of gaming and game development. Users have high expectations on graphics quality. It won’t be long before these games come to the West.”

I asked Lee how Royal Blood could overcome the popularity of rivals like Lineage 2: Revolution, which is monetizing exceptionally well.

“When we started this game, we thought we would be the first in the market,” he said. “In Korea, I think it will be hard to beat them. Lineage has been the top game in Korea [on the PC] for such a long time. But they haven’t brought 100 percent of the game over. We are trying to differentiate with realm-versus-realm. And we are trying to figure out how to bring it out to the West more quickly. It will be a really hard competition. But I don’t think only one or two MMORPGs will rule in mobile.”