Canada has hit its stride in video games, with more than 20,400 direct and an additional 16,000 indirect jobs in the game industry. It has 472 companies, including hundreds of independent game studios. And as the U.S. cracks down on its immigration policies, our neighbor to the north is taking the opposite strategy, opening up its borders and using immigrants to fill vacant game job openings.

I moderated a panel about making games in Canada at the Devcom event in Cologne, Germany, just before the Gamescom fan event. Canada took dozens of its game studios to the event and helped them display their games to the Gamescom crowd, which numbered in the hundreds of thousands. But deciding to invest government money in game startups isn’t an easy decision. It means that the government gets involved in picking winners and losers, and it has to deal with the consequences of that. 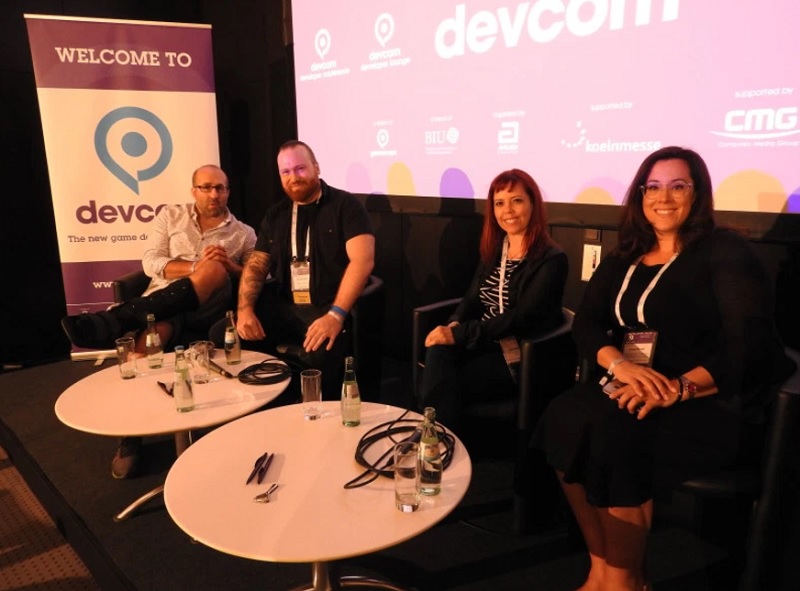 Above: Canada panel at Devcom:

Della Rocca: We make games in Canada the same way everyone else makes games. It’s not like we fuel our game engines with maple syrup. What’s interesting is that Canada, despite having a relatively small population, has a very robust, very large game development industry. We’re at about, what’s the headcount, 36,000? The population of Canada is about 35 million people and we have 36,000 workers in the industry, which is roughly on par with California, the number one game development center in the world.

We’re fourth in the world from a production point of view. There’s an interesting mix of startups and indie studios, as well as very large foreign-owned studios, big development campuses run by companies like Ubisoft and Electronic Arts. It’s a very dynamic, very diverse industry. It runs the gamut across all types of games, platforms, and genres. There’s a lot of stuff to get into.

Bordelau: From a developer perspective—talking about the indie scene, we’ve been booming in the last few years. When I started my first indie studio in 2002, I was pretty much alone in Montreal. We had maybe two or three indie studios. Now we have more than 100 in Quebec alone. It’s exciting to see. It’s dynamic, always changing. A lot of people from the triple-A industry, from Ubisoft or Warner, are starting their own studios, because they want to do their own thing and enjoy the flexibility of ownership. I’ve seen that growing over the last few years.

Gibson: From what I hear, traveling around in my work with the industry, one thing that’s unique in Canada is there’s a very strong, active level of support, a strong history of support for the industry, both on a regional and a national basis. Each region has its own tax credit regimes, and there are national funding programs available to local developers, in addition to a number of different regional programs. That’s been a boon to the industry in Canada. It’s really helped with local developers, who now have access to capital to create products. That’s helped grow the industry in the last couple of years.

Woods: We have a prime minister who shows up at studios and actually takes part in learning to use the equipment. His main ministers come into the studios to learn how it all works. They don’t have that natural inhibition that we sometimes see in politicians. It’s important, when we look ahead at a global, digital economy—the games industry is very much a part of that. You need this kind of leadership, and we have it. They’re coming out in a big way. We can ask for almost anything and get a version of it right away, and we work toward getting more.

We’ve come from tax credits being the signature part of why Canada is such a great place to make games. We also have incredible talent. But if we’re going to grow and keep growing, we need to have leadership that takes us to the next level, and we’re absolutely seeing that now. 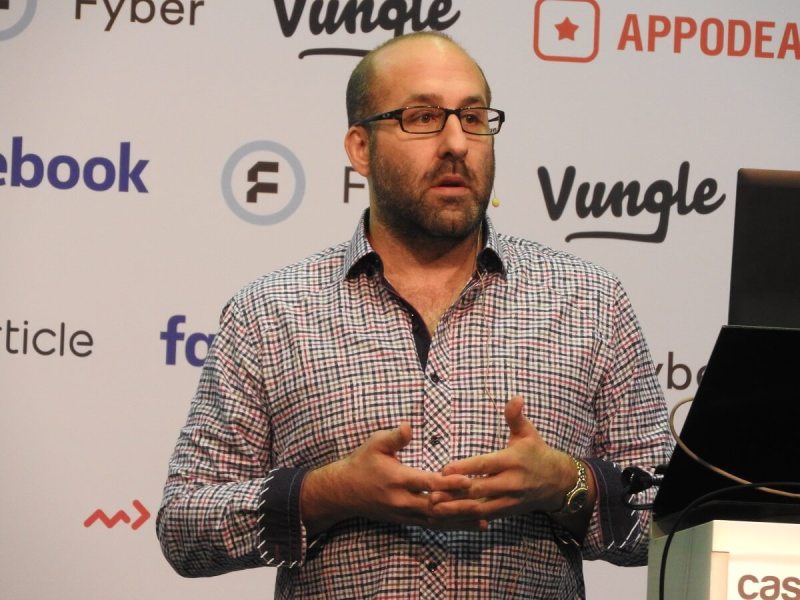 Above: Jason Della Rocca is cofounder of Execution Labs in Montreal.

GamesBeat: If we look back on some history, how did Canada get its literacy in games? How much do you think government assistance matters? I’ve traveled around the world, and in California it seems like they do almost anything they can to drive businesses out. But people stick around. Between Silicon Valley and Hollywood, you have a lot of natural creation of game companies that takes place. The government generally doesn’t do anything to help that process.

Woods: The financial infrastructure and supports in Canada are diverse. Not every part of it can be or is used by everyone. Multinationals versus independents, there are different controls—it’s a complex discussion.

But really, I remember when I first started in the industry. I’m a lawyer, so I wanted to know the facts about everything. The story that was told to me began with some bubbling around about three decades ago. [Former EA executive ] Don Mattrick was credited as one of the people who really kicked it off in Canada. He sold his studio to EA, and that was the big shift we needed to get into the games business.

Our industry grows in two ways, kind of. You have a big company and people get the training as they go, on the job. They realize this is fun, just like everywhere else, and they go and spin out their own studios. We’ve seen that. We have 20-some large multinational publishers now, but we have more than 450 small independents. Part of the story is starting big and then growing, but what we’re also seeing is people going into big studios, and then spinning out more innovative companies. They’re not just spinning out entertainment companies. We have a company called Finger Food in B.C. doing model designs for Mack trucks using VR technology, and they came from games. Stuart Butterfield, the founder of Flickr and Slack, was in the games business before he was able to launch those two big companies.

That’s the trend we’re starting to see more of, because we’ve built up the provincial supports over time. The provinces have come on board. Even as recently as three years ago we had another province come on board with tax credits. That’s a cyclical trend we have to take of. But federally, when you’re growing like we have over the course of time—it’s been slow growth for some time, but now we’re seeing demand appear and we’re trying to feed the pipelines. We’re looking at skills. How do we get every person in Canada who wants to do games an opportunity to learn that?