Della Rocca: It’s a good point about Don. I’m in Vancouver, where a lot of the industry started about three decades ago. There was also some activity in Quebec in the ‘80s – not anything memorable, but there were people making games. Something that’s important to understand is that particularly in Montreal, there was a long history of aerospace, visual simulation, and VFX work being done. Softimage and some of the earliest tools ever used in Hollywood special effects and CGI were developed in and around Montreal. There was talent. There was technical and artistic talent, plus a lot of universities. It was rich soil to plant an industry. The other big catalyst was Ubisoft coming to Montreal in 1996 and 1997 or so. That’s where the tax breaks started to snowball.

Often, when we travel the world, the story about here is, “Oh, the government put tax breaks in and then boom, here came this amazing industry.” Some of the consulting work I do is with governments around the world, who call me up and ask me, “Hey, tell me how to do these tax breaks so we can get a game industry in our country.” And I say, “Hold on a second. That comes later. The groundwork needs to come first.” There’s a bit more nuance and a longer history before the tax breaks come into play. 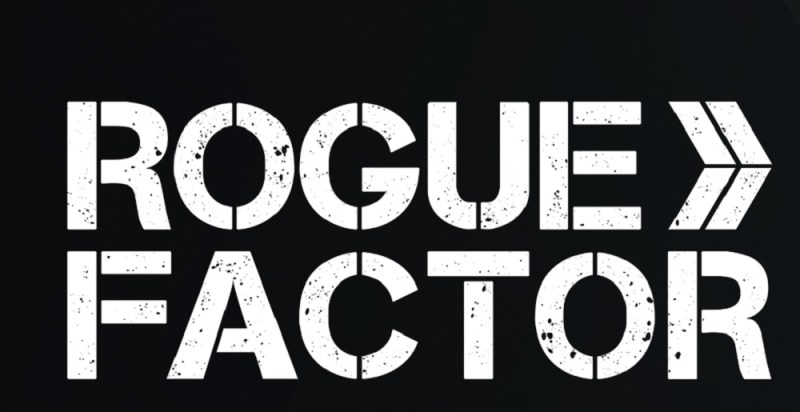 Bordelau: On the indie side, it was in 2001 or 2002 when what we now call Canada Media Fund got started, the experimental fund. The early 2000s. This gave indies tremendous help. When you’re just out of Ubisoft, for instance, and you start your own studio, you don’t have any credibility with publishers. But with the CMF back in the day, they helped some of the first indie studios ship their first titles. That was key to building what are now well-established studios in Montreal. It’s been interesting to see how that push forward began the progression.

GamesBeat: How is Canada at pulling jobs in from certain directions? I know with Ubisoft in France and Ubisoft Montreal, there’s a strong relationship there. Lots of jobs built up within that one company across the two countries. Where else do you see that happen? There’s obviously the U.S.

Woods: We have a pretty aggressive talent attraction strategy now. This is part of how the leaders in the country have decided that we want to open our doors – “This is the kind of talent we want to have.” A new immigration program that launched earlier this year and the first applicants have been coming in. It’s a lot easier, which is great. We’re growing, and we don’t have enough people in Canada to meet demand.

There have been programs like inter-company transfers. For example, if you’re at Ubisoft in France, you can come to Canada after a certain amount of time and work in the Ubisoft office there. That doesn’t take very long. The harder part is getting talent to come in to Canada and knowledge-share with Canadians on the teams, global talent. We’re constantly competing to get the best and the brightest people from around the world.

We do attract some people from the U.S., but it’s not mostly Americans that we attract. It’s mostly Europeans, but we’re not picky. If you’re awesome, you can come here. That’s pretty much how it goes.

GamesBeat: One number I’ve found is that the cost per employee in Canada is about 25 percent of what it is in the United States, if you factor in tax breaks and the exchange rate. What is the cost trend like for you here?

Della Rocca: Obviously we’re closely linked to the exchange rate between the Canadian and U.S. dollar. That has an effect on the economics of things. There’s the effect of tax breaks – in the province of Quebec it’s 37.5 percent, so if you’re paying an engineer $100,000 Canadian, at the end of the year you get $37,500 back from the government.

Something we’re starting to see, as has been said here–there is competition for talent, particularly experienced talent. There is, to some extent, an inflation of salaries happening, which is a natural supply-demand effect that happens everywhere in the world. A lower Canadian dollar and tax breaks does help alleviate some of that pressure, but particularly in hubs like Vancouver and Montreal there’s a high degree of competition for senior talent. Overall, the cost of doing business in a given city, though—I don’t have specific indexes in my head, but overall Canada is a relatively inexpensive place to do business in general.

Woods: Not considering the companies costs, but just considering the cost of living for people coming in, because this is really important as well—living in Canada is relatively affordable, with the exception of Vancouver. Everywhere else is pretty affordable. There’s good health care, free schooling. The cost of living and the quality of life is very enticing for people coming from elsewhere. 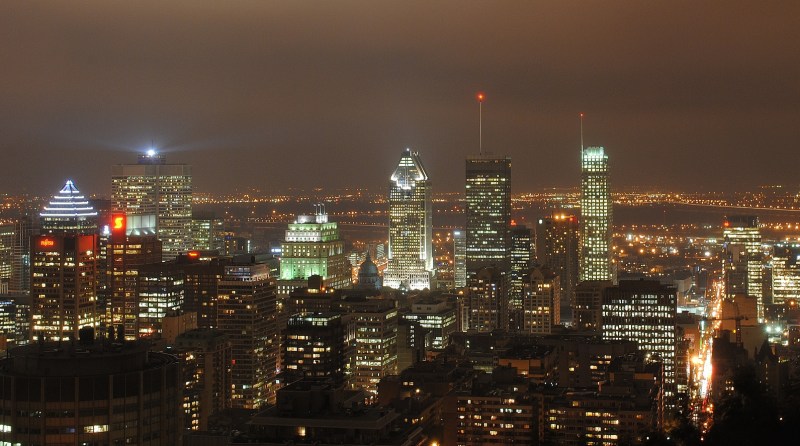 GamesBeat: I looked at a survey that a recruiting site, Indeed.com, did earlier this year. They organized all the jobs posted for the games industry by location. One interesting feature was that the U.S. had seen a 65 percent drop for game job postings since 2014. The countries with the highest number of open jobs were South Korea, Spain, and Canada. I believe Canada was number two. Clearly it seems like there are cycles happening here. The U.S. isn’t necessarily guaranteed to dominate this industry. Mobile games, in particular, seem like they can be made anywhere in the world. It’s not an industry that’s planted in one place, like Hollywood.

Woods: We put out a report last year for the government, talking about 182,000 job vacancies in the NCT sector. That’s a lot of jobs. These are for skilled people. Games, as entertainment, would fall squarely in that. But if we go back to something I said earlier, our industries, across sectors, are looking for games people. We’re competing with aerospace, with health, with shipping, with everybody else to get these people. When we count jobs—our government has said that we’re all-in on the digital economy. We have a massive need and we’re not able to fill demand.

That adds some nuance to the way we look at games in Canada, but I think it will spur a higher level of demand. Every industry is thinking, “We need better UX and UI. We need to better engage our consumers digitally. We need to use AI and robotics. We need more simulators for advanced aerospace. The games guys know what that’s all about.” Canada is a hub for all of these things, so it’s quite interesting to see that trend grow.

Bordelau: Another influence is from the VFX industry. Talking about Montreal, companies like Framestore have been hiring like crazy. They’ve been starting a big storm, so to speak, in terms of HR needs. When they came in, as far as looking for specific talent, everyone from the artistic side to the technical side—games and VFX are very close. We share the same pool of people. That’s created a lot more opportunities for people, and it increases the need for us to hire from abroad, especially senior people. Montreal alone hasn’t been able sustain all those companies coming in over the last five years. It’s just crazy. In the long run it’ll be good, but in the short run we need help.

Della Rocca: From a structural point of view—I’m not surprised by that statistic. There’s a kind of self-perpetuating momentum that happens, both in companies as well as on an individual basis. One company shows up and starts to do well. Another company says, “Things are doing well there, so I’ll go there too.” Then the next company comes in. Suddenly the individual says, “Sure, I’ll go there, I can work for three different companies.” The more talent there is, the more companies come in, and then the talent has it even better, because they have more options and competition for their services. There’s this flywheel effect. Once it launches it just keeps going.

Gibson: It’s a chicken and an egg, and the egg and the chicken just keep getting bigger.

Della Rocca: Right. In Canada we have that effect, especially with three main hubs in Montreal, Toronto, and Vancouver. It perpetuates itself on both a company basis as well as the thinking of the individual worker going to a particular city. 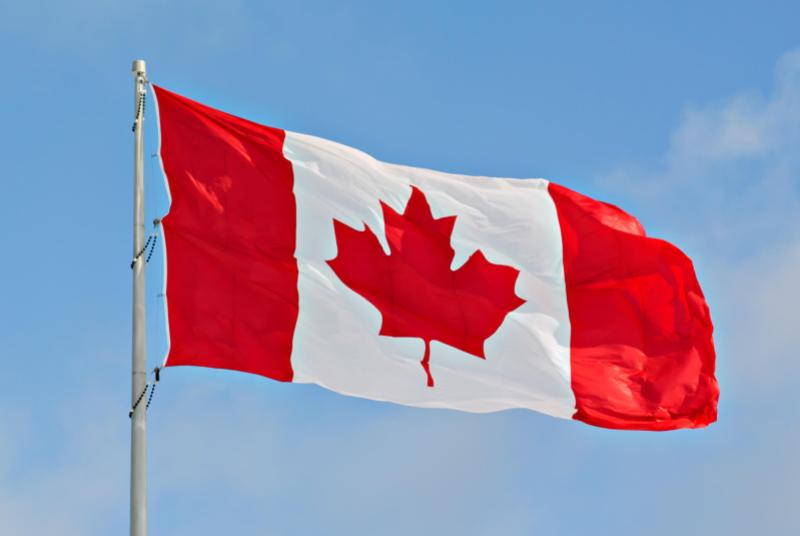 GamesBeat: If you’re in the government here, or running an incubator, how concerned are you with booms and busts within the different segments? The Indeed.com report noted that the U.S. is particularly strong when it comes to creating VR jobs. Those jobs concentrated in Seattle, San Francisco, and Los Angeles. Now we’re headed into some kind of VR bust. It’s taking longer to take off than many people expected, and a lot of startups that got funded early probably are going to run out of money. It’s a natural flow in the industry, but it’s not great for the U.S. right now. How much does the government need to be concerned about that cycle of booms and busts, and these categories of what’s hot, like esports and VR?

Della Rocca: I think it’s not the government’s job to pick winners. They build generic systems and programs that don’t necessarily determine who’s going to succeed in the end. What’s interesting about Canada is that it’s a very diverse ecosystem. It’s not like everyone’s doing VR or everyone’s doing Xbox. It runs the whole spectrum. If the VR folks in this part of the country do poorly, well, the mobile folks are still doing well. If the mobile folks aren’t doing well, the console guys still are.

On the whole, in the global industry, things are going up, even if particular segments or particular platforms may be struggling at any given time. Because of the critical mass, if some studios in VR hit a wall or run out of funding, chances are they’ll get jobs or an opportunity to start up other companies doing other things that have the potential to do better.

Gibson: As someone who works for the government, it’s right to say that the government sets up structures, puts those structures in place. We are ultimately responsible for the decisions that are made around our fund. But we use experts to help us make our decisions. We have an industry jury that comes in and helps us.

VR is an interesting case. I feel somewhat vindicated to hear that a bust is coming, because I’ve been saying that since the very beginning. We proceed with caution. The mandate of the agency I work for is unlike other agency’s mandates, where they may have a cultural mandate or an innovation mandate. Our mandate is economic. Our goal is to grow companies. For that reason, we take a very balanced approach when we’re making funding decisions.

We do love to see that we have a couple of really good VR projects. We have good console and PC stuff. We have mobile stuff. That helps mitigate some risk. But we’ve seen these trends come and go over time. The whole Ontario industry — I’m in a privileged position, because I get to watch this – ran headfirst into mobile free-to-play. Guess how many people are in that business now? Very few. Now they’ve all moved into console and PC. I don’t know where they’ll end up next. So we do see things like that happen. We’re aware of them. We monitor and advise as we need to.