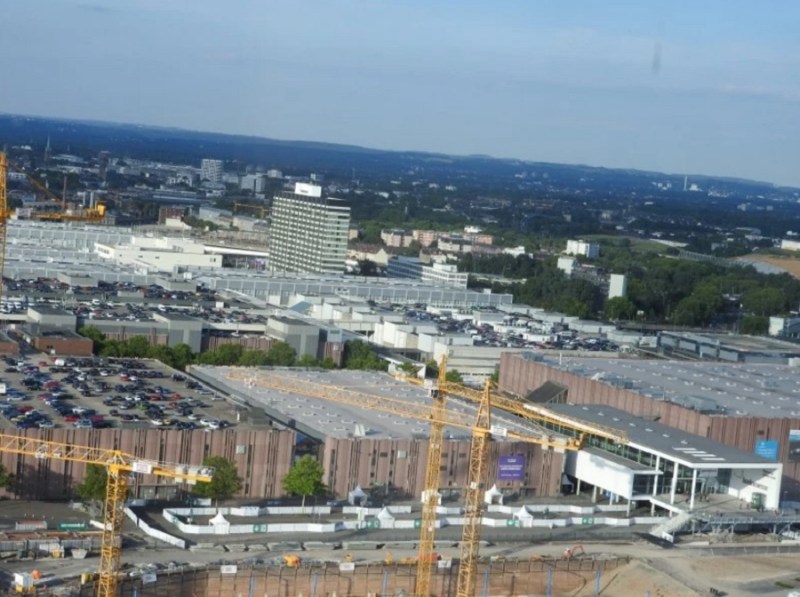 Above: Canada brought 21 game startups to Gamescom 2017 in Germany.

Della Rocca: But also, that’s not a specifically Canadian phenomenon.

Della Rocca: From a Canadian perspective, I think the interesting thing is the robustness of the ecosystem, such that if a bunch of companies do fall off a cliff in free-to-play or whatever, there are other things for them to do.

Gibson: Exactly. Having the support from government is helpful, because—we don’t give money away with no obligations. It’s matched money. We’re basically sharing in the risk, but in doing that, we hope to offset some of the risk for companies so they can make inroads in things like VR or explore new business opportunities in mobile. We’re there to help them with that risk, and we take smart risks.

Woods: I would say, though, that government does pick winners. Whether we want that to be the case or not–particularly in the case of the national government—provinces are one thing. The provinces also pick winners. If you look around more broadly, in an area like Vancouver we’re all in on tech. They want to attract those big anchor companies. They want to say, “We’re going to move mountains to have Microsoft’s head office here.” They have EA there. As a province they’re all in on tech and they’re picking their winners.

We don’t have a robust investment plan like what exists in Silicon Valley. Silicon Valley feels like a global anomaly. But our government is aggressively exploring how to do this now. They see a huge opportunity, and we’ve decided as a country to be all in on tech. We want to see it grow. In fact, they were so all in that they committed, essentially, a billion dollars—they created a fund last March, the Supercluster fund, and in short, five industries are their chosen winners. They want to see platforms evolve. They want to see industries like AI succeed. Canada has made a statement out loud saying, “We want to be the best in the world at AI. We want to be the best at AR and VR. Whatever these platform technologies are, we want them here.”

The long story short is, the government definitely picks its pet industries and goes all in on them. Right now, games is in there. The value of games and the industry’s multi-sectorial value is understood. They’ve set up literally billions of dollars in the last budget from March for everything we’re asking for. I think they are picking us as a winner, and that works to our advantage. 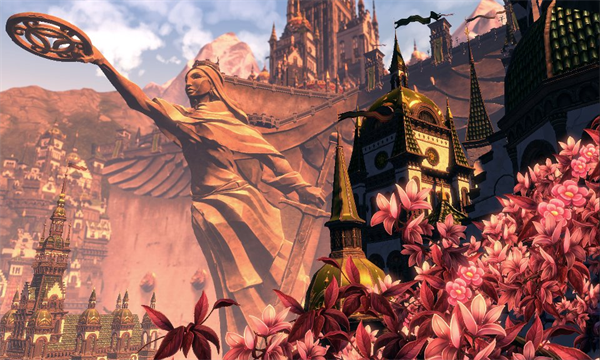 GamesBeat: There are challenges in picking winners, in that you necessarily pick losers as well. The U.S. is a great example, again. Curt Schilling’s MMO company, 38 Studios, attracted millions of dollars in subsidies from the state of Rhode Island, a very small state, and of course they lost a lot of money. That suggests there can be a down side. How do you avoid that kind of problem?

Woods: You have to take risks to grow. We’re evolving into what’s being called the fourth industrial revolution. That’s very much marked by advanced technologies, their role in traditional sectors, and the creation of new sectors and new types of jobs. If you look at tech talk globally, we’re in a risky moment in time, because we’re doing so many new things. We’re using some things we’ve known about for a long time – AI isn’t necessarily new – but it’s new to a lot of people. We were early adopters and now it’s pushing to center stage.

We’re the ones that have to experiment, which is a risky business, but if governments don’t take risks, they run the risk of becoming obsolete. Countries like Canada and the U.S. can’t afford that.

Della Rocca: I was actually on the due diligence team for the 38 Studios deal. I tried to advise them not to do that deal, and they ignored that due diligence. That was a super interesting process that, unfortunately, I’m mostly not allowed to talk about.

Their problem was they wanted a quick solution to all of a sudden have a game industry in their state, because having a robust game industry with highly paid knowledge workers seems like a good thing to have in your region. They wanted to solve that by bringing in a superstar startup and all this other stuff. A big part of our advice was that that would not solve their problem and would not build a sustainable business. We had a whole bunch of other recommendations in terms of supporting startups and funding new IP and implementing incubators, and the reaction was, “No, that’s real work. We don’t have time for that. We’re just going to bring in Curt Schilling.”

Tanya, I think when you talked about winners, you meant the whole industry, rather than project to project or company to company. Canada, at a federal level, has listed games as a priority sector. In fact, I served on the advisory board of the office for foreign affairs and international trade as the game industry representative. At the province level there’s also a high degree of priority for the sector.

What I meant more so is, on an individual basis, the programs that are set up, the tax break schemes, the funding schemes, they’re not trying to find the next Curt Schilling to spend $75 million on a one-shot deal. It’s more of a robust systems that takes some risks, takes some bets, tries to be smart about it and spread the money across X number of deals. 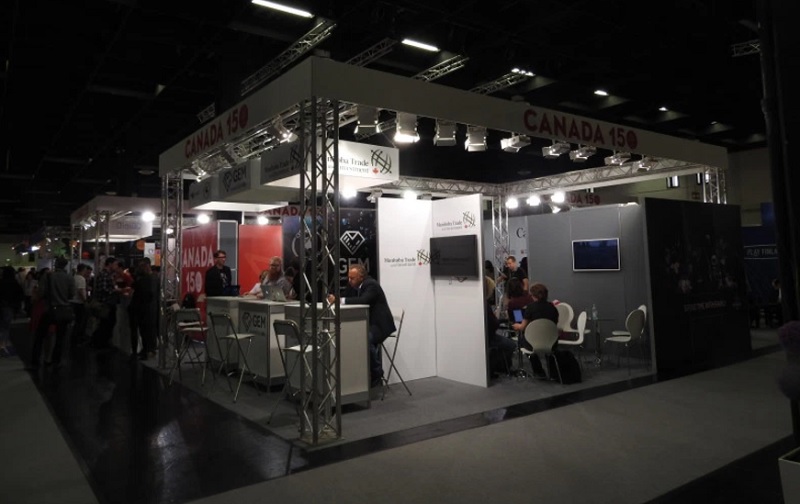 GamesBeat: Talking about the up side, Supercell received a few million euros from the Finnish government, and now pays back in taxes about 300 million euros a year. It’ll be interesting to see how long Finland’s boom lasts. What seems to be a hallmark for which regions stay strong in the game industry is whether you can sustain a multi-generational franchise in your country. Kyoto, Japan will always be a center of the game industry because Nintendo is there. If you look at where Grand Theft Auto was created in Scotland, that region is very strong.

Woods: Likewise EA, with FIFA. We produce some of their best games in Canada. Ubisoft as well, with Assassin’s Creed and a number of other franchises. We could probably go across the country and find—if it isn’t the big sequels, it’s still the studios that consistently put out hits. You look at a studio like Other Ocean, Andrew Ayre, he’s been doing games pretty much since the beginning, and he’s committed to keeping his business in Canada.

It’s technology. As Jason and Kim were saying, you have to have a base. You have to put a good foundation down. That means you need the government as a business partner, to champion you and to understand what you’re doing. You need that not in one department, but across every department. You need educators who want to teach STEAM skills. As an industry association—I go to government, to politicians, and ask them, “Do you understand games? Do you know what you’re doing? Do you see how you can help us and know why you should?” These are high-paying jobs, jobs that are very versatile across sectors.

That’s a lot of groundwork, but that’s the role we play. It’s being present when they say, “We want to see this now. We want to try this now.”

GamesBeat: Decision-making is always important. With Canada you have decision-making in Paris relative to Ubisoft games made in Canada. EA’s decisions are often made in Redwood City, California. There’s always another stepping stone for a country to get to. I feel like Canada still has some stepping stones to reach in the evolution of its game industry. It’s moving up the chain very dramatically, but it’s not at the top yet.

Bordelau: We’re still a young industry, when you look at it from a broad perspective. You’re right about Ubisoft, for instance. In Montreal we are making some of the company’s best IP, like Assassin’s Creed, but every major decision goes up to editorial in Paris. We still need some time to grow ourselves as studios. It’s the same with EA. They’re investing a lot in Motive right now. They even merged BioWare Montreal with EA Motive to make it bigger and sustain bigger productions. It’s just a matter of time where we have the full freedom, but we’re still taking steps.

Della Rocca: I don’t think those studios will ever have complete freedom, though. They’ll always be part of multinationals with the head office somewhere else. They create amazing IP. Their talent is wonderful. They generate huge award-winning franchises. But this speaks to—one of the challenges in Canada is this balance between the multinationals versus the independents, the locally-owned studios.

Historically, a lot of the support from the government has been steered more toward – at least in Quebec – bringing in multinational companies as a basis to create high-paying jobs. Now, as has been mentioned a few times, there’s not exactly a shift, but there is more activity happening on the independent side, in part because of things like the CMF that makes them a viable and robust environment for either people leaving triple-A to start studios, as is happening in some cases, and also people who are trying to go straight into independents, like the example of 13AM and Runbow.

That’s where some of the challenges remain in terms of the appropriateness of different funding schemes and tax regimes and policies and talent pipelines. Are they serving both sides of the ecosystem, or only one? That’s almost a whole other discussion. But even going back a few years ago, the scene really was dominated by the multinationals. Probably 10 years ago, I remember saying that despite all the success in Canada, the presence of those big studios was a precarious situation, because we didn’t have a more robust, more dynamic ecosystem around them. I was quite worried that all of a sudden, if things shifted, the multinationals would leave town and we’d be left with nothing.

Over the past 10 years we have seen the continued growth and success of the multinationals, but also the emergence of the independents. That helps create a much more strong and versatile ecosystem.