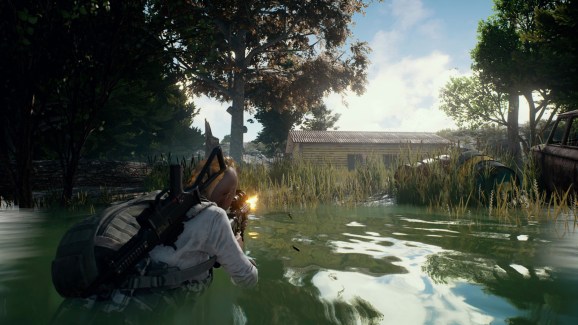 Bluehole Studio announced today that PlayerUnknown’s Battlegrounds has hit the 10 million sold milestone. The Battle Royale multiplayer shooter has been available for PC in Early Access since March.

That is a lot of games to sell before an official release, but PUBG has become a special kind of hit. It even managed to have more simultaneous players online on Steam than Dota 2, which has long been the king of that PC gaming community (and Valve owns both Dota 2 and Steam). According to Bluehole, PUBG’s highest concurrent players count reached 970,000.

10 MILLION SOLD! Never did I think we would reach such a number! Thank you all for your continuing support of the @PUBATTLEGROUNDS team <3

There’s really no reason why PUBG’s success should slow down. The game just had its first major esports event, the PUBG Invitational, last month. Bluehole is also planning a launch on Xbox One by the end of 2017. Releasing on a home console can open the shooter up to a new audience of gamers.

“It is amazing and gratifying to see the love and support the passionate fans have shown to PlayerUnknown’s Battlegrounds,” stated Chang Han Kim, vice president and executive producer for Bluehole, in a press release sent to GamesBeat. “Watching the thrilling moments during the PUBG Invitational with the great feedback from viewers is a realization of the continuing popularity of PUBG, and our team is working diligently to bring a solid gameplay experience for full launch on the PC and Xbox One Game Preview versions later this year.”