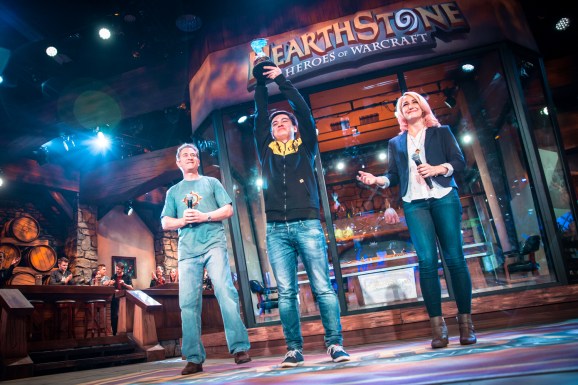 Blizzard announced today that it is creating a state-of-the-art esports facility for live events in Los Angeles. The Blizzard Arena Los Angeles will open on October 7 at the former The Tonight Show stage in Burbank Studios. This was where Johnny Carson and Jay Leno hosted the show until Jimmy Fallon took over in 2014 and moved it to New York City.

Blizzard has long invested in competitive gaming. Many of its popular games — including Overwatch, Hearthstone, and Heroes of the Storm — have thriving esports scenes. This venue gives Blizzard a permanent location to host tournaments and other events. It’s an investment that can save them money in the long-term as they won’t have to keep renting out venues.

Blizzard’s competitive gaming plans include its Overwatch League, a city-based league that promises regular salaries for its players. The Blizzard Arena Los Angeles’s first event on October 7 and October 8 will host the Overwatch Contenders Season One Playoffs, which will crown the top Overwatch teams in Europe and North America regions.

On October 13, the venue will host the Hearthstone Championship Tour’s Summer Championship. Heroes of the Storm and World of Warcraft will hold championship tournaments at the arena toward the end of October. The Blizzard Arena Los Angeles will also include a retail shop with rotating merchandise.

“We’re at a tipping point for esports, and we look forward to helping usher in a new era of competition-based entertainment,” said Mike Morhaime, chief executive officer and co-founder of Blizzard Entertainment, in a press release sent to GamesBeat. “As we open the doors of Blizzard Arena Los Angeles and welcome fans from around the world, we’re honored to bring the best in Blizzard esports to the same stage that some of the biggest names in entertainment have called home.”