Triple-A developers are looking for more control over the games they make. They want smaller teams where they can act more as auteurs … so some are starting their own companies and taking the role of CEO. That’s because gaming has always had a combination of entrepreneurship with its auteurship.

The director is the top of the film-making pyramid, but in game development, that’s the CEO. Bleszinski, Jaffe, and Inafune probably all had daily dealings and struggles with their previous executives. They likely realized to avoid ever having to compromise again, they would need that title themselves. To run the show, they need to run the company.

Independent developers don’t really have that same compulsion to operate their own studios as CEOs. Persson lets someone else hold that top job at Minecraft developer Mojang. Jonathan Blow doesn’t even really have a title at his studio, Thekla. Edmund McMillen and Tommy Refenes are just two guys making a game together.

That same thing that keeps them from calling themselves CEOs is probably similar to what has them all happy continuing to produce games on their own.

“Me going to direct Assassin’s Creed would not be a step up for me. It would be a step down,” Blow told GamesBeat. “[It would represent a loss of freedom in what I choose to do and a decreased quality of life.”

Earlier this year, Ubisoft released Watch Dogs. It’s an open-world game that tries to re-create a science-fiction alternative-world Chicago where players can hack the city using their smartphone. You can go anywhere in Chicago and do anything, and it took hundreds of people to make it.

As people played Watch Dogs, developer Hello Games was showing off its upcoming indie game No Man’s Sky. This sci-fi space-exploration game gives players the option to do anything and to go anywhere through an entire galaxy. Every player starts out on their own planets, which features unique flora and fauna.

The crazy thing is that Hello Games did the bulk of the work on No Man’s Sky as a four-person development team. Four people built a game that creates a galaxy while Ubisoft is employing hundreds to make Chicago.

Blow points out that more developers are starting to discover they have the power to do whatever they want without having to go through a publisher.

“Yes, the budget is higher [with triple-A], but I don’t care about that because I can do everything I want within the budget I have available now,” said Blow.

Development kits like Unity and Unreal Engine are making it easier than ever to build gorgeous 3D environments and characters. Sony, Microsoft, and Nintendo are all welcoming developers to publish their own games digitally. Steam is enabling people to release unfinished games and use the proceeds from the sales to finish the titles.

Bleszinski could have stayed at Epic, but he’ll probably end up making the game he really wants now that he’s on his own, and it will probably look just as beautiful as a game from a big studio.

Then we have the money

Blow told GamesBeat that he doesn’t think the movie comparison works because directors are financially motivated. They’ll get the really big paydays by taking the blockbuster projects. Blow said he’s not financially motivated, and I believe him — but he also stands to make plenty of money when The Witness finally debuts on PC, mobile, and PlayStation 4 later this year (hopefully).

That’s true for everyone that is going from triple-A to independent and everyone who is an indie sensation now who doesn’t want to go on to direct the big property for Activision or Electronic Arts. Those companies might pay well, but it’s not so much better that it makes up for giving up the aforementioned freedom or quality of life. 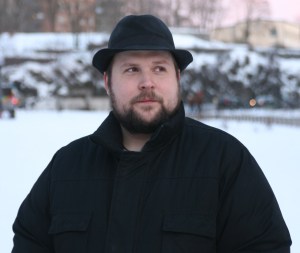 “At the low end, indie money is a lot lower, and at the high end, indie money is a lot higher,” said Blow. “Notch has like a billion dollars, which is not an amount that any programmer or designer working for Ubisoft could ever make. A bunch of indies have many millions of dollars, which, again, is pretty rare for people working regular jobs in the mainstream. You probably have to have owned a chunk of a company to get that.”

Blow notes that a lot of indies are eating ramen and struggling to pay their rent. Those people, the smaller studios living game from game, could benefit from the regular paycheck that someone like EA provides — although that’s not a problem Bleszinski, Reynolds, or McMillen are really going to face.

If Reynolds’s new strategy game takes off, for example, it’s possible that it could end up as the next Clash of Clans. That mobile-social strategy game made nearly $1 billion last year. As CEO of the developer, that level of revenue would turn Reynolds into a millionaire.

And that’s really the big thing when it comes to why triple-A developers are going independent while the reverse isn’t happening. Going from independent to triple-A isn’t a step up. You’ll get more creative freedom, more prestige, a more tight-knit team with the potential for a game that looks and feels as good as a triple-A release. If all that’s true and you stand to potentially make more money? Well, I don’t think we’re done seeing recognizable talent leaving cushy positions with publishers to start their own thing.

Not every triple-A developer is going indie

Obviously, someone like Mario and Zelda creator Shigeru Miyamoto is probably going to stay at Nintendo for the rest of his life. Same thing with Metal Gear Solid creator Hideo Kojima — even if he started his own Kojima Productions studio inside of Konami. These industry legends aren’t the only ones who continue to work within the publisher system.

Raymond joined Ubisoft in 2014, and she has worked her way up to an executive producer role within the organization. She is continuing her ascent up the executive ladder as she is now the managing director of Ubisoft Toronto.

Ancel joined Ubisoft way back in 1990. He came up with the idea for the platformer Rayman and directed the beloved action-adventure game Beyond Good & Evil. He is most recently responsible for Rayman Origins in 2011 and Rayman Legends in 2013. While he works in the publisher system, he seems to have some creative freedom on his games. At the same time, Ubisoft does still exert a large amount of pressure on him. In 2013, the company had the developer go back and port Rayman Legends to a variety of platforms after previously promising it as a Wii U exclusive. Ancel and his other developers at Ubisoft Montpellier were famously not happy with that.

The truth is that when a developer can find creative freedom without having to start their own business, that is likely an ideal situation for many.

“Starting a business is a whole different beast then just making a game,” Ubisoft producer Patrick Plourde told GamesBeat. He went from working on Far Cry 3 to directing his own role-playing game Child of Light at the publisher. “Maybe I’m a special case, but right now I have so much freedom creatively that I don’t feel the need to go out and ‘make the game I always wanted to make.’ I am already making them now. It’s really easy to assemble a team of super talented people to make the game happen, and we can get a lot of exposure on the project that would be more difficult if I would be on my own.”

So not everyone is abandoning the publisher system even if it seems that way. Still, it’s hard to imagine a lot of independent developers trying to work their way up to Plourde’s position when they can get something similar on their own.