You don’t have to spend any money in PlayerUnknown’s Battlegrounds to get the full gameplay experience after purchasing it for its $30 price on Steam, but I’ve had a good time doing so. I’ve also had fun making some of my money back through the Steam Marketplace, where I can sell digital items to other players. This dynamic has added to my enjoyment of PlayerUnknown’s Battlegrounds, even though I don’t think I’ve ended up with any items that I particularly like. 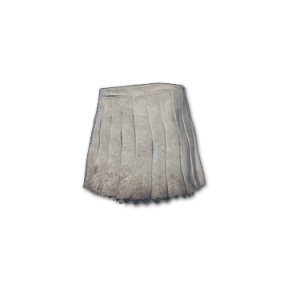 Bluehole Studio, which launched its take on the Battle Royale genre in March under the Early Access program for unfinished games on Steam, has no plans to charge players for new maps, weapons, or any other content that’s critical to the core experience. Instead, it is paying for ongoing development by enabling players to buy boxes that could contain rare cosmetic items. So far, I’ve spent about $70 on a combination of loot crates and keys to unlock special crates. Most of that was done with the hopes of getting one of the extremely valuable items that sell for over $100 or $300 in the case of the white school skirt.

And if you can’t imagine anyone paying the $305 dollars that the skirt is selling for right now, keep in mind that over 13,000 people have active offers to buy it once it reaches the low, low price of $285.

After putting $70 into Steam to buy these digital goods, I never got the skirt. If I had found it in a loot box, I probably would’ve sold it immediately. And I can see how someone might argue that the game took advantage of me. The skirt is worth money, and I was chasing it. I was gambling.

I don’t care if PUBG took advantage of me. I could try to live a life where I never buy anything from someone trying to capitalize on my human weaknesses, but I don’t think I would make it in a utopian commune; I like processed food too much.

But more than not minding Battlegrounds manipulating me, I enjoyed it. It made my gaming experience better. I wasn’t just buying the loot crates, I was also earning them by playing the game. Each round you play earns you some Battle Points, which is what Bluehole calls the in-game currency. The better you do, the more points you get. Of course, it takes a lot of time or a lot of impressive performances to earn enough for your third or fourth crate in a week specifically to encourage you to spend real money to buy the crates from the Market.

And again, I know that’s manipulative, but it’s a manipulation that gave me the sensation that the time I was pouring into the game was worth something. And then I was glad that I had a way to buy the crates.

The phenomenon of a customer wanting to be manipulated is not unique to games. This is something retailer J.C. Penney points to as the reason its simplification experiment failed. When Ron Johnson, the person who founded the Apple Store, took over as chief executive officer, he made prices more transparent, got rid of coupons, and cut back on sales. The idea was that J.C. Penney would attract more buyers through transparent, easy-to-understand pricing, but that backfired when sales plummeted. Retail experts claim that J.C. Penney’s loyal customers preferred the obfuscated prices that forced shoppers to hunt for deals and coupons. People liked the sensation that they were getting one over on the store, which is another well-understood consumer behavior.

That desire to do a dance of manipulation also falls in line with a recent trend that consumers are looking for experiences and not things. And that’s exactly what PUBG’s loot boxes are providing me.

My microtransaction-spending reached its zenith just before the end of the special Gamescom Invitational Crate promotion. Bluehole introduced these crates to fund its first esports tournament at Gamescom in Germany, and Bluehole said it was going to stop giving players the option to buy those loot boxes with Battle Points soon after the pro event.

That last week was some of the most fun I’ve had with PUBG. I was playing a lot and having fun with friends, but I also had this meta adventure where I was risking my time and my money trying to get this rare item.

So the one of the big reasons I’m not salty about failing to get the skirt after spending $70 is because I was never trying to buy the skirt. That money was going toward the entire experience of trying to win that item.

Sure, I still spent more than I got back. And OK, I put some of that money back into buying more PUBG microtransactions. But I still have $32.76 in my wallet, and I’m done buying crates … at least for now. That’s going toward a new game whenever I get some time.

And while that is more manipulation, it still accomplishes something that I love: making the time I spent playing PUBG feel valuable. That’s a feeling that is easily worth $70 give or take a $30 video game.