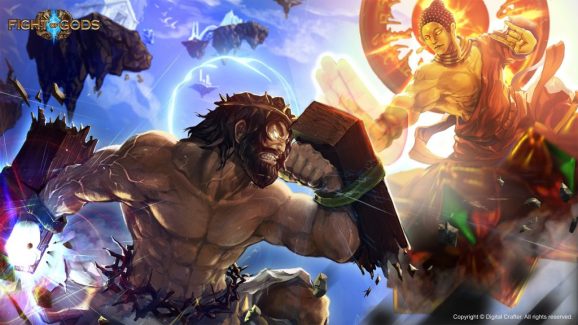 Jesus can smack Anubis upside the head with his stigmatas.

Malaysia temporarily banned Steam across its territory today allegedly in response to one game that violates its religious-and-racial-unity laws. That ban has ended, but some of the nation’s internet service providers are still blocking access to Steam. The game in question is Fight of Gods, which is like Street Fighter, but instead of Ryu and Ken who play as religious figures like Jesus and Buddha (although Ken is my god).

“Right now, players in Malaysia can access the games they own on Steam,” Valve communications boss Doug Lombardi said in a note to GamesBeat. “But the Steam Store is being blocked by some local telcos in Malaysia.”

The Malaysian government has said that Fight of Gods is a threat to “racial unity and harmony,” according to a report from local news site The Star. But the government of that country has not confirmed that is the reason for the ban directly to Valve, which owns and operates the massive PC gaming distribution platform Steam.

“From reports we are reading, this is due to a single game that conflicts with local laws,” said Lombardi. “We have contacted the developer, removed the game, and are attempting to make contact with the officials in Malaysia to remove the block. We apologize for any inconvenience.”

I’m attempting to reach out to the Malaysian government for comment, and I’ve sent a request for more information from Fight of Gods publisher PQube. I’ll update this post with any new information.

Steam went offline in Malaysia this morning according to reports on social media and news site The Malaysian Insight. The service came back online around three hours after going down, but the connection problems persist for many due ISPs blacklisting Steam. It’s not impossible to access Steam in Malaysia, however, as people are reporting that they can get full access to the store by using a VPN like Private Internet Access.