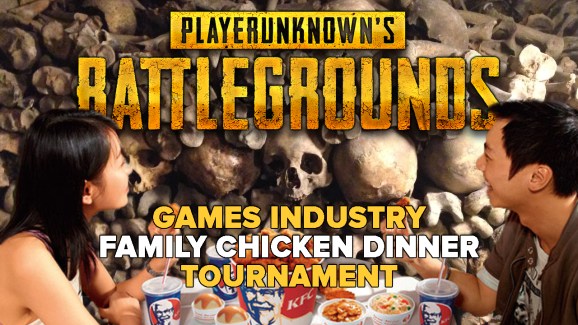 Death with a side of poultry.

We’re sharpening our guns and fidgeting with our machete triggers because it’s time for another PUBG Family Dinner. Once again, we’re hosting a little get together to shoot and maim one another in PlayerUnknown’s Battlegrounds. This is the megasuccessful Battle Royale shooter that has established itself as the game of the summer with more than 10 million copies sold since March and more than 1 million concurrent players on Steam earlier today.

The #PUBGFamilyDinner VI starts this evening at 8 p.m. Pacific time. If you want a reminder, follow us on Twitch and make sure you choose to get notifications.

For our Family Dinner nights, we try to get developers, composers, artists, journalists, critics, and other people from the gaming industry together in the same match so they finally can have a chance to shoot one another. We’ll see how well that still works now that Destiny 2 is out. But even if we only have a small crew of “insiders,” we’re still going to open up most of the games to all of you.

If you want to play or just watch, tune into our Twitch channel by pressing play below:

I’m also going to try to have a PUBG Extended Family Dinner Discord server, which you can join by clicking here.