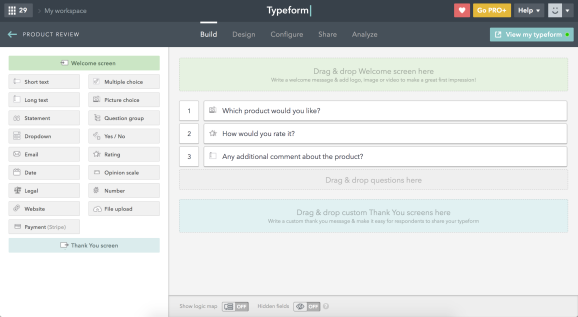 Popular online survey platform Typeform has raised $35 million in a series B round of funding led by General Atlantic, with participation from existing investors, including Index Ventures, Point Nine, and Connect Ventures.

Founded out of Barcelona in 2012, Typeform is setting out to create a “conversational approach to data collection,” as the company puts it. In real terms, Typeform is a cross-platform app designed to let its users create surveys and other kinds of forms that are simple, user-friendly, and easy on the eye. It’s also designed for the mobile-first, touchscreen-oriented user, with surveys presented in a format that’s easy to follow and interact with. 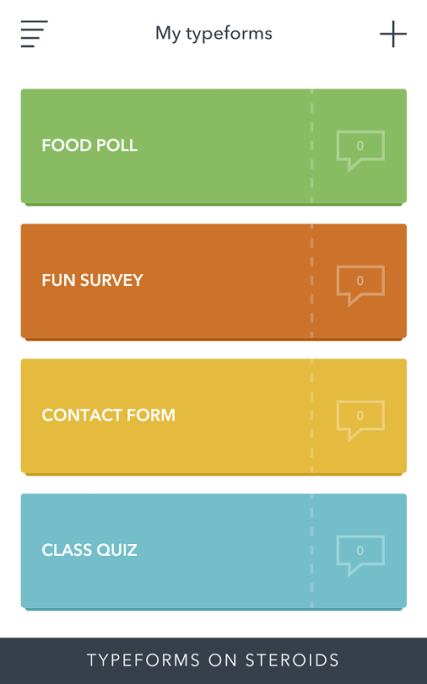 In terms of pricing, Typeform follows a freemium model, with a basic free plan that limits the number of responses and fields on a given form. Users can then pay a monthly subscription to unlock unlimited fields and responses, as well as additional features.

Prior to now, Typeform had raised around $17.5 million in equity funding, the bulk of which arrived via its series A round two years ago. With its latest tranche of financing, the company said it will double down on efforts to grow its platform and global aspirations.

“We are proud to be the first company to transform the online data collection space by creating conversational forms,” noted Typeform co-CEO and cofounder Robert Muñoz. “But now we’d like to take things further. Our partnership with General Atlantic will enable us to continue to bring world-class technology to our customers while further empowering our community of developers by bridging the gap between data collection and customer interaction.”

The funding announcement also coincides with the launch of a new developer portal that serves as an expansion to Typeform’s existing developer platform and ushers in greater access to the company’s API. The expansion is designed to help companies use Typeform in conjunction with other products. One example Typeform mentions is a new integration with email marketing service MailChimp that will allow companies to collect emails in MailChimp lists from a Typeform survey. Developers will also be able to create “more intuitive, custom-made survey forms than ever before,” the company said.

“Digital forms are transitioning from a simple data-collection tool into an integral part of the customer engagement journey,” added General Atlantic growth investor Chris Caulkin, who will now also join Typeform’s board of directors. “With its developer-targeted go-to-market strategy and versatile, highly customizable product, we believe there is a significant opportunity for Typeform to continue to grow.”