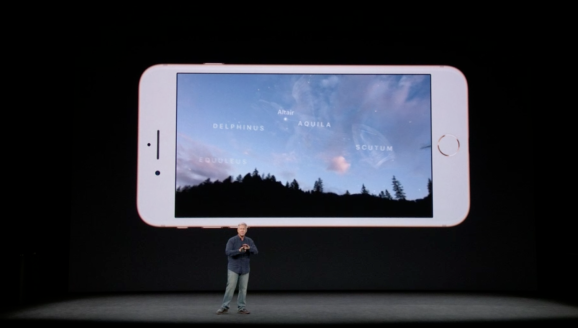 Apple showcased a few apps and games that will be supporting ARKit right out of the gates at its 10th anniversary event today. The augmented reality software developer kit was announced earlier this year at the Worldwide Developer Conference and will be available on the new iOS 11 launching on September 19.

The company started off with Pixel Toys’ Warhammer 40K: Freeblade, and older game that will be getting spruced up with new AR elements.

Major League Baseball’s At Bat app was up next, demoing an AR overlay that will highlight player stats and scores when people hold up their phones while watching a baseball game. Similarly, Fifth Star Lab’s Sky Guide will show constellations and other information superimposed over the night sky.

Directive Games also showed off its real-time multiplayer game The Machines, which will be an iOS exclusive and is designed specifically to be played in AR.