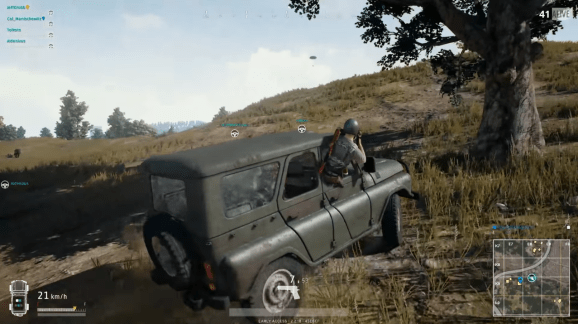 The backseat drivers will now sound like they're in the backseat.

PlayerUnknown’s Battlegrounds is getting a new voice technology that could help give players better positional awareness. The Battle Royale shooter is massively successful, but many of its 10 million owners still struggle to figure out how to convey information about their positions and enemy movement to their teammates. Bluehole Studio announced today that the developer is introducing Vivox’s positional 3D audio for voice communications in Battlegrounds.

With Vivox, a person next to your right ear in the game will sound like they are that close when they speak. If another teammate is in the distance behind you, you’ll hear that as well. The idea is to introduce more realism to Battlegrounds, but this will also provide important tactical information. If you can tell where your squadmate is when they scream, “Contact right in front of me,” you could react faster with that extra information.

“From the very start of development, our goal was to create the most immersive and complete Battle Royale experience on the market today,” Bluehole creative director Brendan “PlayerUnknown” Greene said. “We were aware of Vivox’s capabilities from its previous game integrations, and its 3D positional voice technology was a must-have for us, and the stability and support they provide to development teams saved our studio weeks of effort.”

Publishers such as Ubisoft and Wargaming have used Vivox in Rainbow Six: Siege and World of Tanks, respectively. But Battlegrounds is one of the biggest games in the world right now, and so this tech could raise the profile for Vivox. This public roll out of the tech should also draw attention from the millions of players who may notice a difference in how voice communications work. If Vivox can associate itself with that, it could get to a point where consumers demand to see its tech in future games.

“Even after a hundred game integrations, we’re always excited to see a game utilize our capabilities to enhance gameplay and community engagement for players,” Vivox chief executive Rob Seaver said. “Bluehole has done a fantastic job and has shown how much core pieces of technology, like 3D voice comms, can change player experiences.”