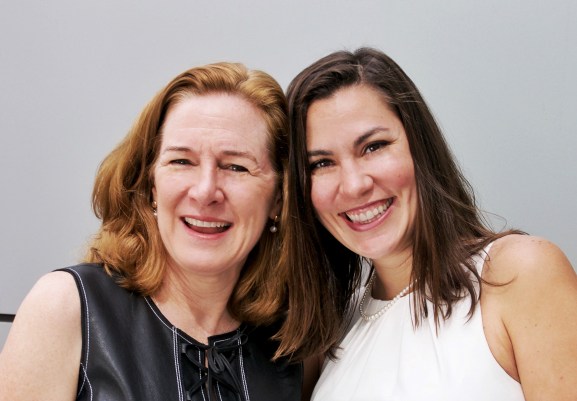 Jennifer Gill Roberts and Kelly Coyne believe in hardware. Today they announced the merging of their respective firms, Grit Labs and Pitch, to launch an institutional seed fund focused on AI and robotics. They are keeping the name Grit Labs and kicking off the fundraising process with a $30 million target for their Fund I.

“AI is driving an entirely new type of founder who has a deep expertise in the matter,” said Coyne, in an interview with VentureBeat. “They aren’t coming out of boot camps, they come from postgraduate programs or R&D labs.”

Coyne and Roberts want to work with these founders by providing them with seed money, but also by coaching them from prototype to launch — and this is where the duo’s skills are complementary.

Roberts cofounded Grit Labs in 2015 and already has a few portfolio companies under her belt, including Rhumbix, which Greylock Partners co-invested in, and Moxxly, which was recently acquired by Medela. Last year, Coyne founded Pitch, a firm that helps early stage startups with fundraising, branding, marketing, PR, and launch logistics.

The two will focus future investments on B2B robotics. With offices in both San Francisco and Menlo Park, Coyne and Roberts will be leveraging their expertise to get into the nitty gritty of hardware and engineering. “We’re not investing in gadgetry, IoT, or fitness bracelets,” said Coyne. “We’re very focused on AI-driven robotics, which is much more complicated from a software point of view.”

Ties to their alma maters — Stanford for Roberts and Oxford for Coyne — are part of their sourcing strategy (think StartX accelerator). But they aren’t limiting their search to these two universities, nor to the broader academic world. In fact, they are currently doing due diligence on a startup in Palo Alto from SRI International, which has pulled off more than 60 spin-offs to date.

Funding-wise, Grit Labs wants to be the first institutional money in. Founders may have already received grants or money from friends and family, but the firm wants to be a part of the pre-seed round, allocating between $250,000 and $500,000 to each startup. “We then participate in the subsequent seed round and team up with venture guys for follow-on investments when the founders are ready for their series A,” said Roberts. So Grit Labs would invest between $1 million and $2 million total in each of its portfolio companies.

According to Coyne, there has been a notable shift in hardware prototyping, as founders are already working on prototypes before they close their pre-seed round. “There has been an enormous rise in 3D printing, which draws the cost of prototyping down,” she said. “There is also an increased understanding of big data and open source software, which enables founders to leverage all of this learning to get to a piece of hardware that is functioning.”

Even though Roberts and Coyne are in no way playing the “woman card,” they make a valid point: Female founders are more successful when paired with a female investor at the seed stage, something recently highlighted in a Harvard Business Review article. And diversity in building the future of AI is just as important, according to the duo.

“AI shouldn’t be defined by one gender or one race,” said Coyne. “There have already been cases of racism and sexism in AI. Having a diverse set of minds behind the funding and building of these companies is the best thing we can do to ensure that we have all the angles covered.”