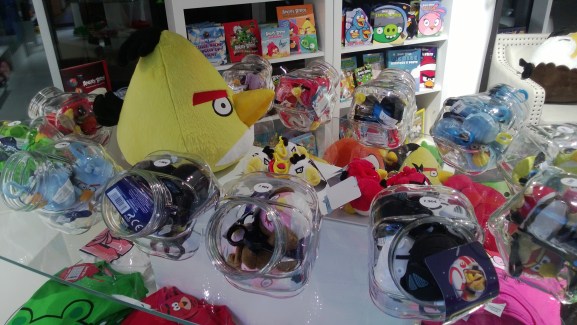 Finland’s Rovio announced today a price range for its initial public offering of stock that would value the company between $956 million and $1.07 billion.

The company said it will issue $36 million worth of new stock at a price range between $10.23 per share and $13.72 per share. Rovio has said it plans to use the money to expand its mobile gaming business and make acquisitions, though it did not specify exactly how many new shares it would make available.

The biggest winner in the deal will be Kaj Hed, the company’s former chairman and owner of reportedly 69 percent of the company via his investment vehicle, Trema International Holdings.

In the filing today, Rovio noted that Trema will sell 18.36 million shares, which could be worth $250 million if the IPO prices at the high end of the range. After the IPO, Trema will still hold 36.6 percent of the company’s stock.

Rovio also said all shareholders combined, which include such firms as Atomico and Accel Partners as well as Trema, would sell 34.3 million shares. That could be worth as much as $470 million.

Thanks to the worldwide sensation of Angry Birds, Rovio has become one of the hottest gaming properties on the planet. The ability to milk that hit seemed to hit a wall in 2014. In December of that year, the company fired 110 employees and closed one of its game development studios to stem the bleeding.

But the company has been on a bit of a comeback this year, thanks to new games and and a hit animated film based on its Angry Birds franchise. Rovio’s revenues almost doubled the first six months of 2017, compared to the same period in 2016. In 2016, revenue jumped more than 30 percent over 2015.

That’s all good new for Kaj Hed, who was essential to the creation of Rovio. The company’s cofounders include Niklas Hed, his cousin Mikael Hed, Kim Diker, and Jarno Väkeväinen. Rovio raised its first round of funding in 2005 from Kag Hed, Mikael’s father, when it originally adopted the name.

The company said it would begin open a subscription process for interested parties to request shares starting September 18 on the Nasdaq Helsinki. It expects trading of the stock to begin on October 3.