Jen MacLean, a 25-year veteran of the video game industry, is the new interim executive director for the International Game Developers Association (IGDA), the world’s largest nonprofit group serving game developers. MacLean has already been serving as managing director for the association’s charitable arm, the IGDA Foundation, and will continue in that role.

MacLean started as a play tester at MicroProse, which J. W. “Wild Bill” Stealey and Sid Meier founded in 1982. The company made simulation and strategy games, including Civilization. She went on to work on the Games Channel at AOL and was an executive for games at Comcast. She was CEO of 38 Studios, the ill-fated venture by baseball star Curt Schilling, who wanted to build a massively multiplayer online role-playing game to compete with World of Warcraft. More recently, she served as the president of StoryArc Media, a kid-focused entertainment company that Jeff Kinney, author of The Diary of a Wimpy Kid series of books and movies, created.

MacLean replaces Kate Edwards, who resigned from the post at the end of June after a five-year stint. Edwards, now at consulting firm Geogrify, took on a lot of controversial issues that included crunch time (or working unpaid overtime) and Gamergate.

The IGDA has more than 8,000 members across 130 chapters around the world. MacLean will serve in the role at least through March 2018. She said that it is easier than ever before to become an independent game developer, but her aim is to enable the IGDA to help more developers realize a fulfilling career in game development. A glut of games exists in the market, and many developers fail to make their games stand out from the crowd. MacLean has been an IGDA member since 2000, and she served on its board of directors for three years. She has run the IGDA Foundation for more than a year, where her goal has been making the games industry more inclusive and diverse. She will report to David Stelzer, chair of the IGDA board and a manager at Epic Games.

I interviewed MacLean about her new role. Here’s an edited transcript of our discussion.

Above: The IGDA is the world’s largest nonprofit group serving game developers.

GamesBeat: So, you’re making it official? You’ll be running the IGDA.

GamesBeat: Are you going to continue your job with the foundation as well?

GamesBeat: How long have you spent in games?

MacLean: I’ve been in the games industry for 25 years this summer. I started as a play tester at MicroProse. The first game I tested was called Darklands, a role-playing game set in Germany. It was truly ahead of its time. It was so big it came on 10 floppy discs. We had play testing set up in a hallway, so we would pass the discs down from computer to computer, one by one. I got the chance to spend a lot of time with Civilization, and I was the lead tester on Civilization II.

For a 20-year-old kid, having the chance to work with people like Sid Meier and Brian Reynolds was such an amazing experience. I learned so much — not just about game development but about how you should work with people and treat people. We were in Hunt Valley, which is just outside Baltimore.

GamesBeat: How do you describe the job of the executive director? What are your responsibilities?

MacLean: The most important task is to help game developers around the world be successful in their chosen career. Success means different things for different people. For some people, it’s a credit on Grand Theft Auto V. For other people, it’s running a small, stable indie studio. To me, I see my mission and the mission of the IGDA as to give developers the tools and the advocacy and the support they need to achieve that success for themselves, no matter what it is. 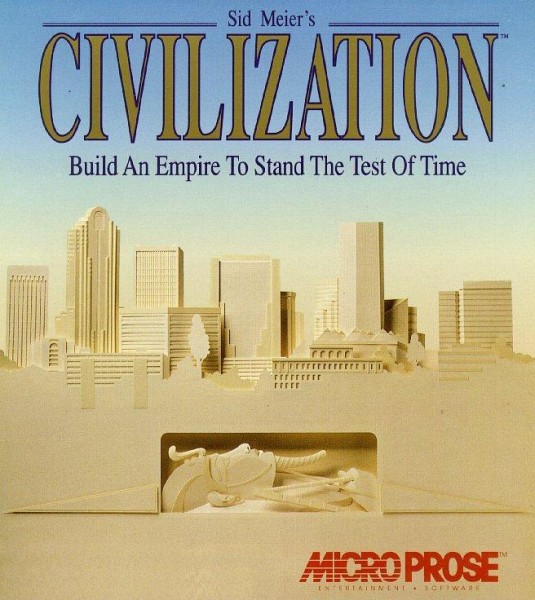 GamesBeat: What are some of the big issues you have to address or talk about in this role?

When I look at the industry today, it’s easier to be a game developer than it ever has been before. There are so many educational opportunities around games. When I think about my college experience, 25 years ago, I would have killed to study game design. At the same time, there’s such a glut of product on the market that it’s really difficult to succeed as a game developer. My position, and the position of the IGDA, is we’re here to help every game developer succeed. I think that education is a big part of that.

As the industry shifts more and more from full-time employment to a contract model, game developers absolutely have to understand and be aware of the implications, not just for their short-term employment but for their long-term physical, financial, and mental health. As game platforms proliferate, developers need to be aware of both the opportunities but also the considerations in developing games for platforms like mixed reality, augmented reality, and virtual reality. The IGDA has to take a leadership role to plan that transition.

I also think that one of the great things we’re seeing about careers in general is there’s a lot of flexibility and fluidity. The IGDA should be enabling people to come into game development from non-traditional paths and enabling people who may have left for a career in tech or elsewhere. We’d love to give them a path back to the industry.

GamesBeat: The IGDA, through Kate, had always met a lot of controversies head-on. How do you yourself address issues that game developers face?

MacLean: [Laughs] I’ve never been considered a shy or [reticent] person. I’ve faced my share of controversy when I was chair of the IGDA. I came out very strongly on the issue of credits, for example. I posted a strong letter about making sure that all developers who work on a title receive proper credit. Too often, only game developers who are with the company when a title ships get credit, and that’s not fair. I expect to continue that work, and Kate has set a fantastic example there.

I absolutely recognize the contribution of the executive directors before me. I was privileged to work with Kate when I was on the board. Having been on the board, having been chair of the board, I think I have a better sense of what I’m getting into than most people. … To me, I’m the custodian of a noble mission that’s been entrusted to very fortunate people. I’m continuing their work and hopefully, doing it in a way that makes a big impact in the lives of game developers.